Challenges of Brexit: squaring the circle on immigration and the economy 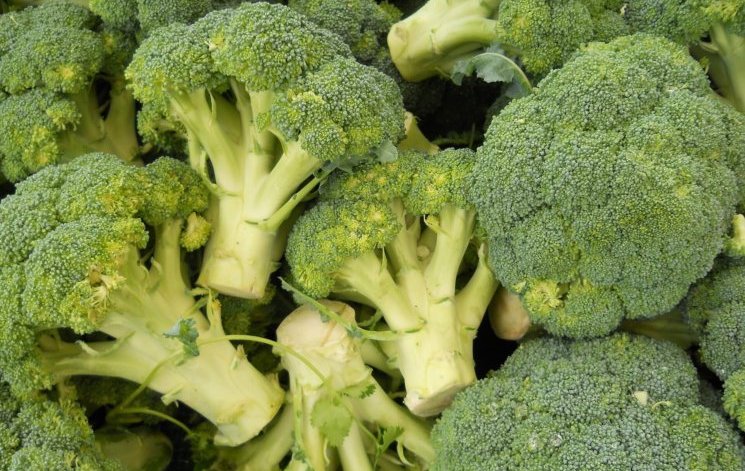 EU citizens from Poland, Bulgaria and Romania are going home and many will not come back next year. The berry fields of Tayside and Fife were short of the seasonal pickers they needed, the vegetable growers are struggling to get the staff they need, and the hotels and cafes are feeling the pinch.

Recently, I visited Barnsmuir Farm near Crail on the beautiful East Neuk of Fife, which supplies broccoli for every Morrisons supermarket in Scotland. At harvest time it needs 270 workers, and in the past most have come from Romania and Bulgaria. But since the referendum the farm has been struggling to get the workforce it needs.

The workers have faced a pay cut because of the fall in the value of the pound against the Euro.  The distance from home and the Scottish weather become more important when you don’t get paid as much. And they are wondering whether Britain really wants them when they hear that immigrants are a problem.

Some people may say that’s a good thing, as it leaves more jobs for local people. But that’s not working out either. Where are the British workers queuing up to take the place of the departing Europeans?

The growth at Barnsmuir has come with the advance of technology and the availability of good workers in sufficient numbers.  Longer picking seasons mean a greater demand for pickers. Even if every available east Fife worker was to step forward there would still not be enough of them to meet the demands of the work.

Even if the pound recovers, even if the weather improves, even if Scotland gets geographically closer to Bulgaria it will still take years to recover from the impression that Britain doesn’t want any foreigners in our country.

In 10 years the Scottish food and drink sector has grown 44% to £14billion. The Scottish Food and Drink strategy aims to double that by 2030 to £30billion. That will be impossible without the workforce needed to drive growth in the fruit and vegetable sector.

This reveals one of the challenges of Brexit: squaring the circle on immigration and the economy. Many people who backed Brexit will insist that a reduction in immigration is needed; yet that will hit the economy.

What is also true is that researchers in our universities are being denied opportunities in EU research programmes. Anton Muscatelli at Glasgow says “There have been at least three instances over the last six months where we were trying to attract senior professorial level appointments – not all EU by the way, some were non-EU but they wanted to come into the European Research Area. And [they] basically said: ‘You know there’s uncertainty at the moment whether the UK will be part of the European Research Area and therefore we will wait and see.’”As well as the loss of lead status and the loss of world class researchers they are concerned about losing the best European students and research funding.

There is an expectation that with Brexit immigration will be cut.  Without a cut to immigration there will be further disenchantment with the political system. Cries of betrayal and broken promises will be heard. Yet that cut to immigration poses a direct threat to two major sectors of our economy.

The Conservatives face a choice: damage the economy or betray the voters who backed lower immigration.  This is a clash of conflicting priorities and the Government are making no attempt to explain to the British people that they cannot choose both.

The Conservatives should not skulk, they must explain, as they voters will find them out sooner or later.

I believe there will be a demand from the public for a say on the final deal when it emerges.

I do appreciate the sense of fair play. Remain lost, the argument goes – we should accept the vote and leave the EU without question.

Well it is my job to question. If I see that something is damaging our country, I have a duty to act no matter how unpopular that is with some. That does not mean that I, Willie Rennie, will singlehandedly overturn the expression of democracy that was the EU referendum. I can’t do that and I won’t even try. What is legitimate is for the British people to do that. They should have the right to reject a bad deal on the EU.

We were not given the detail last June. All we had was slogans on the side of a bus. Slogans that triggered the United Kingdom Statistical Authority to write a formal letter to the Foreign Secretary to say they were simply incorrect.

So when we see the detail the decision whether to accept it or not should be with the British people. Why should Theresa May and her cabinet be the only ones to decide whether the deal is good enough?

I respect the result of the referendum and I respect the British people so much that I believe they should decide whether to go ahead with the divorce. That is respectful and it is democratic.