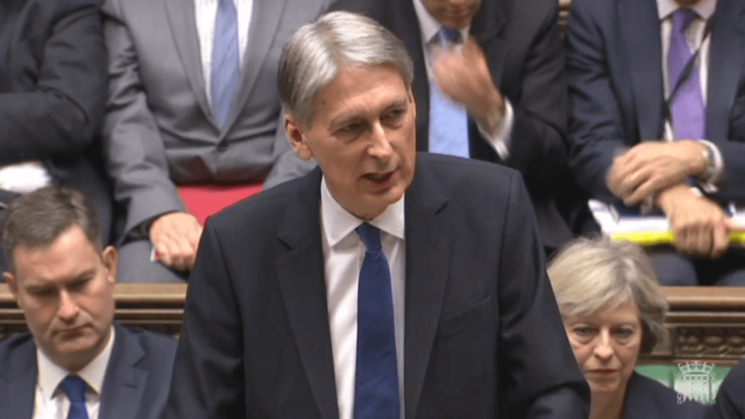 Although one of the early signals from the government following the referendum was that there would be a ‘reset’ of fiscal policy, the Chancellor’s Autumn Statement does not presage fundamental change in approach. On the contrary, it is a rather cautious mix of sensible measures aimed at dealing with some of the long-term weaknesses in the UK, such as shortcomings in infrastructure and housebuilding, and various specific initiatives, ranging from an Oxford to Cambridge transport link to an easing of the tax burden on universal credit recipients.

The obvious explanation is that, to the extent the accompanying forecasts from the Office for Budget Responsibility (OBR) can be believed, the economy will grow somewhat more slowly over the next couple of years than was previously expected. With the public debt now expected to be higher, Philip Hammond, in short, had only limited room for manoeuvre and has chosen not to take risks. One of the reasons for slower growth is the uncertainty surrounding the process of Brexit. The economy has so far proved to be relatively resilient, with no real sign in the third quarter of 2016 of a slowdown and jobs continuing to be created.

As I have explained elsewhere, caution is needed in interpreting these early economic indicators, because the Brexit process proper has barely started and the devaluation of the pound since June has boosted the economy without feeding though into inflation. But before long inflation will pick-up in a way that will lower the spending power of consumers and the OBR also identifies other structural changes associated with Brexit likely to lower output.

Perhaps the most significant measure in the proposals is the establishment of a new fund aimed at boosting the weak productivity performance of the UK. The headline total of some £23 billion over five years looks impressive and should, indeed, go some way towards addressing the problem. However, an average annual figure of £4.6 billion – equivalent to just 0.25% of GDP –  though not to be sneezed at, is only a moderate boost to public investment and will do little to redress the investment gap that has emerged in the UK in recent years. There is also the perennial British problem, capture in the acronym ‘BANANA’ (build absolutely nothing anywhere near anyone) that the UK planning process is so prone to delays. It takes a major and sustained effort to enable an economy to shift gear. The Chancellor will, therefore, be praying for a substantial response from private investors.

The overall message from the Autumn Statement is that a cautious Chancellor is aware of the challenges facing the economy and has taken some action to forestall future problems. By not doing much now, he will have more in reserve in case the uncertainty around Brexit negotiations or geo-political development results in a loss of confidence by consumers or business, whether in the UK, the EU or the global economy. Not for nothing is he know as ‘spreadsheet Phil’.

By Professor Iain Begg, senior fellow at The UK in a Changing Europe