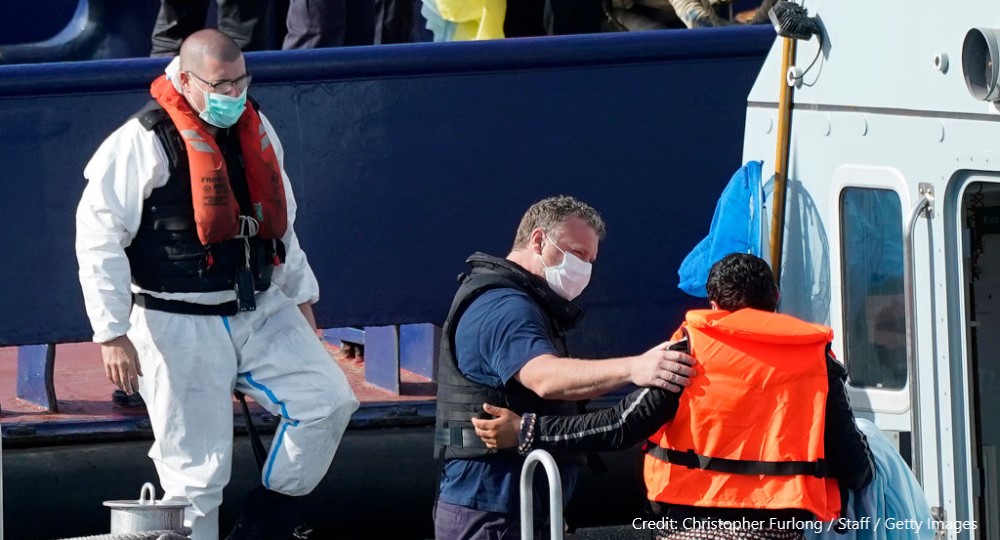 The past few months have been rocky for Franco-British cooperation on migration, with Priti Patel denouncing channel crossings and the dire conditions of migrants living in the streets of Calais and other cities in northern France.

A ‘Clandestine Channel Commander’, Dan O’Mahoney, has even been given the job of making the crossing route unviable for small boats.

Channel crossings are on the rise, with around 5,000 crossings this summer and the interception of 409 migrants in a single day on 2 September. Albeit statistically insignificant compared to other part of the worlds, these numbers call into question the state of the Franco-British cooperation.

Why are more migrants crossing the Channel? To what extent may Brexit and Covid-19 play a role in these crossings? What’s the state of Franco-British cooperation? How will it evolve after Brexit?

Two decades of bilateral maritime and border cooperation has not deterred migrants from crossing the Channel.

The choice of crossing by sea can be explained by the fact that crossing by truck – hiding in the back of a lorry, essentially – has become more difficult ahead of a no-deal Brexit. People smugglers also use Brexit to encourage migrants to cross as soon as possible, before the end of the transition period.

But Brexit is not going to change anything, except making the sea crossings more attractive to migrants: the withdrawal of the UK from the Dublin Convention (which currently allows it to return migrants back to Europe following the principle of the country of first entry, and to organize family reunification) will increase the vulnerability of migrants in the absence of a new legal framework.

The scandal of 39 Vietnamese trafficked from Belgium and found dead in Essex in a lorry trailer driven by a British nationals show that irregular immigration and the danger of crossing the Channel, by land or sea are not new.

There has been heightened bilateral cooperation between France and the UK, the announcement of several action plans in 2019 and more investment in border control and patrolling, increased joint funding, and surveillance equipment.

In spite of all this, migrants are on the move and continue to cross. Following the surge of migrants in July and the arrest of 11 people involved in ‘enabling the facilitation of illegal migrants’ the two governments announced the creation of a Franco-British Operational Research Unit.

Both countries share the same practice of deterring irregular migrants, whether it is in the streets of Calais or on the Essex beaches. The UK, in the spirit of ‘taking back control’ is crafting a policy for high-skilled migrants whereby it effectively shuts out refugees and irregular economic migrants.

The public discourse on those crossing illegally is that the UK should intensify cooperation with France and to make the Channel crossing route unviable.

Beyond Brexit, bilateral operational cooperation is likely to continue outside of any EU framework and to be regulated by Le Touquet agreement (2003) and the Sandhurst Treaty (2018).

However Brexit means the end of the Dublin Convention and therefore returns and expulsions of people who have reached the UK from France will be more difficult in the absence of a future agreement.

According to a French diplomat, between 1 January 2019 and 31 august 2020, the UK has returned around 100 people back to France. Although these numbers are relatively low, since 2016 the Dublin Convention has also enabled family reunification in the UK for 3,000 people according to Safe Passage International.

More recently one of the key concerns of Safe Passage International is that in a post-Brexit UK, unaccompanied children reaching the UK would be most at risk. By exiting the Dublin Convention, the government has no plan for family reunification, leaving it to government discretion.

It has warned that in the absence of any measures children and separated families will ‘have no choice but risk their lives’ and cross the Channel, indicating a potential surge of crossings after December.

The UK government’s plan to reunite unaccompanied child asylum seekers living in the UK or in the EU after Brexit has been rejected by the EU in a period of tense negotiations.

Similarly on the French side, although the gendarmerie maritime rescues migrants at sea and has adopted a position where if the boat is not in danger it escorts it towards the British waters, the situation on land is not improving.

Several well-known organizations have long denounced the actions of the police and its brutality against migrants living in the streets of Calais and its surroundings.

The government has forbidden humanitarian NGOs from distributing essentials to migrants. Migrants are experiencing daily harassment by the police, and the French authorities are shunning their responsibility to provide a safe and secure environment for these vulnerable populations.

A post-Brexit perspective on Franco-British cooperation unfortunately does not bring good news for migrants and refugees. The thirst to be reunited with their families and relatives in the UK is likely to continue to push them to cross the Channel.

Because Brexit will definitely make truck crossings more difficult, it is likely that sea crossings will increase. In the absence of proper family reunification plans with the EU, operational border cooperation will continue to deter migrants.

What is more worrying is that although the 2019 joint action plan states that maritime missions have the objective to ‘prevent the loss of life at sea’, there is no talk of rescue at sea.

There seems to be little appetite on the British side to make Channel crossings safer.

While Priti Patel has rightly denounced the dire conditions of migrants living in the streets of Calais and other northern French cities, she has also declared that she wants this route to become ‘completely unviable’ for migrants to cross.

Possibly the challenge for both the UK and France as part of the European Common Asylum System is to re-think what type of asylum agreement could succeed to Dublin.

Returning migrants back to Europe will necessarily drive the UK to sit around the table, particularly if it wants to continue to access databases such as Eurodac.

By Dr Sarah Wolff, Reader in European Politics and International Relations and Principal Investigator of the NEXTEUK Project, Queen Mary University of London.