Chasing unicorns? The 11 March deal, its aftermath and the Irish response 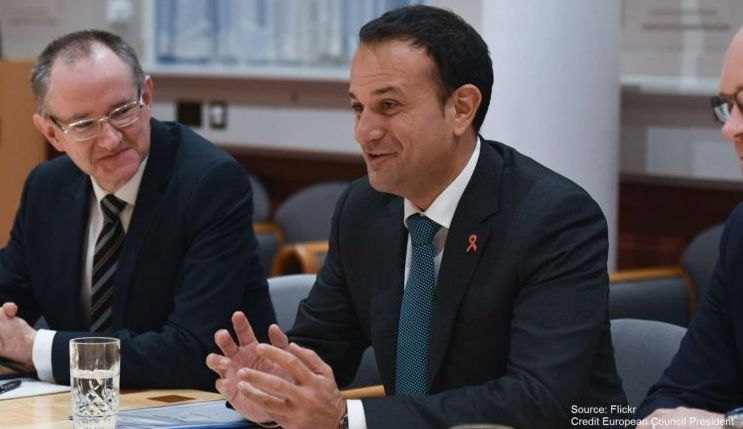 As the details of the EU-UK agreement on the night of Tuesday 11 March, followed by the drama of its rejection by the UK Parliament the next day, filtered through the media, the response of the Irish Taoiseach, Leo Varadkar moved from some muted remarks, to a blunt and highly frustrated response on 13 March.

The statement by Mr Juncker that Mr Varadkar had agreed to sign off on the deal in the interest of finding agreement also suggested that the Irish government was not very keen on some aspects of the deal – particularly the UK’s Unilateral Declaration. As before, the backstop took centre stage during the week, and the question of whether it was legally time-limited or not dominated.

The final deal on 11 March comprises a Political Declaration and a Joint Interpretative Document, but also a Unilateral Declaration by the UK. The Political Declaration sets out in broad parameters the future relationship, calling for ‘an ambitious, wide-ranging and balanced economic partnership’ across a range of areas. It is not contentious and reiterates the EU’s stated wish to develop a close trading relationship with the UK as soon as possible.

Similarly, as Tony Connelly points out, the Joint Interpretative Document in many ways repeats previous assurances in, and content of, the Withdrawal Agreement. However, it stresses it is a legally binding document, unlike the Tusk-Juncker letters, and it also emphasises the possibility of technological solutions to the border more emphatically.

It also emphasises ‘the clear and important link between the Withdrawal Agreement and the Political Declaration,’ which are ‘part of the same negotiated package’. Thus it seeks to reassure the UK Parliament that the EU recognises that the border issue and the future trading relationship are interlinked, even though it refused to hold the negotiations about the border and the future relationship simultaneously, largely in response to the Irish governmental fears that the border issue would be used as a pawn by the UK government.

The Unilateral Declaration received most media attention as it constitutes a new document both in form and content. Of particular interest has been the statement in the Unilateral Declaration that if the UK believes the EU is not behaving to its best endeavour to find an alternative solution to the border, then it could disapply the backstop, ‘under the proviso that the UK will uphold its obligations under the 1998 Agreement… to avoid a hard border on the island of Ireland’.

Thus, the backstop could be revoked, but subject to procedures detailed in the Withdrawal Agreement. The UK attorney general Geoffrey Cox stated all three documents made a permanent backstop less likely. However, he also stated that the documents did not provide a firm legal protection against a permanent backstop, thereby making ERG and DUP support less likely, at least in the vote of 12 March.

While the night of 11 March was highly dramatic, there was little show of excitement from either the Irish government or the EU. In his press statement on 12 March, the Taoiseach said that ‘the Instrument agreed yesterday puts those assurances on a legal footing and represents an unambiguous statement by both parties of what has been agreed… It does not reopen the Withdrawal Agreement, or undermine the backstop or its application’.

In coordination with the EU, he did not mention the Unilateral Declaration, and he ended the speech by stating the need to give British MPs time and space to consider their vote.

The declaration has not been circulated by the EU’s Brexit taskforce, and Juncker was notably silent on the issue at his press conference with Mrs May. While clearly the EU’s permission to allow the announcement of the Unilateral Declaration as part of the overall package indicates a compromise, as Lisa Chambers observed on the morning of 12 March the wording is cryptic; likewise Geoffrey Cox points to other key areas where he argues there is no legal force for the UK to withdraw unilaterally from the backstop.

In short, the announcement of the deal of 11 March was a subdued event and the likelihood of an extension soon loomed.

The vote by the UK Parliament on 13 March that it was opposed to a no deal Brexit in all circumstances, as well as the vote to allow an extension of negotiations, may lead to the ERG and the DUP supporting the EU-UK deal in the next round of votes – if and when they happen – so as to ensure that Brexit occurs. A token gesture from the EU may help them save face, for example tweaking of the Political Declaration or the Interpretive Instrument, or changing the conditions under which a lengthy extension to the Article 50 process can be granted.

While clearly the EU cannot concede further on the backstop, one Irish politician did state on 12 March that no tangible bargaining could occur as regards the Withdrawal Agreement, but there was a possibility of elaborating on the future relationship in a revised Political Declaration.

A more extensive description of the future trading relationship in a revised Political Declaration could be ‘sold’ as a concession to the UK who wanted the Northern Ireland issue and the future relationship to be negotiated simultaneously. Leo Varadkar also stated that once a no deal was off the table the UK had ‘plenty of options’ but mentioned only one – staying in a customs union.

The announcement on 18 March that only a revised deal could be submitted to the House of Commons for a vote increases the likelihood that some EU elaboration will occur, especially as over the weekend of 15 March the DUP seemed closer to agreeing to support Theresa May.

After the deal of 11 March was rejected by Westminster, The Taoiseach reprimanded the Brexiteers for chasing unicorns when they only exist in fairytales. In reality, there is agreement on the need to avoid a no deal Brexit.

There is also a reluctance among Brexiteers and the DUP to have a long extension. Writing today, on 18 March, it does seem as if an orderly withdrawal may be within grasp, but even the past three months have shown (never mind the past 30 months), that Brexit is a world of its own and the strategies and expectations that governed before are not applicable. Indeed, an orderly withdrawal can still seem as elusive as the proverbial unicorn.