Chemical safety: the one thing most people can agree on when it comes to Brexit 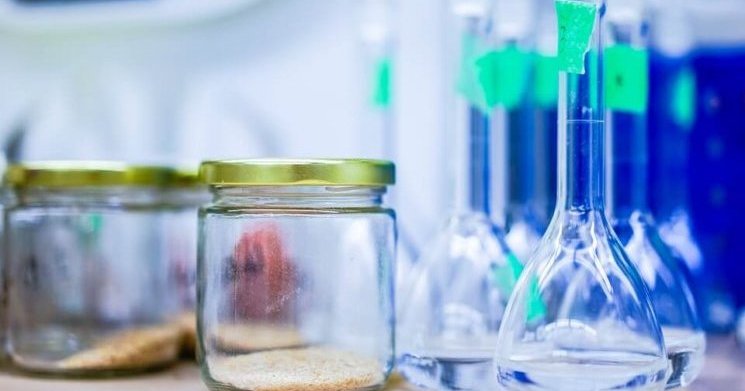 It is very rare that environmental groups, health charities, animal rights campaigners, industry and the general population all ask the government to do the same thing. And yet, when it comes to chemical regulation after Brexit, that’s exactly what’s happening.

Currently, chemicals used in the UK, as in the rest of the EU, are regulated by REACH (Registration, Evaluation, Authorisation and restriction of Chemicals). This regime is supported by the European Chemicals Agency (ECHA) and is the world’s most advanced system for controlling chemicals.

Before it was established, industry used chemicals without evaluating their safety; but, since 2007, REACH’s world-leading database has been populated with extensive safety information on tens of thousands of substances.

The system allows for the free movement of approved substances throughout the EU, but also gives manufacturers responsibility for managing the risks and, crucially, replaces dangerous chemicals with safer ones.

Brexit will throw all this up in the air for the UK, but there is near universal agreement that the best outcome, by far, would be for the UK to stay in the system. Environmentalists – including the Greener UK coalition of 13 major organisations – are clear that establishing a separate system here would be very risky. Starting from scratch would be extremely costly and time consuming at a time when public resources are already stretched, and it is impossible to see how the UK could replicate the scope and expertise amassed by ECHA over the past ten years.

A new British system would represent “a weaker regulatory system, with less safety data and slower action on problematic chemicals”, according to Greener UK’s Brexit Risk Tracker. In other words, a slower, less comprehensive British system could see the country become a dumping ground for dangerous chemicals banned by the EU.

Health charities, like Breast Cancer UK, have called on the government to adhere to REACH “to ensure the continued protection of public health and the environment”, and animal rights campaigners warn that setting up our own independent database from scratch could lead to the duplication of animal tests.

Meanwhile, the chemical industry and businesses that use chemicals, on both sides of the Channel, are concerned about the considerable costs and regulatory burden of having to comply with two different regulatory regimes. In the UK, the Alliance of Chemical Associations found 70 per cent of its members think the impact of separate regulatory requirements would be bad news for them.

Its European counterpart says that the UK’s ongoing participation in REACH is “the most effective way to ensure companies can continue to efficiently trade across borders and their operations are not disrupted by Brexit”.

And nearly two thirds of the British public believe that there should be no reduction in chemical regulatory standards when the UK leaves the EU, according to a new poll on behalf of SumOfUs and CHEM Trust by GQR Research.

Fortunately, there are signs that the government has been listening to these concerns and recognises the environmental, health, animal welfare and economic dangers of striking out on its own when it comes to chemical regulation. The first sign of movement came in Theresa May’s Mansion House speech in which she said the UK would be seeking associate membership of ECHA.

The government’s Brexit white paper goes further and says it would accept the rules of ECHA (as well as the European Aviation Safety Agency and European Medicines Agency), while also making financial contributions to the regime and accepting that the UK would have no voting rights.

This is an improvement, but the proposal still does not explicitly accept the European Court of Justice’s jurisdiction, and there is no mention of accepting other EU legislation related to chemicals, such as the Industrial Emissions Directive. These two conditions must surely be necessary if the EU is to grant the UK associate membership of ECHA.

We have to remember it won’t just be up to the UK to decide to maintain access to the REACH system. It is integral to the withdrawal negotiations. Michel Barnier’s Article 50 task force has explicitly said that seeking membership of specific EU institutions would entail ‘cherry picking’, and that the UK cannot be a member of ECHA unless it is a member of the single market. So, despite movement from our side, there is still a way to go before we know the EU will allow UK participation on the terms it wants.

There are very good reasons why the EU should allow the UK an associate membership role, though, not least because the EU could also be damaged by a deregulated UK chemical sector.

It could lead to transboundary pollution and the possibility of lower standards that would allow UK businesses to undercut their EU counterparts. The EU could reasonably be added to the list of those that would benefit from continued UK participation in the REACH system.