China, the EU and the UK 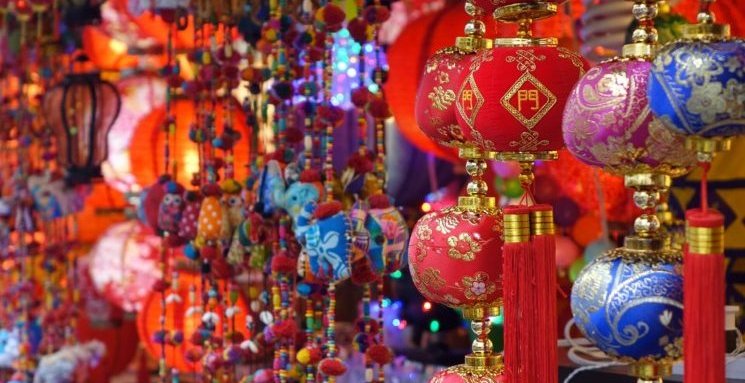 We like to attend to the question of what China wants, and look at evidence of its geopolitical intentions and designs. It’s odd how little the outside world poses the question back to themselves: what do we want from China?

Even if the question has been posed in recent years, it is usually about how we can help China in ways which mean it might end up looking more like us – where ‘us’ means liberal multi-party democracies. The EU and the UK typify this.

The formal documents issued from the Commission to the European Council in 2006 contained a number of aspirational goals: that the EU would help China with its legal and political reform, that it would aim to support the construction of a pluralistic society in the country, that it would support environmental and other projects and their good governance.

These were echoed in a similar strategic document issued in 2009 by the British Foreign Office, which set out four pillars of ‘co-operation’, very similar to the ones the EU had articulated a few years earlier.

The striking feature of both these documents is how charitable and co-operative they are. The rationale for this posture, though it’s not explicitly set out in the language, was that it was in the EU and the UK’s interests to have a more rules-based, more developed, more liberal China.

A China increasingly like us was a China we could more easily deal with. This was the underpinning philosophy of engagement, the strategy adopted since the 1990s when the assumption was that through trade, and Chinese involvement in multilateral organisations, we would see this benign remodelling of the country happening.

So far that evidently has not worked out. Engagement has resulted in complex outcomes. This is not surprising: China is, and always was, a complex place. The neat plan – of engagement leading to reform – was always somewhat idealistic and abstract. Under Xi Jinping, we have a China which is confident, wealthy, and increasingly global, with a status and influence as never before.

Part of that is through the lamentable mismanagement and disarray in other parts of the world, from the US to Europe. Part of it is the natural receipts of simply having such a major economy. The Deng Xiaoping pathway worked: China through material wealth is becoming dominant.

All of this has happened without a trace of liberal reform, at least in China’s political system. The One Party structure looks more, not less, secure than it did two decades ago. This is not to say that Chinese society in some places has not become more dynamic, freer and more complicated. It clearly has.

But the zones where people who ask questions about political issues can experience danger and harassment has grown larger, and the consequences fiercer. Xi’s China is an impressive place, but also one that does repression on a scale, and with targeted focus and expertise, that are unprecedented.

UK and EU parties still say they care about rights issues, and that they represent to their core a set of values. The EU has these written in its constitutive documents, from the Lisbon Treaty backwards.

The UK, even after it leaves the EU, will still stand by these values; indeed, part of the reason why it is leaving the EU is to seek greater self-determination and control, meaning it feels its values are even stronger. But encouraging a country such as China, with such a different outlook, to adopt such ‘enlightenment’ values has never been harder.

It is harder still in view of the perceived weaknesses within Europe, and because of the lack of confidence here. If European leaders do want to address values issues when visiting China, or meeting Chinese leaders, do so at their peril. They risk humiliation, or, although evidence for this is ambiguous, threats to lucrative commercial deals.

They also risk a brusque retort: how can a place beset by so many of its own problems, with so many disgruntled people they vote for things like Brexit to express their rage, dare to come to a stable China, led by someone who looks secure and popular, and enjoying economic and diplomatic success?

There are two important issues that spring from this new situation. The first is that the mindset that prevalent in the EU and UK almost a decade ago is now outmoded. The principle task of these two players, both of them with important trade and investment links with China, is not to forever be asking what China wants, but to be thinking hard about their own needs.

A harsher, more realistic posture needs to be adopted, because that is the posture that China has so successfully deployed towards them. This doesn’t stop co-operation which helps China – it just means the era of being charitable has ended.

The EU and the UK need to think about their own needs and how China can help with those. This was more powerfully spelt out in the 2016 EU Communication on relations with China, an update of the 2006 paper.

Secondly, values discussions still need to take place. But they need to occur with a great deal more sophistication and knowledge, and most of the work here needs to be done by the EU and the UK.

The Chinese have clearly looked hard at western systems, studied them, and come to an opinion about them and their underpinning values. Europe needs to be far more conversant with the underlying world view of China and the ways in which its values system is different, and adopt a far more nuanced view.

A good quality values dialogue is utterly crucial, since misunderstandings in this area are not in China’s interests either. A world where it is dominant, but resented and contested is not a good outcome. It could lead ultimately to tragic results, a clash of civilizational values that will serve no-one.

Finally, the UK is in a very unique position. As it goes it alone, seeking to find a world outside the EU, it has to make a series of important strategic decisions about what it wants from China.

These are likely to have an impact on the bilateral relationship as never before. A UK that ends up being a compliant servant of China in Europe would serve as a very negative warning to others about the costs of exposure to Chinese influence.

A UK that failed in its quest for a more dynamic, creative relationship despite the incentives and opportunities to do so would also not be good. The UK finding an innovative but balanced relationship with China that worked would be the best outcome for everyone.

That means a lot of tolerance, respect and patience. And it is more likely to be delivered by a UK with a strong sense that this is what it wants, and a map of how to get there. That is the UK China opportunity post Brexit.