Citizens’ rights: will Theresa May keep her promise? 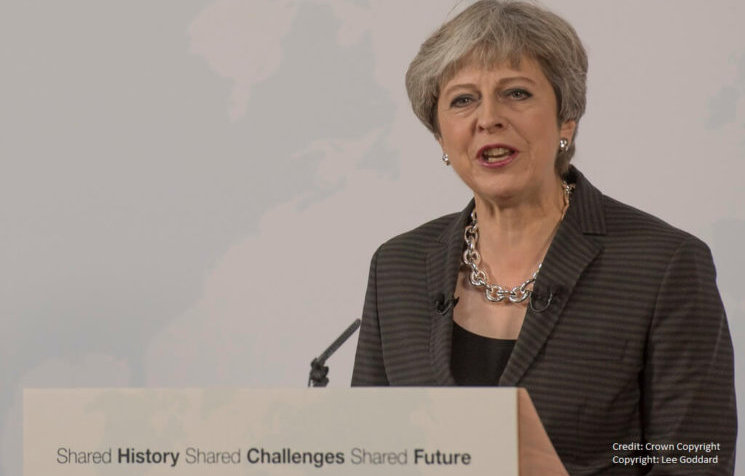 Did Theresa May just commit the UK to keeping a key Vote Leave promise? No, not the £350 million – we may be getting back full control over our own laws, but not the laws of arithmetic. I mean this one, signed by three current members of the Cabinet, Boris Johnson, Priti Patel, and Michael Gove:

In fact, when the UK belatedly produced its counter proposals on the rights of UK citizens in the EU and EU citizens here, they were considerably less generous than the offer made by the EU27, and in particular they explicitly removed a number of important rights. Perhaps most obviously, the UK proposes that EU citizens in the UK will no longer have the same rights to be joined by family members, but instead will be subject to the considerably more restrictive rules applied to UK nationals:

Future family members of those EU citizens who arrived before the specified date – for example a future spouse – who come to the UK after we leave the EU, will be subject to the same rules that apply to non-EU nationals joining British citizens

Now, some might argue that this is “fair”, because it brings to an end a position where EU nationals in the UK (and indeed UK nationals elsewhere in the EU) have, in some respects, more rights than Britons here. On the other hand, EU nationals who moved here exercising their free movement rights did so on the basis that they had these rights, which the UK signed up to in various directives. Moreover – and this is my view – if anyone is really worried about the “unfairness” to British citizens, then that unfairness could be ended tomorrow by the UK government, which could simply give us the same rights EU citizens have. The fact that most of those who make this argument are unprepared to contemplate this solution carries more than a whiff of hypocrisy. Nor are these the only rights EU nationals will lose, as Dr Mike Ward explains.

Some commentators – in particular, Migration Watch and Daniel Hannan – continue to attempt to mislead the public about this: for example, Daniel Hannan recently claimed that “EU citizens will have all the same rights as now”, while Migration Watch argue that when they said that “EU citizens will keep their existing rights” they didn’t mean all their existing rights. But no one senior in government has made such an obviously false claim; indeed, David Davis explicitly recognised that EU nationals would lose some of their current rights, saying “we agonised” over the issue.

That is, until today, when in response to a question from an Italian journalist, the Prime Minister did just that (video – at about 1hr 13mins):

That is unequivocal. The same rights they have now. Now, of course, the Prime Minister’s statement is technically untrue – the UK has set out no such thing.

But that’s not really the point, because what matters is not what we’ve said so far, but what we do next – and in particular, what David Davis and Ollie Robbins, our lead representatives, say at the negotiations next week. Monsieur Barnier has already signalled very clearly in his response to the speech that he expects them to make good on the Prime Minister’s promise.

So do they say that the Prime Minister didn’t really mean it, or didn’t understand what she was saying, and that the UK’s position remains unchanged – we have no intention of giving EU citizens “the same rights as they have at the moment”? In that case, why on earth should anyone in the rest of the EU27 take anything she, or the UK government says, seriously? Such a course would be deeply damaging to the Prime Minister’s credibility (especially in Italy, where her comments have been widely, and accurately, reported).  Or do they, belatedly, do the right thing, and change the UK’s approach – a course of action which would generate a huge amount of goodwill? Three million EU citizens here and a million Britons elsewhere in the EU are waiting to hear.

By Jonathan Portes, senior fellow The UK in a Changing Europe and Professor of Economics and Public Policy at King’s College London. This piece originally featured in The Independent.