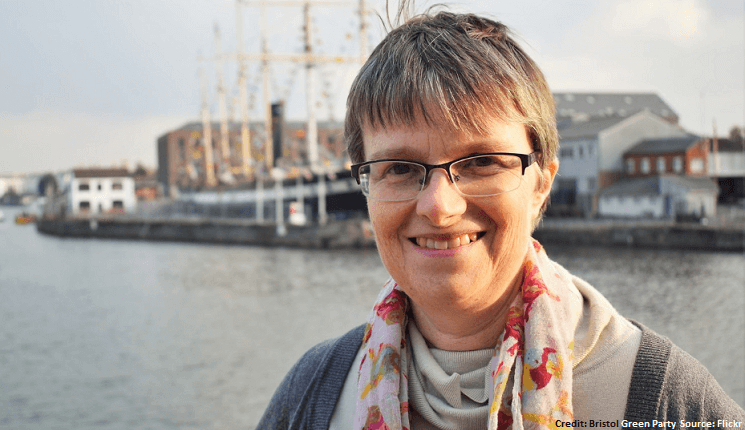 To pass judgment on a parliament after just one visit feels a little premature, but Claire Fox attempted to do just this. However, she also revealed a sense of sneaking respect – awe even – which probably surprised even her when she visited the European Parliament last week. As this is my second term as an MEP I thought I would try to help clear up some of her misunderstandings, in the hope that she will enjoy her term more and serve her constituents better.

I was amused by the outrage she expressed at being prevented from speaking – ‘a talking shop where members are blocked from talking’, as she put it – but felt the criticism was misguided since the parliament is not actually in session yet. We are still putting the Groups together and negotiating our work programmes. But there’s a wider point: everything in the parliament, from speaking time to committee posts and positions of responsibility, is allocated strictly according to votes received in the most recent elections. This is a far cry from the smoke-filled rooms, dominance of party machines and catching the speaker’s eye that decides who speaks at Westminster.

Nor is the pluralist Group system ‘arcane’; it’s typical of modern European democracies, in contrast to the dysfunctional two-party, Punch-and-Judy system at Westminster. It’s true that Fox’s influence in the Parliament will be limited by the fact that nobody wants to work with the Brexit Party or with Farage. If he had succeeded in negotiating a deal with the main fascist block – Identity and Democracy – she might have been a little embarrassed by her leader’s choice of company, but his influence would have been greater.

Fox is rather contemptuous of the power of the Parliament, dismissing it as ‘a body that cannot initiate change, restricted to amending proposals, it feels more like a rubber stamp of legislation handed down from the unelected EU Commission on high.’

It’s always misleading to compare different democracies directly (especially in the case of the EU institutions because the EU is not a nation-state), but let’s suggest that the MEPs’ Own Initiative Reports are like Private Member’s Bills; and that the directives and regulations we work on are like legislation that goes through the Houses of Parliament.

With my five years’ experience in the European Parliament, I would say that own initiatives are weaker, but our power to amend legislation is much stronger: no laws or trade treaties can be passed without our approval and once laws have left the Commission – where, remember, they are drafted at the behest of member states – we become co-legislators with the Council.

Let me give some examples. My report on sustainable finance ran in parallel with work being done by the Commission, but it set the parliament’s position so that we were able to negotiate strongly on the draft legislation they sent us, especially extending the scope of transparency on the environmental impacts of investments. The Conflict Minerals Regulation that will come into force in January 2021 began life as a report by my colleague Judith Sargentini, to prevent the sale of metals we need in our mobile phones feeding conflict in the Congo and elsewhere.

Most recently, the Whistleblower Directive that is awaiting approval in the Council also came from campaigning by Green MEPs. We believe it would be great if we could initiate legislation directly, but to say we cannot change laws is defeatist and wrong.

Since we only have six weeks of holiday and another six weeks to spend in our constituencies, our parliament has considerably less recess than Westminster. Eurosceptics often make this mistake because they count the parliament as only being in session when we are in Strasbourg. That’s not right: most of our work happens in Brussels, where we finalise the content of laws as co-legislators with the Council, and in our committees. Of course Ukip MEPs for the most part didn’t understand this because they didn’t attend committees or trilogues.

As to the split between Brussels and Strasbourg, Claire and I are in agreement about this costly anomaly. Greens have consistently opposed the movement of MEPs and their staff between the two parliaments. But to end this a treaty change, ratified by all member states, would be needed, and France has yet to be persuaded on the merits of giving up Strasbourg in favour of Brussels.

But such anomalies are not unique to the EU. The UK is more riddled with archaic parliamentary rules and procedures than any other country in Europe. Our first-past-the-post voting system for a start, which shuts out smaller parties. Perhaps again, Claire Fox might agree with me on this?

I’ve noticed that, whether critiquing or claiming, eurosceptics are more interested in allowances than the rest of us, but I’ve left this until last because I think power matters more than perks. Fox’s odd suggestion that we are forced to travel business class or use chauffeurs is bizarre. Many British MEPs use neither, and – except when I’m exhausted, ill, or working late when the streets don’t feel safe – I avoid the cars, which I always find to be crammed with far-right deputies.

I agree with her about the salary and am embarrassed to earn so much more than my staff and most of the people I represent. But our staff allowance is a different matter, and enables us to employ assistants to support our legislative work as well as responding to questions from the millions of people we represent: in my case five million and some 55 parliamentary constituencies. All British MEPs are free to provide accounts for all their allowances. It is usually the eurosceptic ones who fail to do so.

The extravagant rate of subsistence allowance is the result of many countries having much better remunerated politicians. But they can easily be avoided by not signing in.

Although she won’t agree, I hope Claire stays long enough in the parliament to understand how it works and to use the power she has been given by the people of Manchester, Liverpool, the Lake District and the rest. If she’s honest she’ll find, like I did, that much of what she learned about the European institutions as an educated Brit is just plain wrong. Whether she admits that is a test of whether she is really interested in ideas or just in her own preconceptions.

By Molly Scott Cato, Green Party MEP for the South West region since 2014.