‘Clean Brexit’ sounds so simple, doesn’t it? Trouble is, it doesn’t exist 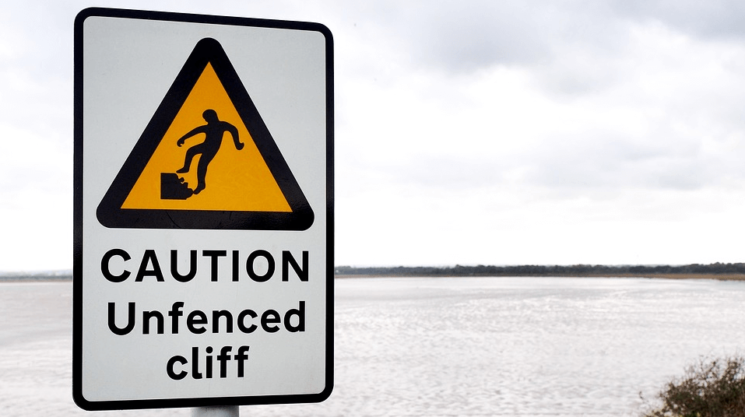 No deal is back in vogue – to the extent that it ever fell out of fashion. As Theresa May nears the end, the chancellor Philip Hammond is warning of the risk of a “new prime minister abandoning the search for a deal, and shifting towards a damaging no-deal exit as a matter of policy”.

Richard Tice, chairman of the Brexit party, was banging the no-deal drum on the Today programme earlier this week, arguing that a “clean Brexit” (sounds appealing, doesn’t it?) would work out just fine because of the provisions of the World Trade Organization (WTO) treaty.

Should his party perform as well as expected in the European elections, expect calls for such an outcome to be redoubled. More and more Conservative MPs will jump on the bandwagon and argue that just getting out of the EU, even with no withdrawal deal, is the only way ahead.

This analysis is fatally flawed. It rests on assumptions – dubious, at best –that allow the impact of a so-called clean Brexit to be fundamentally misrepresented. Here’s why.

By definition, “no deal” means the UK leaves the EU without signing the article 50 withdrawal agreement (Theresa May’s deal). Unlike a business deal, it absolutely does not mean carrying on as before (as is generally the case when commercial negotiations fail). Rather, no deal means that many of those laws that govern our interaction with the EU will cease to apply to us. However well both we and the EU prepare contingency plans, this will mean significant problems when it comes to, among other things, travel and trade. Not a good look for any governing party (hence all the more curious that there are Tory MPs who think it should be government policy).

Then there is the “no trade deal” scenario. This is different from no deal as it may come about if the UK signs up to the withdrawal agreement but then fails to strike a trade deal with the EU governing future arrangements.

The reason the two kinds of no-deal outcome are often confused is that the withdrawal agreement contains the seeds of a future relationship (despite what the EU has insisted about not negotiating the future until we have left). This is the famous backstop, which specifies a certain relationship with the EU for the UK as a whole, unless another way can be found of avoiding an intra-Irish border.

Those who favour no trade deal, or who favour the kind of trade deal that would necessitate a border in Ireland, simply refuse to sign up to the withdrawal agreement. Hence the no-trade-deal argument becomes a no-deal one.

From the point of view of Brexiters, no deal makes sense because, unlike the backstop, it would leave the UK completely free to negotiate trade deals with the rest of the world on terms of its own choosing. It also means control over immigration, and no interference by the European Court of Justice (ECJ).

But this line of thinking relies on a series of highly optimistic assumptions about how no deal would pan out. The argument of Tice and co runs like this. Once we’ve left, the EU will sit down with us to negotiate a trade deal. In the interim, article 24(5) of the WTO’s general agreement on tariffs and trade (GATT) will ensure that no new restrictions on trade are put in place.

The problem with this “logic” is that it’s simply wrong in law. The main aim of article 24 of GATT is to enable the adoption of an interim agreement necessary for the formation of a customs union (CU) or a free-trade area (FTA) within a reasonable period of time (10 years). This recognises that a CU or an FTA will take time to conclude, and may need to be implemented gradually. The interim agreement is intended to prevent an increase of tariffs or regulations in the meantime.

But if Britain crashes out without a withdrawal deal, there will be no negotiations and hence no agreement leading to a CU or an FTA. The EU has made it clear that, in the event of a no-deal outcome, it will expect to settle outstanding withdrawal issues with the UK (money, citizens’ rights and the Northern Ireland border) before even thinking about talking future trade arrangements. Which in turn means GATT article 24 won’t apply. So we would immediately find ourselves trading on WTO terms, with the tariffs and checks that those imply, and no 10-year cushion. And no other major trading nation trades purely on WTO terms.

British goods exported to the EU would be subject to tariffs. True, many of them are low (2-5%) but for agriculture they might be crippling, especially for small farmers (the average tariff on agri-food products is 22%, with dairy at 30% and meat often getting over 50%).

Tariffs on goods coming into Britain would still be maintained on a number of food and animals products, as well as cars, but these would be significantly reduced for things such as pork and poultry. This may lead to cheaper products for consumers but would be devastating for many family farms, unable to compete with agricultural products coming from the US and elsewhere. It would also mean a hard border in Northern Ireland to control the quality of goods going to the Republic of Ireland and thus into the EU.

There would be delays on goods crossing the border and associated costs. As part of the EU single market and customs union there are no customs checks or formalities. No deal, by contrast, would mean the introduction of a swath of documentary checks, as well as a number of physical checks on vehicles and goods.

These are, whatever the odd quote from an official in Calais might imply, not optional. Indeed, they happen at the UK border already for non-EU goods. This matters particularly for those manufacturing industries reliant on “just in time” supply chains, whose business models would simply not function in the event of delays at ports.

Take the car industry. Honda requires 350 trucks to carry 2m components to its Swindon plant each day. It says that just 15 minutes of customs delays would cost it up to £850,000 a year. Stockpiling parts to mitigate this would be hugely difficult and expensive.

And then there are services, a crucial area for the UK economy. The UK would be relying on the relevant WTO provision: the general agreement on trade in services (GATS), which contains very limited provisions. So, to take one example, the 750 UK-based TV channels that broadcast into the EU will have to cease doing so or move into Europe. UK companies establishing in Europe will have to deal with 27 different sets of rules instead of one. And they will have limited protection against discrimination, meaning reduced UK investment abroad and reduced job growth here: every job created abroad by UK companies creates 3.5 in the UK.

The WTO also says nothing about cooperation in the field of criminal justice. The close cooperation enjoyed by UK police and law enforcement agencies with their counterparts in the EU27 will cease. The UK will no longer have access to the EU databases sharing information about wanted people, nor will it have access to the European arrest warrant (for returning criminals to the UK). Rather, it will have to rely on arcane conventions from the 1950s and bilateral agreements with each EU state. They will be nowhere near as effective as EU law is now.

The no-deal slogan is appealing in its simplicity. And it ticks many political boxes for those who support it. But there needs to be honesty about the consequences.

By Professor Anand Menon and Professor Catherine Barnard, Director and Senior Fellow at the UK in a Changing Europe. This piece was originally published in the Guardian.