Clement Attlee and the 1945 Labour victory 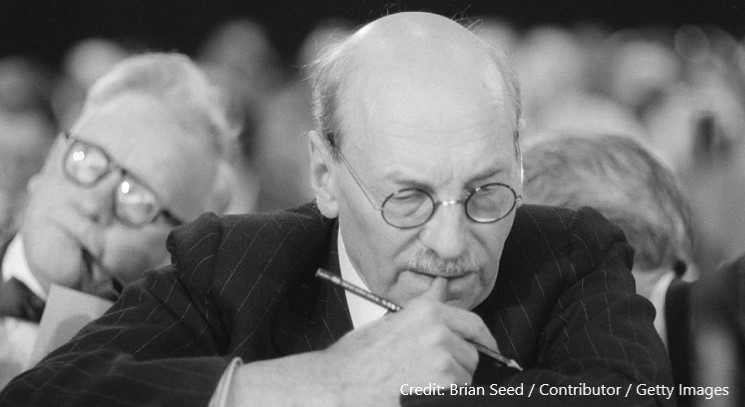 British politics is dominated by larger-than-life figures. The more managerial, even capable, figures can be overlooked in favour of their more bombastic counterparts.

In this sea of strong figures and charismatic leaders is a leader who was none of these things, and yet, he is beloved by political scientists, who voted him the greatest Prime Minister of the twentieth century.

Clement Attlee was not a physically imposing figure, he wasn’t filled with Churchill’s wit and ability to ‘turn a phrase’, but in 1945 he delivered one of Labour’s largest election victories.

He built a cabinet of powerful figures and managed to harness them to build some of the most enduring elements of British life and key international organisations.

On the 75th anniversary of this monumental election victory, it seems apt to ask how Attlee and his Labour party won, and what the new Labour leader, Keir Starmer, can learn from his post-war predecessor.

The Labour party of the 1930s did not look like a party on the verge of victory. It had been shattered by the actions of Ramsey MacDonald in 1931 and the creation of the National Government.

Clement Attlee had become interim leader of the party shortly before the election, largely because of a lack of other options as many potential candidates had lost their seats in 1931.

Andrew Adonis argues that, were it not for Bevin’s dislike of Morrison (in which he was not alone), Attlee would never have become party leader in the leadership contest which followed the election.

Attlee was a man of few words, but he did have several important abilities which made him an excellent party leader. He knew how to manage big personalities, how to build solid loyalties and pour oil on troubled water.

He also knew his own mind and was not easily twisted by those who mistook his reticence for ignorance or indecision. He disliked plotting, and plotters, preferring to be up-front and blunt if the occasion demanded.

In the run-up to war, Attlee slowly set about building his party up and demonstrating that the policies it was committed to were not only sensible, but necessary.

When Chamberlain was replaced as Prime Minister by Churchill, Attlee’s Labour party had their chance. With Bevin as Minister for Labour and Attlee as Deputy Prime Minister, largely responsible for the home front, the party helped to solidify its reputation.

By 1945 the party was not an inconsequential opposition for the Conservative – they were an electoral force, even if they and almost everyone else in Westminster assumed they wouldn’t win the forthcoming election.

After all, who would replace Churchill, the victor of World War Two, with Attlee? However, this view was a horrible misjudgement of the electorate, who voted for Labour in their millions.

What precipitated this victory? The 1945 election, despite the years of co-operation and goodwill built between the two main parties, was decidedly rough. Churchill described socialism, and by implication his former colleagues in government, as being like a ‘Gestapo’.

Nye Bevan, never a figure to hold back, described the Conservatives as being ‘vermin’. Good tempered it was not, but Attlee never reduced himself to these insults. Despite Churchill’s extraordinary ability on radio, Attlee, the quietest of quiet men, was able to answer his criticism.

He attempted to inspire in the electorate the hope of a different world, without using the rhetoric or bluff of Churchill, or the insults of Bevan. He toured the country in his family car, driven by his beloved wife Vi, speaking to audiences and answering tough questions by drawing on his own political experiences.

Across the party, different politicians used their own style to sell the party to their audiences. Bevin used his domineering personality to demand his audience vote for Labour, while Dalton and Morrison were more subtle but no less successful.

Despite all this, the expectation was that Labour would lose the 1945 election but would be resurrected as a strong party of opposition, a fine reward for their hard work during the war.

But this quiet message of hope, of reform, of a better world, was heard by the electorate. They also saw how reform had been utilised so successfully during the war effort and suddenly the implausible looked possible.

In government, Attlee remained a quiet man, but his cabinet needed him to rule them, to be the foil to allow them to work together and smooth over difficulties, of which there were many.

Back to today. Labour has a new leader in Keir Starmer, facing off against a Prime Minister who would dearly like to be considered Churchillian – Boris Johnson.

Like Starmer, Attlee faced a blustering opponent across the dispatch box, although even the most generous of Johnson’s supporters would struggle to describe his rhetorical skills as being in the same league as Churchill.

Starmer has shown himself to have a keen eye for detail, a man capable of mastering his briefs (Calvin Klein or political) and slowly and purposefully dismantling an argument or policy.

Attlee countered Churchill’s stardom and status by demonstrating that he was very much in touch with the working man (despite not being working-class himself) and by demonstrating his ability to create policy that works.

Grandstanding was not his style, and it should not be Starmer’s. No-one can out-bluster Johnson, and Starmer, very sensibly, isn’t trying.

With no general election in sight, Starmer must follow the example of Attlee, and indeed Blair. He must demonstrate that the Labour party have a manifesto which can work, which will improve people’s lives, not through wishing or hoping, but through sensible demonstration.

Starmer has to show, like Attlee, that he is a sheep in sheep’s clothing. He is exactly what he says he is, and that he cares about their lives rather than his own career. Only then, will Labour be able to have a fourth party leader who can win a general election.