Cliff edge or bridging a gap? 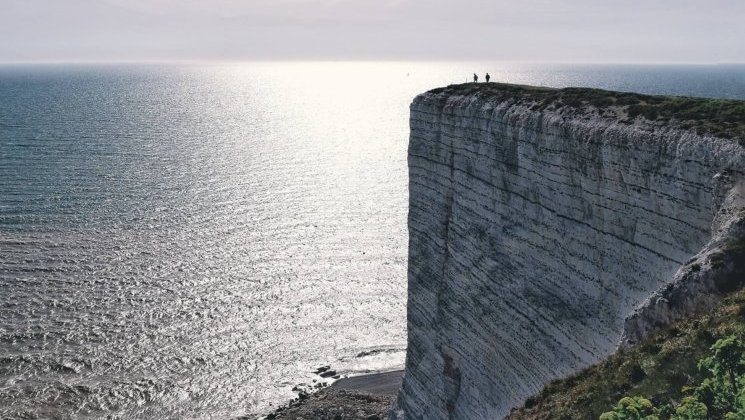 The language of Brexit keeps shifting. In the aftermath of the June 2016 referendum result, all the talk was of what sort of Brexit we were going to get: hard, soft, clean, dirty, lexit or flexit. In more recent months, the conversation appears to have coalesced around two main themes: the possibility of the UK leaving the EU without any agreement – the so-called ‘cliff edge’ – or conversely, the need to agree an interim framework to bridge a gap between withdrawal from the EU and the establishment of a new UK-EU relationship.

Although the EU and UK cannot seem to agree on what to call this interim framework – for the EU it’s a ‘transitional’ period and for the UK it’s an ‘implementation’ period – since the General Election and the Prime Minister’s speech in Florence, there is an increased urgency to the calls for both sides to come to an early agreement on an interim framework.

In terms of the sequencing of the negotiations, the EU will not open discussions on an interim framework until sufficient progress is made on the first phase of negotiations, with the European Council meeting in December set to be the crunch moment in determining whether talks can move on to a second phase.

But even if discussions do move on to the negotiation of an interim framework, important legal questions arise as to how to construct such a framework.

It is useful to recall that the UK’s own EU Withdrawal Bill is a form of interim or transitional framework, in that it seeks to maintain the status quo of existing EU rules and regulations unless and until future Parliaments decide they want to change those rules. It is very deliberately a holding position. Even so, it is a complex legal and constitutional challenge to keep things the same and hundreds of amendments have been proposed to the Bill as it makes its way through the parliamentary process.

Nonetheless, domestic legislation alone cannot create an adequate interim framework. Without some sort of deal, commercial and other reciprocal relations between the UK and the EU cannot continue to be conducted on terms that are the same, or similar, to those that apply now. It should come as no surprise to learn that an EU-level framework is likely also to face significant legal obstacles. The important questions then are: how would an interim EU framework interact with an EU Withdrawal Bill or other UK legislation, and what might an EU interim framework look like?

In a recent paper written with colleagues at the University of Cambridge, we highlight the ways in which the choice of interim EU framework would impact on the EU Withdrawal Bill. In a further paper, four options for an interim framework are specified. These options are:

Of these options, a deferred departure is the easiest to integrate with the EU Withdrawal Bill as it would simply have changed the ‘exit day’ beyond which the treaties would cease to apply to the UK. Nonetheless, a deferred departure delays rather than resolves the problem of how to build a bridge to a new UK-EU relationship. Significantly, the UK Government has now announced an amendment to the Withdrawal Bill that will set a specific exit day and time: 11.00 pm 29 March 2019. This signals that departure from the EU will not be delayed, no doubt as a means of showing a commitment to leaving the EU, perhaps in advance of concessions on the settlement of the UK’s financial liabilities.

The options of EFTA/EEA or some kind of provisional version of a future agreement are beset by legal and political difficulties. Which makes the first option of a ‘stand-still’ saving of key existing provisions of EU law as a derogation from the entry into force of the withdrawal agreement seem like a front-runner.

However, the ‘stand-still’ option is more complex to integrate with the EU Withdrawal Bill. Whereas the Bill establishes a single exit day and the maintenance of a body of law – ‘retained EU law’ – enacted up until that day, a stand-still interim framework would create an additional body of law – ‘saved EU law’ – that would continue in force until the derogation lapsed or was terminated. It would also raise the issue of what to do with any new EU rules relating to this body of saved EU law. It may be that the better course of action will be for the EU  Withdrawal Bill to domesticate EU law up until ‘exit day’ with a new Bill being required specifically to implement a withdrawal agreement and a transitional framework. A recent Institute for Government report has also suggested that a new Bill may be constitutionally preferable.

Making ‘transition’ or ‘implementation’ work is politically and legally demanding. If the stand-still option cannot be agreed, it is hard to imagine that pursuing any other option would be more successful. Perhaps it’s no surprise then that the antonym of ‘transition’ seems to be ‘cliff-edge’.

By Kenneth Armstrong, Professor of European law at the University of Cambridge and author of Brexit Time: Leaving the EU – Why, How and When? published by Cambridge University Press this summer.