Climate politics and the EU at COP26: a ‘missing’ or a ‘pragmatic’ leader? 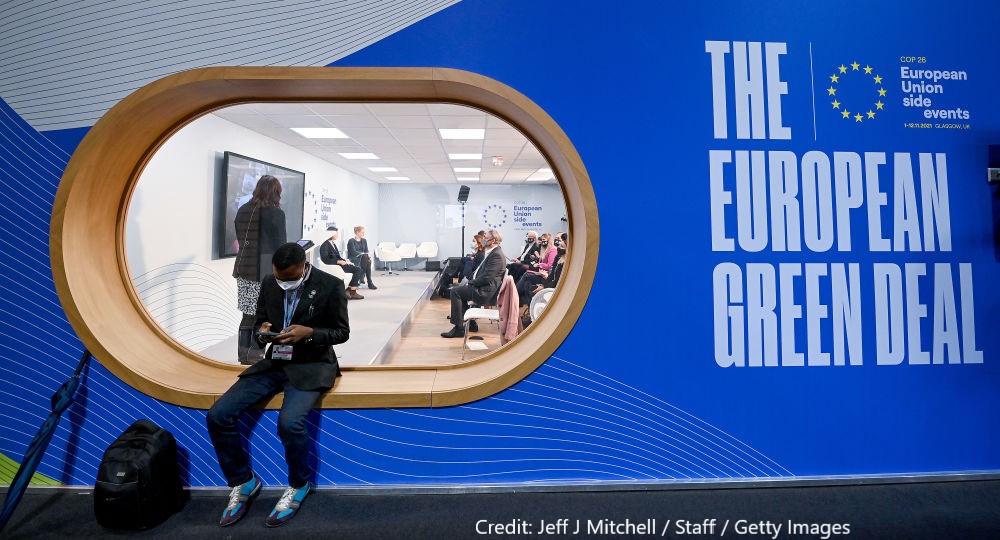 We tend to think of the EU as a leader in international climate politics, or at least aspiring to that role. By adopting the European Green Deal (EGD) the EU has reiterated its commitment to spearheading climate action and a transition to sustainable development. After all, the EGD pursues no lesser goal than to make Europe the first climate-neutral continent and the EU Commission is fully prepared to propose any policies needed to deliver on it.

Despite the EU’s image as a proponent of ambitious climate action, participants at the COP26 held from 31 October to 12 November 2021 in Glasgow characterized it as a ‘missing leader’. We contend that this assessment misses a fundamental change in the EU’s strategy in international climate cooperation.

While originally having a normative agenda with rather unrealistic expectations, the EU has become more pragmatic and now pursues goals that are more realistic given the power constellations. Our interpretation of how the EU participated at COP26 and what it achieved aligns with the characterization of the EU as a ‘leadiator’ by Bäckstrand and Elgström.

The environment ministries of the EU’s member states agreed in October 2021 on the issues that formed the EU’s negotiation agenda.  A comparison of the main achievements of COP26 with the EU’s agenda reveals a high degree of concurrence: for example, the EU succeeded in demanding rules for international carbon markets and the trading of emissions reductions to complete the Paris Rulebook.

Successful deliberations on this matter should not be taken for granted, as it took five years to reach agreement on the specifics and functioning of carbon markets. By establishing such carbon markets, it is now possible for all states around the world, including both developed and developing ones, to increase their ambition in curbing carbon emissions.

Perhaps the most remarkable success of the EU was the Global Methane Pledge that it launched together with the United States. At the time of writing, more than 100 countries have joined that pledge and committed themselves to contributing to the reduction of global methane emissions by at least 30 percent from 2020 levels by 2030 as well as to raise their ambition by means of the best available technologies to localize and quantify methane emissions.

Methane is one of the greenhouse gases which have received limited attention in international climate politics so far. In terms of climate politics, the pledge appeals to many countries because all the commitments are voluntary, but it is also true that methane emissions can be curbed at relatively low cost.

Another potential explanation for why the EU was successful in attracting countries to the pledge is that it ‘leads by example’: the EU has a methane strategy in place as part of the EGD. The fact that the EU has already committed itself to curbing methane emissions is important for developing and transition countries since it signals to them that they would not suffer from a competitive disadvantage via-à-vis the EU when tackling their methane emissions.

Another key achievement of COP26 is the collective agreement by governments to close the current emissions gap by promoting innovative technologies.

Two observations are worth noting here. First, the commitment to innovation is backed by the EGD and enshrined in specific strategies adopted by the EU on strategic innovation fields such as hydrogen or energy storage. Second, the EU has placed some of these issues on the agenda of international organizations working on clean energy innovations, especially Mission Innovation, and the scaling-up of markets for these innovations, especially the Clean Energy Ministerial. This is important to mention since the EU has worked on these issues for a long time and in collaboration with international partners.

This point is further supported by the arrangement between the EU, the United Kingdom and the United States to facilitate the phase-out of coal in South Africa in the frame of a ‘just energy transition partnership’. All countries participating in the partnership have previously collaborated in the framework of the Clean Energy Ministerial, and developed mutual trust and a shared understanding of the transition to clean energy.

The institutional landscape also explains why the United Kingdom and the EU, despite Brexit, can cooperate closely with each other in terms of climate politics. The existence of multiple venues for international climate cooperation results in a situation in which actors such as the EU can still realize its goals since the cooperation in the other forums generates positive externalities for the negotiations taking place in the frame of the COPs.

The real challenge for the EU, as it exercises its climate and clean energy diplomacy, is how fast it can bring the major coal consuming countries (most importantly China, and India) on board with unabated coal exit no later than 2040. Meanwhile, the EU and its partners also need to put substantial, and concrete assistance to the emerging and developing world – an issue that was not resolved at COP26.

By Professor Jale Tosun, Deputy Director of the Heidelberg Center for the Environment, Dr Max Jungmann, CEO of the sustainability consultancy Momentum Novum, and Rui Luo, Associate Director at ClimateWorks Foundation. The blog content is the authors’ and does not necessarily represent the views of the associated organisations/institutions.