Cloud nine or down to earth? the implications of a no deal Brexit on agriculture 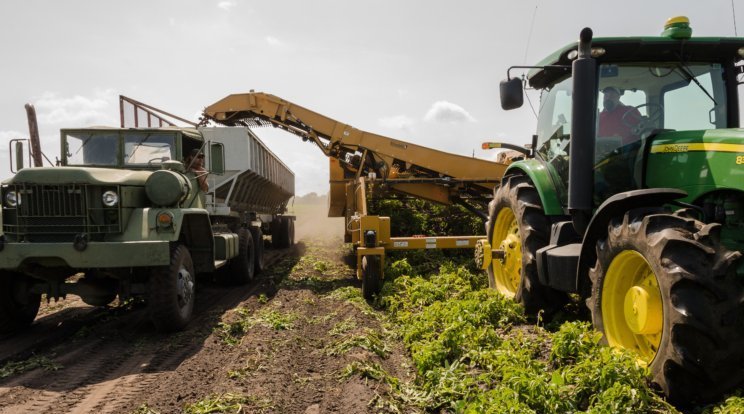 As we move closer to the 31 October deadline, the possible impacts of a no deal Brexit are starting to be understood and measured.

In the case of a no deal, UK Immigration Rules would apply straight away to EU and non-EU migrants alike in a single system based on skills (rather than nationality).

This would constitute a key change for agriculture, whereas if a deal were struck, these modifications would not have taken place until January 2021, giving more time for the sector to adjust.

These changes to the immigration system create concerns within the agri-food system for two professions in particular: veterinarians and seasonal labourers (or agricultural workers).

Box 1: Workers in the agri-food system

Box 1 indicates the array of impacts that such changes would have on the agri-food system: the economic and financial consequences (availability and perishability of food as well as transport and trade issues) for the supply chains; the potential effects on public health; and the decrease in food availability increasing risks of food insecurity within the UK.

The consequences of a unilateral trade liberalisation scenario

In the case of a no deal Brexit, the unilateral liberalisation scenario is preferred by the UK government.

But this impacts farming differently from other trade scenarios. Belonging to the EU creates a level playing field amongst the 28 member states. When trading agricultural products within the Union, this means that similar health, safety, traceability, and labelling standards are in place, preventing non-tariff barriers from being an issue.

On the day of exit, the UK would be out of this level playing field and open to trade under World Trade Organization (WTO) rules and obligations.

Under the Common Agricultural Policy (CAP), the principle of Community preference plays a central role to protect EU farmers from foreign competition. The principle results in the setting of high import tariffs on produce coming from countries outside the EU, protecting EU farmers and their produce from world competition, prices and volatility.

Once the UK comes out of the EU, UK agricultural products and farmers will be outside this protective bubble, subject to fierce international competition, especially from countries where it is cheaper to produce due to economies of scale and lower standards.

This is not about punishing the UK, but about what the CAP has done since its inception in 1962 and what is permitted under WTO rules.

Under the unilateral trade liberalisation scenario, sectors where the UK is a net exporter to the EU (such as sheep and barley) would be harmed by high EU agricultural tariffs. For example, the UK sheep sector exports around 40% of its production, with 96% going to the EU.

Welsh farmers would be particularly affected by these high tariffs that would equate to a 40% increase in price for the consumer.

Sectors where the UK is a net importer (such as beef and dairy) would also be negatively affected because they are put in direct competition with products from across the globe at lower prices (and potentially lower standards).

In March 2019, the UK government announced that it would not apply tariffs to 95% of goods imported to the UK in the case of a no deal Brexit. However, tariffs will remain for most agricultural products – apart from eggs, wheat and potatoes – to protect British farmers from world markets.

This means that producers of these goods would be at a particular disadvantage, facing world price volatility and competing with imported products produced with lower environmental and animal welfare standards.

In contrast, it might mean cheaper food for consumers, but at what costs to human health and the environment?

Concerns relating to the potential large-scale cull of cattle in Northern Ireland and sheep in Wales following increased EU tariffs post Brexit have since been denied either by government officials or the industry.

Biosecurity checks manage risks to human, animal and plant life and health, and associated risks for the environment. They are carried out at designated border inspection posts (BIPs) for live animals and animal products.

There is no BIP in Dover, where most of the trade in goods between the UK and the EU occurs, or in Wales which has implications for trade with the Republic of Ireland.

To cope with such problems, trade will have to be re-routed through over points of entry around the country, raising concerns about the capacity of other ports and BIPs, bearing in mind the long-term effects of not being able to recruit EU vets.

Longer journey times for live animals and animal produce would affect the welfare of animals, the perishability of the products, and would have repercussions throughout the food supply chain, especially costs from longer driver times and higher insurance.

For the EU, the UK will be considered as a third country and checks and inspections on agricultural products (live animal, plants, food and feed) will take place. A BIP opened in Calais in April 2019, and there is increased capacity at other BIPs along the coast to handle the influx of these products.

The lack of BIPs near the border would make cross-border live animal and animal produce trade significantly more difficult.

Overall, a no deal Brexit would be highly challenging to the agri-food sector – its supply chain would need to be significantly overhauled.

Finally, there has been no progress on the Agriculture Bill since November 2018. Without it the UK lacks the framework to ‘take back control’ and financially support its farmers to deliver ‘public money for public goods’.

By Dr Ludivine Petetin, a Senior Lecturer in Law at the School of Law and Politics at Cardiff University.