Coalition in the Republic of Ireland: more continuity than change 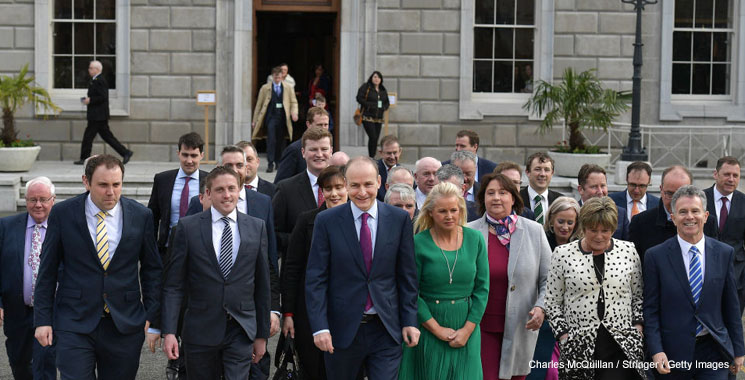 Coalitions have been the norm since the 1980s; three parties in a coalition is not unusual; all three parties have been in government before; and the coalescing of Fianna Fáil and Fine Gael was an obvious end point for two parties who have been working much more closely in recent decades than their ‘civil war parties’ name tag would suggest.

Coalition is the norm and not considered to be inherently unstable. Coalition governments face challenges, sure, and they sometimes teeter on the brink of collapse – but political scandals beset all government types.

In fact, most Irish coalitions since the 1990s have competed their full terms, and even the minority government of 2016-20 lasted longer than commentators expected. Governments do collapse but there is no reason to believe disintegration is the inevitable outcome for this one.

Coalition is deeply embedded in the culture and practice of Irish elections. Parties identify potential coalition partners during election campaigns and the electoral system rewards strong voting pacts. These pre-election strategy discussions about government formation even have their own name: coalition-ology.

Everybody wanted to govern with the Greens and in a fatal sign of decline, none of the larger parties paid much attention to the Labour Party, the long-time coalition kingmaker. There was clear acknowledgement in many of the campaign debates that a multi-party coalition was very likely, if indeed not inevitable given polling trends.

Fianna Fáil has previously governed with the Green Party, albeit in the only recent coalition to meet an ignominious end – in the face of the global financial crisis. Fine Gael governments have always had to share power, usually with the Labour Party and most recently with non-party MPs.

The two parties also cooperate regularly in local politics and as the contours of a left-right divide in politics formed over the last twenty years, they have become much closer allies. All of which suggests that the system has been moving toward more substantial power-sharing between Fianna Fáil and Fine Gael for some time.

In policy terms, the proposed Programme for Government has big wins for the Green Party. Emissions targets, investment in public transport, walking and cycling infrastructure and some important social policy initiatives chime heavily with the Green Party manifesto.

The pro-market inclinations of Fianna Fáil and Fine Gael are present in the employment and business support schemes and the two parties will also cling to development plans for rural communities.

Coalitions which bring together parties of the centre left and centre right like this are common in Ireland. In part, this explains why parties emphasise pre-government negotiations and agreement on priorities, as this minimises (but does not eliminate) disputes and conflicts about policy decisions during the term of the government.

The economic fall-out from the Covid-19 pandemic will be the first item on the agenda when the government assumes office but Brexit is already beginning to return to the news agenda. Here again, continuity will be the order of the day.

There was cross-party support for the negotiating stance pursued by Leo Varadkar’s government, and although a Micheál Martin-led government may differ in style the continuity of substance may surprise those on the other side of the negotiating table.

The real change in Irish politics lies in the electoral backdrop from which this coalition emerged, not the coalition itself. Fianna Fáil and Fine Gael used to dominate politics, alternately anchoring every government since the foundation of the state. Now, they are required to share power to govern.

Perhaps even more extraordinary is the fact that even in sharing power together, a further party was needed to reach a majority. Electoral politics has fragmented over several decades, the new coalition is a symptom of this underlying dynamic.