Collaboration between UK and EU universities after Brexit 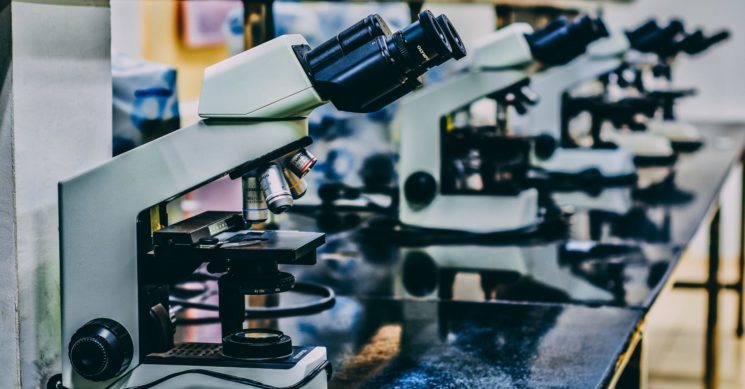 Much has been said about the likely consequences of Brexit on the UK research infrastructure within universities, policy-making circles and the media in the UK. These include the substantial shortfalls in research funding hitherto provided by the EU, difficulties in recruiting and retaining world-class researchers and scientists, and the weakening of vital research links between its institutions and European ones.

Often, these statements are not based on a clear understanding of the nature of the international science collaboration network and of the UK institutions’ position within it. My colleague and I approached this task from a complex network perspective in this recent working paper so as to evaluate what may be the likely impact of Brexit on UK Universities’ position in such a network.

Our main findings are: (1) that some UK universities constitute key nodes in the international scientific network; and (2) that Brexit will at best diminish their ability to operate as nodes in the current network and, at worst, detrimentally alter their status within the network (and that of the network itself).

For our study, we built a database containing more than 10 million articles in 170 science and engineering disciplines. It became immediately clear that the international scientific collaboration network is a scale-free, self-organising complex social network. In the literature, a scale-free network is strongly hierarchical: only a few of its ‘nodes’ – in our study, these are research institutes and/or universities – are highly connected to other nodes, while many others have only a few connections.

It is a self-organising network in the sense that it follows its own logic based on rules of preferential attachment: the network changes and grows as new entrants seek to attach themselves to the better-connected hubs which, in turn, increase their connectivity faster than less connected nodes. Among other things, this means that the structure and the evolution of the international scientific network are inseparable and that the underlying connectivity has a strong impact on its behavior. This network characteristic is central to our evaluation of possible Brexit effects.

Analysing the institutions and countries with which the UK institutions tend to interact the most, there appears to be little evidence in support for pro-Brexit supporters’ claim that UK scientists will be able to forge wider collaborations with peers in the US, China and the members of the Commonwealth.

Only when the EU countries are counted individually – that it to say, when the EU as a structure is ignored – does the data support this: while the US appears to provide most frequently collaborators for UK scientists, if EU countries are bought together, as indeed they are under the EU Framework Programmes, the EU surpasses the US by far (over double the level of interactions).

What might happen to UK universities’ collaboration? This is a difficult question to answer precisely, not least because there are no clear policies to evaluate. In this situation, some of the challenges facing leading UK Universities post-Brexit can be assessed on what we already know about the nature of complex networks like the international scientific collaboration one.

The two main types of attacks these networks can experience are random/unintentional and coordinated/intentional. In the former, random nodes are disturbed by altering their state or by depleting their connections, whereas in the latter knowledge about the network structure is deliberately used to attack a special subset of nodes. Because free-scale networks are hierarchical and have a few, extremely well-connected nodes, they tend to be quite robust against random attacks.

This is why, despite frequent router problems, experiences of global internet outages are extremely rare. However, impressive robustness against random attacks comes at an extreme price: these networks are exceptionally vulnerable to intentional attacks on – e.g. the selection and removal of – their key nodes.

It is usually an informed agent, seeking to damage the network, that will preferentially target its most important nodes – the hubs – that play a vital role in maintaining the network’s connectivity.

When the network’s hubs are removed, the ability of the remaining nodes to communicate with each other decreases, potentially leading to a drastic change in the network’s topology and, in some cases, to its collapse into many isolated clusters. This feature is very useful for those designing drugs that target the key nodes of a metabolic network, but hardly so in the case of social networks like the international scientific collaboration one.

No one is suggesting that the UK leaving the EU constitutes an intentional attack on the international scientific network. Indeed, it is difficult to imagine the key (UK) nodes of the network – the universities of Oxford, Cambridge, UCL and Edinburgh – cut off the network completely.

In conclusion, no matter how favourable the terms of the UK leaving the EU research umbrella, Brexit will not only lead to changes in the network as a whole, but will also have – quite likely, adverse – effects on the UK institutions and its national research infrastructure. Only time will tell whether this came to pass; what we do know with certainly is that no agent currently masters the knowledge needed to bring a complex social network to its pre-altered state.