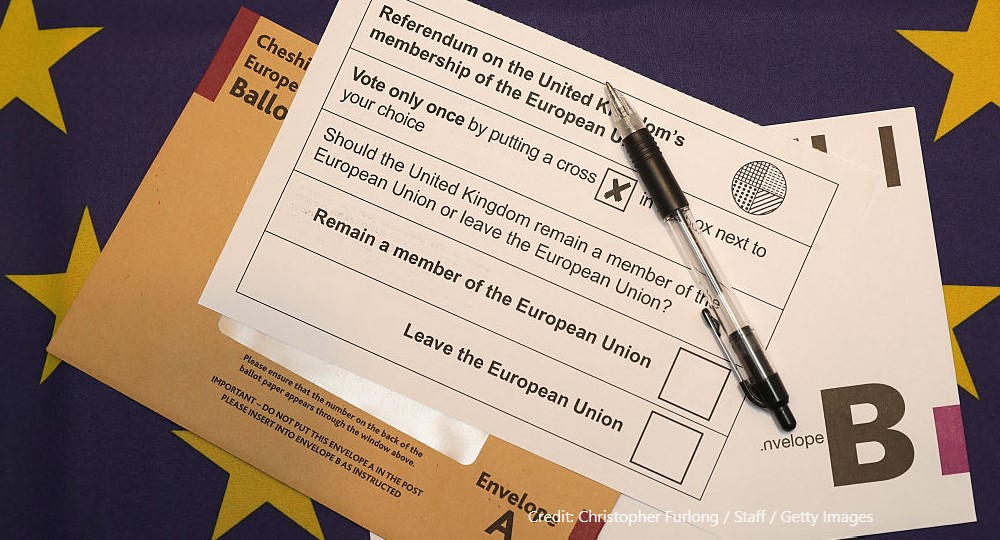 The Brexit referendum put the MPs of the time on the spot, as many of them had to balance competing preferences over how to proceed.

Because it was an advisory referendum, MPs still had to vote in the House of Commons: should the government notify the EU of the UK’s intended withdrawal from the Union, starting the implementation of the referendum outcome?

One might think that knowing what the voters, or at least a plurality of them, want would make it easy for MPs to vote on this question. But following the will of the represented is not as straightforward as it sounds.

The main challenge is that MPs have more than one principal, or boss, to represent in Parliament. In the UK, each MP is elected by voters in one of 650 constituencies (1), almost always under a party label (2). Collectively, though, they represent the whole country (3).

Before that critical vote in Parliament, many MPs faced competing preferences from their bosses. Over a third of all MPs, for example, represented constituencies where a majority of the voters had voted to remain in the EU (37%). In addition, SNP and Lib Dem MPs were urged by their party leaders not to trigger Brexit.

At the same time, MPs of course also have their own convictions. Indeed, three in four MPs had, often passionately, campaigned for the UK to remain in the EU. If we take MPs’ personal positions into account, fewer than one in five MPs were of complete peace of mind before the vote, because they agreed with all their bosses. All others were forced to vote against their own preferences and/or to disappoint at least one of their principals.

In two peer-reviewed publications, we therefore explored how MPs dealt with this dilemma, analysing how MPs voted in Parliament, and whether and how they spoke during the parliamentary debates preceding the vote.

How did MPs vote?

When the Commons held the vote on the European Union (Notification of Withdrawal) Bill in early 2017, MPs were again divided three to one, but this time in the opposite direction. In other words, despite their personal conviction that the UK should remain a member of the EU, hundreds of MPs voted to trigger the implementation of the referendum outcome.

Yet, what their own constituents wanted mattered as well, especially if their re-election was in doubt.

We found that there was a positive correlation between constituency-level support for Remain and MPs’ probability to vote against the Bill. According to our best estimates, in a hypothetical constituency with a 50-50 division of opinion over Brexit, MPs would be only 17% likely to vote against triggering the process.

If the support for Remain in their constituency were to increase by just over 10%, however, MPs would be then 50% likely to vote against the Bill.

How did they speak?

Turning to MPs’ speeches during the parliamentary debate before the vote, we found that MPs were rather more communicative in chamber when their vote diverged from that of the people — in the country as a whole or in their constituency — and their speeches revealed higher levels of negativity.

For example, among the MPs who voted with the people’s will to leave the EU, the probability of giving at least one speech during the debate was one in five. This probability increased significantly with dissent, and in about nine out of ten cases, those who voted against the will of the country spoke in the related debate.

Moreover, the ratio of negative to positive words was roughly 27% higher for MPs voting against the Bill than those who voted for it. This indicates that MPs felt the need to justify their decision, either for strategic considerations (to avoid a potential electoral fallout), or out of sincere conviction.

Members of Parliament have a difficult job of representing multiple bosses. They may not only disagree with one or more of them personally. The bosses also may disagree with each other in the first place, making it impossible for MPs to please everyone.

Brexit is a prime example of how advisory referendums can make parliamentary representation harder for MPs, by laying bare divergences in preferences between the many actors involved.

From a normative point of view, there is no easy answer to the question of which principal is, or should be, the most important in case of conflict. The referendum was put to the electorate as a whole, but MPs are elected by and expected to serve their constituencies.

At the same time, the electoral connection, and the main accountability mechanism in the UK (as in most European parliamentary democracies) is provided by the parties.

Finally, MPs not only have to choose which principal they regard as most important, but also how to serve their principal(s) best, by following the principal’s mandate as a delegate – or by acting as a trustee and basing their decision on their own judgement of what is in the best interest of their principal.

Here, an open question is whether and to what extent constituents really do firmly expect their MPs to act as their delegates on such crucial decisions such as Brexit and will punish defection – or whether they respect an opposing decision based on their MPs’ convictions.

As it turned out, of the seven Labour MPs who voted against the Bill despite a different mandate from all their principals, six stood again at the 2017 general election – and all were re-elected by their constituencies.

By Katrin Auel, Head of the Research Group European Governance, Public Finance and Labour Markets at the Institute for Advanced Studies, Vienna, and Resul Umit, a postdoctoral researcher at the ARENA Centre for European Studies, at the University of Oslo. This blog is based on two articles, one published in the Journal of Elections, Public Opinions and Parties, and one from the Journal of Contemporary European Studies.