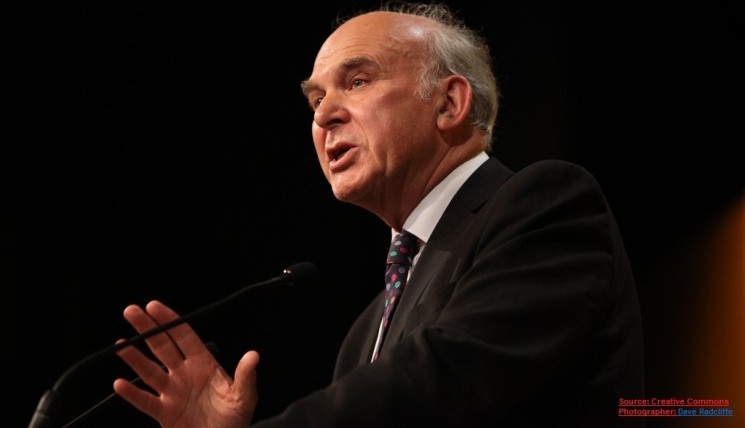 On 23 June the UK will hold a referendum on whether to remain a member of the EU. This piece discusses evidence on the economics of Britain’s EU membership drawn from a recent conference.

The first session was a lively debate between two former senior government ministers. Sir Vince Cable, former Secretary of State for Business, Innovation and Skills in the coalition government, argued that access to the EU’s single market has tangible benefits for the UK.

If the UK leaves it would be difficult to have the same clarity of access or to pursue a distinct de-regulatory agenda as this is driven by domestic priorities. Lord Lamont, Chancellor of the Exchequer from 1991 to 1993 and responsible for the UK’s opt-out from the single currency, was more sceptical. If the UK votes to leave the EU there would be at least two years to negotiate new arrangements while still a member and it would be in everyone’s interest to reach a free trade agreement. For Lord Lamont the referendum is primarily about the UK’s future in an increasingly integrated EU. Watch Cable and Lamont here.

The first panel considered what ‘ever-closer union’ (in the Treaty of Rome, 1957) meant for the UK within the EU. Enrico Spolaore (Tufts University) argued that because there is little support for deep integration, it can only be achieved in stages by a ‘chain reaction’ process. Each stage creates new challenges and expectations of more to follow. But each stage also comes at a higher cost because of heterogeneity between nations. The referendum is manifestation of this process. Nauro Campos (Brunel University) showed how the UK already resembles part of an ‘ever-closer union’ as output per head and economic cycles have converged.

The second panel looked at the impact of leaving the EU on the City. Gerard Lyons (Office of the Mayor of London) argued that the City has little to fear. While the UK is by far the largest net exporter of financial services more than two-thirds come from outside the EU. He suggested that the concerns expressed by many City firms reflect a short term cost from possible loss of market access and underestimates the importance of competing outside of the EU. Karl Whelan (University College Dublin) questioned whether large non-EU financial institutions would keep their European headquarters in London if the UK were to leave the EU.

Moreover, it would be necessary to transcribe an enormous amount of regulation into UK law and that the UK would have no influence on future regulations. Paul de Grauwe (LSE) and Karl Whelan noted that there are doubts about the ‘Anglo Saxon’ model of finance within the corridors of EU institutions which may have an influence on regulation if the UK were to leave the EU. Watch Whelan here.

The third panel looked at the UK’s contribution to the EU budget. David Phillips (Institute for Fiscal Studies) pointed out that the EU runs on a balanced budget of around 1% of GDP. Other than agriculture and regional development, the EU is quite limited in what it can spend on. The UK’s net contribution is £9.8bn or 0.6% of GDP (£8.4bn including payments from the EU to the private sector) which compares to the national deficit of £103bn in 2014. John Springford (Centre for European Reform) pointed out that if the UK leaves the EU the more access to the single market that can be negotiated, the greater the contribution to the EU budget. Sascha Becker (Warwick University) looked at the effectiveness of structural funds for regional development which account for more than one third of the EU budget. On average, spending lead to higher output, although the multiplier was approximately one. Areas where spending is most effective is where there is already better governance and a more educated workforce.

The final panel considered the impact of EU membership on the UK’s economic performance. A lively discussion followed. Nick Crafts (Warwick University) began with a retrospective, noting that in 1973 the UK transitioned from a protectionist to a more liberal trading regime leading to a 10% improvement in productivity. The type of trade agreements the UK would reach outside of the EU are most important. He judged that the risks outweigh the potential gains.

Patrick Minford (Cardiff University) pointed out that if the UK leaves the EU it could again transition to a more liberal trade environment. He estimated that if the UK adopts a free trade regime then real GDP would be 4% higher. Martin Wolf (Financial Times) pointed out that there was no constituency for a free trade utopia either within the UK or with our trading partners and that the possible gains were exaggerated anyway. In his view the referendum is already creating damaging uncertainty.  Watch Crafts here.

The conference was supported by the Economic and Social Research Council’s ‘The UK in a Changing Europe’ and the Centre for Competitive Advantage in a Global Economy (CAGE) at Warwick University.