Conservative divisions on Brexit: the general election and beyond 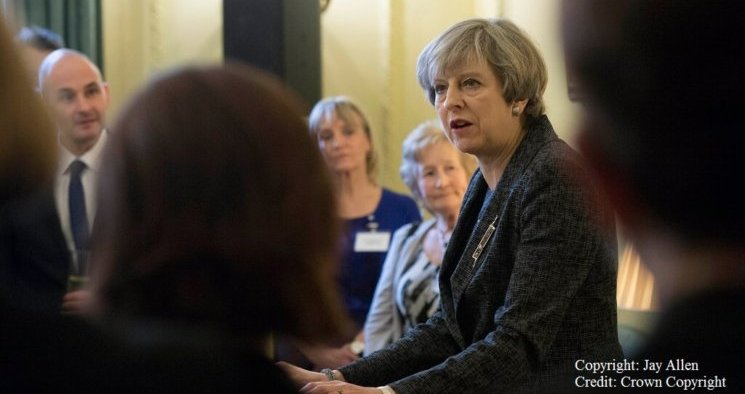 The 2017 general election is being viewed as both a ‘Brexit election’ and one in which the Conservative Party’s campaign was disastrous. But the two are not inextricably linked. As in 1997 and 2001, a Conservative campaign built around the EU issue did not bring great electoral reward – but back then, Conservative divisions on the EU were a key reason for this. Brexit, and intra-party divisions on it, was not the primary cause of the Conservatives’ 2017 campaign calamity.

David Cameron’s referendum pledge kept a lid on Conservative dissent on the EU at the 2015 general election. But the intra-party divide was laid bare in the 2016 EU referendum when 186 Conservative MPs voted Remain and 141 voted Leave (3 did not disclose how they voted).

Despite this, there was no significant Conservative dissent on Brexit during the 2017 election campaign. Hard Brexiteers were relatively quiescent in parliament after the referendum and then in the election, no doubt because Theresa May had embraced parts of their agenda. Remain MPs had accepted the referendum result but many were uneasy with May’s tough line on the single market, the rights of EU citizens and the possibility of leaving the EU without a trade deal.

Nine Conservative Remainers had voted against the European Union (Notification of Withdrawal) Bill and seven others deliberately abstained. But they largely kept their own counsel once the general election was underway.

Of the Conservative candidates standing in England and Wales in 2017, online searches reveal that 248 (43%) had voted Leave and 233 (41%) Remain. Among those who were not MPs in 2015-17, 109 voted Leave and 57 Remain. Most of these repeated the party line on Brexit and did not make great play of their own EU vote.

There is no easily accessible public statement of how 91 candidates (16%) in England and Wales had voted, and this proportion is higher for those in Scotland. Many of these did not declare or campaign for either side during the EU referendum (and, in some cases, did not actively campaign in the election either).

Some candidates refused to disclose their vote and/or removed online evidence of it. Remainers may have been especially reluctant to reveal their vote given that Brexit was now party policy, but candidates from both camps may also have been wary of disclosing their position if it was contrary to the referendum result in their constituency.

Post-election, the Conservative parliamentary party now consists of 168 MPs who voted Remain, 139 who voted Leave and 10 (6 from Scotland) whose referendum vote was undisclosed. The raw numbers are a little misleading. Many of the former had been ‘reluctant Remainers’ who highlighted their underlying Euroscepticism in public statements on their voting intention, and are now ‘Re-Leavers’ who accept that the government must move ahead with Brexit.

The trend since 1979 of each Conservative parliamentary cohort being more Eurosceptic than the last continues. Taking into account seat losses and gains plus retirements and replacements since the referendum, there is a net loss of 18 Remain-voting MPs compared to a net loss of 2 Leave MPs. Neil Carmichael, chair of the Conservative Group for Europe, lost his seat and a softer position on Brexit could not save Ben Howlett (Bath) and Tania Mathias (Twickenham) in heavily Remain constituencies. Long-serving Eurosceptic MPs Peter Lilley and Gerald Howarth retired, while Eurosceptic rebels David Nuttall and Stewart Jackson were defeated, the latter in the Leave stronghold of Peterborough.

Conservative divisions on the EU issue wrecked the premierships of Margaret Thatcher, John Major and David Cameron. After the lull of the election campaign, May now faces her own perfect storm on Brexit. With her authority damaged, the prime minister leads a minority government which will rely on support from the Democratic Unionist Party.

The DUP’s position on Brexit is similar to that of the Conservatives, but it brings difficult issues concerning the Irish border and customs union into sharper focus. The EU issue will dominate the new Parliament as negotiations with the EU get underway and the government tries to get its ‘Great Repeal Bill’ and other Brexit-related legislation through parliament without a majority in either House.

Divisions within the Conservative party on the EU issue will become even more important for the parliamentary arithmetic. A group of at least 60 hard Brexiteers associated with the European Research Group will insist that manifesto positions on leaving the single market and ‘no deal being better than a bad deal’ are adhered to. Among the ranks of hard Brexiteers are a core of Eurosceptic rebels who have mastered the art of using parliamentary procedures to make life difficult for the government.

The election result has given Remainers, in government and on the backbenchers, renewed hope of avoiding a hard Brexit. They will be emboldened by what they interpret as voters’ rejection of hard Brexit, and backbench Remainers will now be less inclined to shy away from confrontation and rebellion. They will also be more pro-active in pursuing cross-party alliances to extract concessions from the government. The twelve new Scottish Conservative MPs will also seek greater recognition of Scotland’s distinctive interests.

Theresa May had hoped that the general election would strengthen her personal authority and increase her parliamentary majority, giving her a mandate for Brexit but also affording her more room for manoeuvre. Instead, it has made the most difficult single challenge facing any post-war government even more formidable.

Philip Lynch is Associate Professor of Politics at the University of Leicester. He is a co-investigator on the UK in a Changing Europe project ‘Parties, Parliament and the Brexit Process’