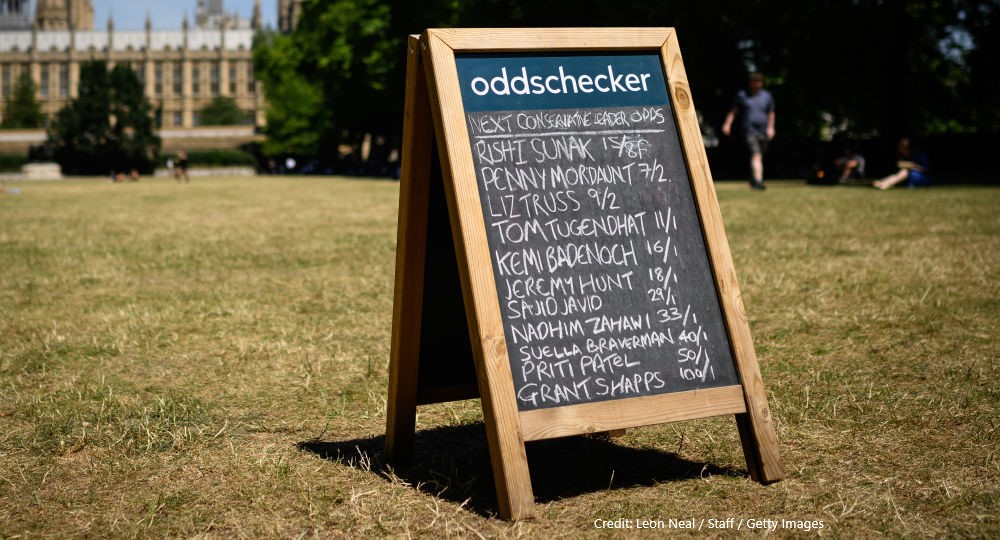 The battle is over. Let the ‘wacky races’ commence. The Tory leadership contest has begun. And, as it progresses, we will learn why so many of Boris Johnson’s colleagues were reluctant to trigger the process. Confronting an economic crisis, with the public increasingly concerned about the cost of living, it will become clear that our governing party is hopelessly divided over how best to manage the economy.

On the evidence of the last few days, one might easily be lulled into thinking otherwise. There is, it seems, a broad consensus among Conservatives in favour of immediate – and unfunded – tax cuts.

And at least this focus on the economy seems to chime with the concerns of the public, albeit it hardly seems designed to tackle the key problems we face. The latest Ipsos issue tracker shows concern about inflation remaining the biggest issue in the mind of the public, with the wider economy a concern for three in ten, and control over petrol prices entered the top ten.  Yet equally, the OBR points out that the public finances are on an ‘unsustainable path’.

The beauty of Boris Johnson was that, when it comes to the economy, it was never clear what he stood for.  He created his winning 2019 coalition by gaining the support of 79 per cent of Leave voters. As we all now know, that Leave coalition was one based on social values, not on economic preferences.  Mr Johnson held it together through a wonderful studied ambiguity when it came to economic choices, which at times involved some remarkable logical gymnastics.

And this was perhaps the unique skill of the man. He could – somehow – carry this trick off. He could persuade both Workington man and Waitrose woman that he was on their side, without intimating at the possibility of a trade-off between greater prosperity for the less well-off and tax cuts for the affluent. He claimed to be a tax cutting Prime Minister while raising to highest levels of taxation to the highest levels since Clement Attlee. He promised greater relative regional investment, but for every region.

Whoever now follows will not be able to do the same. According to Steve Baker, who entered the public consciousness as a warhorse of that Brexit era, the ‘big future battle is inevitably going to be about spending and taxation and the full spectrum of legitimate political discourse is in the Conservative Party.’ So far, the contest has been driven by competing ideas on how much corporation tax should be cut and by how much to shrink the size of the state.

Yet, as Baker noted, other views are available. Last month, 30 Conservative MPs attended the inaugural Northern Research Group (NRG) conference in Doncaster in which the Chair, Jake Berry, called for ‘an end to incremental government, and an end to the conservation of southern privilege’. These MPs see themselves as giving a voice to a set of new Conservative voters with a very different outlook that challenges Conservative orthodoxy in Westminster. And they have a point: according to our research, while 81 per cent of those who switched to the Tories in 2019 agree with the idea that ‘big business takes advantage of ordinary people’, the same is true of just 18 per cent of Tory MPs.

It is safe to say that you would not place Rishi Sunak as one of those 18 per cent. Instead, he may well represent the closest thing to Cameron-era Treasury orthodoxy in the race. Sunak and Sajid Javid’s resignation letters were very different. Sunak’s letter argued that Johnson’s canny ability to swerve tough choices had taken the public for fools, delaying the difficult choices inherent in government. Javid’s missive, with its emphasis on regional disparities, hinted at a hope he can carry on the ‘levelling up’ mantle. Tom Tugendhat was the only candidate to attend the NRG conference in Doncaster last month. Yet it now looks likely that there will be no clear standard bearer for the continuation of the levelling up agenda.

It’s easy to see then why there might be a collective temptation to divert the conversation, turning it into a ‘cultural’ battle over Brexit and the ‘war on woke’. This may be particularly true when the contest goes to the membership, who our research demonstrates are significantly more socially authoritarian than the parliamentary party.

Yet in August, as the contest between the final two candidates in the leadership contest reaches a conclusion, it is likely we will get confirmation energy bills will rise by (as it stands) a further 64 per cent. Without government intervention, this will plunge millions more into poverty. If the conversation between the two prospective Prime Ministers centres on trans rights and the abandonment of net zero pledges, that will be a terrible look for the Conservative Party.

Now, it may be that the contest continues as it has begun – with unfunded pledges of jam today with little if any sense of the broad economic priorities to be pursued by the eventual winner. Equally, however, the hustings will provide an opportunity for real questions to be asked, and for the different economic priorities of different parts of the party to be revealed as the leadership contest progresses.

The scale and urgency of the challenges we face will make the shallow debate we have seen in the first few days of the contest difficult to sustain. Certainly, as our colleague Paula Surridge has shown, the candidates in this leadership contest may have to reckon with the fact that this emphasis on tax cuts at all costs does not chime with the views of those who voted for Boris Johnson’s Conservative Party.

The Brexit referendum of 2016 catalysed a shift already underway towards a recalibration of our politics. Social values compete with economic preferences as the driver of electoral choice. Boris Johnson exploited this to the full in December 2019, and papered over the economic cleavages in the coalition he created using his unparalleled gift for ambiguity and obfuscation. Now, the Conservative Party looks set for a collision with its new electoral coalition.

By Anand Menon, Director, and Alan Wager, Researcher, at UK in a Changing Europe.