Conservative splits: what do they say about our political system? 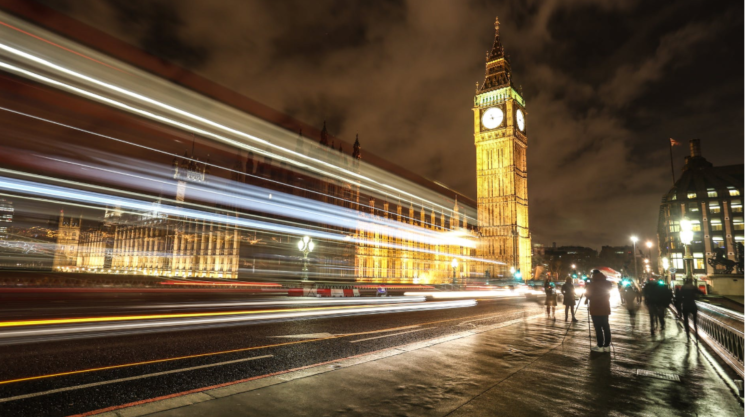 John Major had his problems with ‘the bastards’ in 1993 – anti-Maastricht Cabinet members and their backbench supporters. The ‘bastards’ never went away, and arguably got more organized with the rise of the European Research Group (ERG), a ‘party within the party’.

When the Conservatives returned to power in 2015, it seemed that despite Cameron’s modernizing agenda he did not fancy taking on the growing power of the ERG, deciding instead to outsource the decision of the UK’s future relationship with the EU to the people in a referendum. Having ‘cured’ the Conservative Party’s European disease Cameron could then retire to the lecture circuit in triumph.

However, as we know things did not work out that way, and the success of Leave has left the Conservative Party more divided than ever on what to do with ‘Europe’. The latest development in the Conservative divide over Europe is the creation of The One Nation Group in late March (there is also the Blue Collar Conservatism group although this seems more like an Esther McVey leadership campaign group rather than something longer term), which is dedicated to opposing a hard Brexit leader replacing Theresa May.

One source was quoted as saying: ‘We’re trying to learn the lessons of last time, where our wing was not organised and did not have enough say. This time we want to have influence to ensure we act as a caucus that can back someone who supports our kind of agenda.’ The reference to acting as a ‘caucus’ is a clear reference to the organisational power of the ERG and its institutionalising of the Brexit divide within the Conservative Party.

The impact of the ERG has already been profound: witness their work to sink any attempt at passing Theresa May’s version of a ‘soft’ Brexit. What the impact of the One Nation Group will be remains to be seen, although the front runner for replacing May, Boris Johnson, has already helped cement their importance by reaching out to them as part of his leadership campaign.

Considering that, regardless of what version of Leave or Remain we end up with, Brexit is not going to go away anytime soon, and so the scene is set for future clashes between the ERG and One Nation Group. This is likely to further solidify the Conservative Party’s internal split on Europe, and is likely to spill over into other policy areas as well.

Party divisions are not new, but in the Conservative Party, these have now starting to take stronger organisational form. Talks of ‘act[ing] like a caucus’ and a ‘party within a party’ shows that normal policy disagreements have taken on a new more permanent and organised form. What this will mean for the Conservative Party in the long term is impossible to tell, but it is likely to exacerbate existing disagreements.

With the departure of MPs from both the Labour Party and the Conservative Party to set up The Independent Group/Change UK, it is tempting to speculate whether either the ERG or the One Nation Group would at some point be the nucleus of a new party.

However, ironically, one of the driving factors behind the creation of the two Conservative-parties-with-in-a-party is also likely to discourage either group to try to go it alone. This factor is our first past the post electoral system. One of its most prominent effects is that it rewards broad-church parties, and punishes start-ups and more ‘specialised’ parties with a relatively narrow voter base.

The Liberal Democrats and their predecessors, as well as Ukip, have all suffered from this. This means that although both Labour and the Conservative party are profoundly divided on both Brexit and other key issues, they have to stay together to have any chance of coming near a majority – something which has become increasingly difficult as voters get fed up with these two dysfunctional families and take their votes elsewhere. In countries with more proportional electoral systems ERG and One Nation Group would quite likely be different parties.

The rise of long-term organised parties-within-parties (see Momentum in the case of Labour) can therefore, along with Brexit, be seen as part of a wider malaise in the UK political system. Voters have increasingly moved away from the two main parties, but have not been ‘rewarded’ with a wider range of governing parties, and with them alternative sets of policies – the brief Liberal Democrat spell in the coalition being the exception.

The performance of Ukip in 2015 is a case in point: scoring an impressive 3.8 million votes (12.6 percent) the party got just one MP (equating to 0.15 percent of the seats). This stands in sharp contrast to the SNP who won just 4.7 percent of the vote and 56 seats (8.6 percent). These numbers lend support to the argument that many who voted Leave in the 2016 referendum did so to register their frustration at being ignored by the political system.

Brexit may have laid bare the deep and growing divisions in the Conservative party and given them new more solid form, but it did not create those divisions. Both the splits in the Conservative Party, and Brexit, are symptoms of a political system that does not in any meaningful way represent most people’s only active engagement with politics: how they vote.

Ironically, if we are to ‘come together as a nation’ our political system needs to better reflect and channel our divisions, something which the two main parties have increasingly failed to do.