Whoever our next Prime Minister will be, it is clear from the Conservative leadership contest that they have will one overriding economic priority: significant tax cuts. These will widen inequality by disproportionately helping the most well off, providing a modicum of cash support for average workers, and (next to) nothing for those on the lowest incomes.

These tax cuts will help the richest the most and increase inequality. Why? Because those on the lowest incomes do not earn anything and low-paid workers earn too little to pay either national insurance or income tax. Middle-earners only make savings on some of their earnings, while the most well off get benefits over the entire tax band.

Below I have calculated how these tax cuts affect households by income level. The lowest-income household sees tax cuts of £0, those in the middle get around £110, while the richest 5% get a massive £620 to £1990. As other analysis has found, the lost tax revenue overwhelmingly goes to those who already have the most cash. 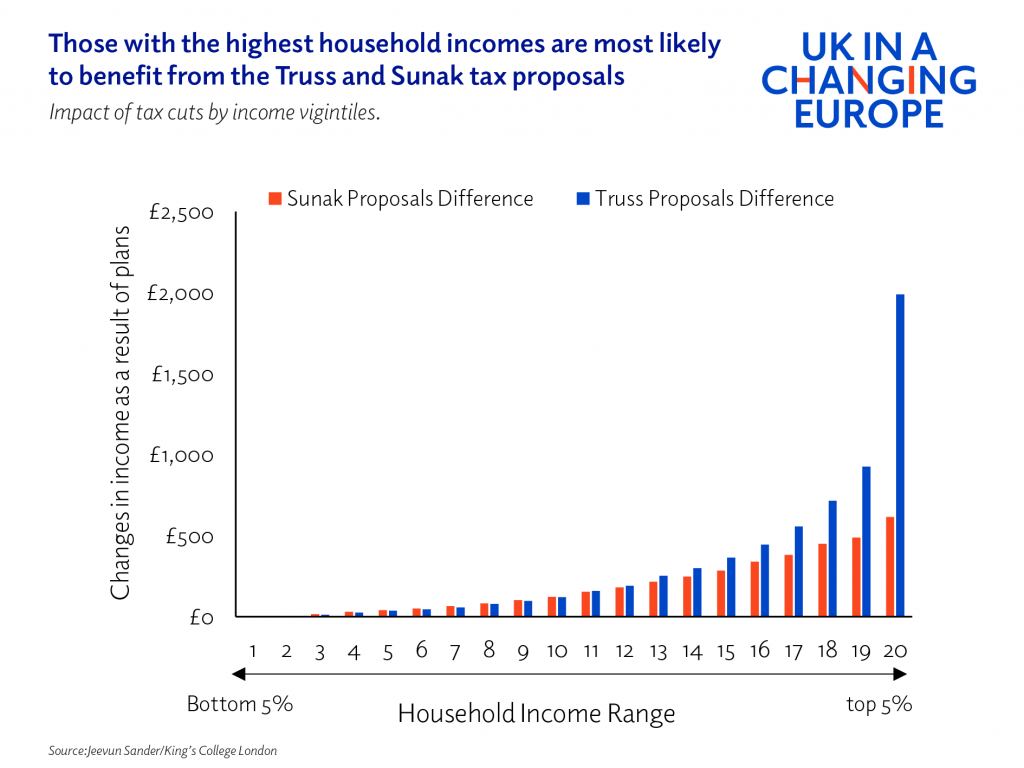 These tax cuts will also support older generations who have seen huge rises in asset wealth during this pandemic. Younger generations already shoulder the burden of punitively higher taxes.

Young graduates, who already pay an extra 9% of their income in student loan taxes and saw a £200 tax increase from the March Budget receive no special extras from these plans. 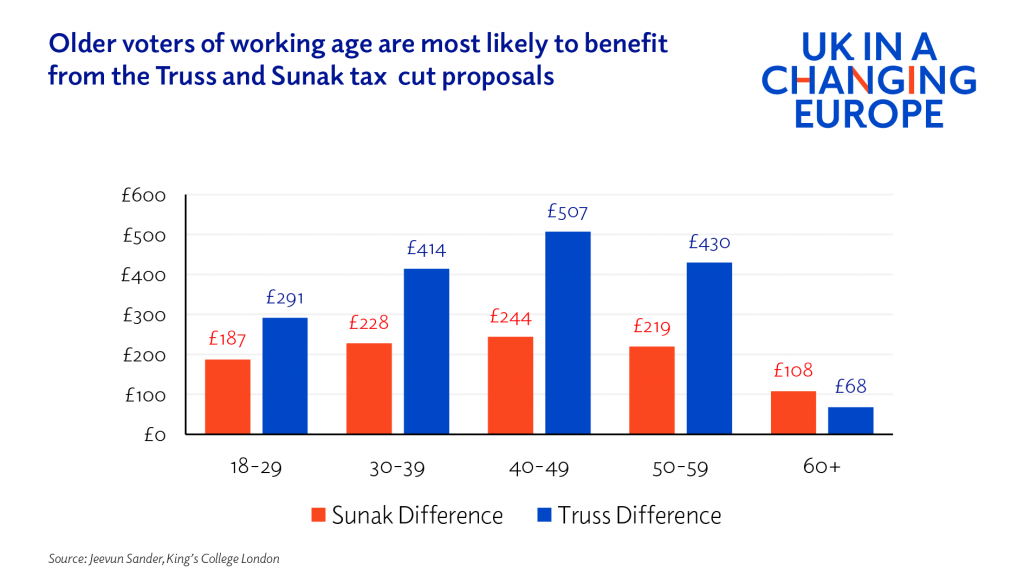 The calculations here actually understate the benefits to the wealthiest. The corporation tax cuts proposed by Liz Truss are likely to flow to the richest in society because they get far more of their income from dividends. Lower taxes on a company’s profits means more money going to its wealthy owners.

Truss argues that her tax cuts will lead to significantly higher growth. She will, unfortunately, be disappointed. The effect on growth will be, at best, small. Corporation tax cuts will not lead to greater investment while Brexit-induced uncertainty remains. After all, if all we needed to do get extra growth was massive tax cuts, then Somalia would be richer than Sweden.

It is worth stating what these tax cuts will not do. Contrary to Rishi Sunak’s assertion, they will not materially affect inflation. Sunak’s own £15 billion cost-of-living package only led to an increase in inflation of 0.1%. (It’s also unclear why he thinks his spending isn’t inflationary while his opponent’s would be.) The problem with these tax cuts is not that they will lead to large increases in inflation (they won’t), it’s that they won’t help hard-pressed families very much.

The most important effect of these tax cuts is to help richer (and older) voters. They will do next to nothing for the 2.6 million children going hungry, the 40% finding it difficult to pay for their energy bills, or the half us cutting back on food. That’s only set to get to get worse as energy bills increase by over 60% in October.

Massive tax cuts that disproportionately benefit older voter with higher incomes may well be popular with the Conservative Party members. But they will not do much to help the large and increasing number of families who are struggling to pay the bills or put food on the table.