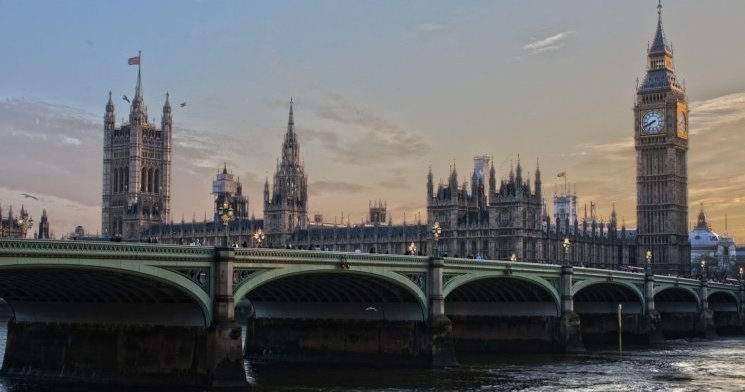 The process of delivering Brexit has produced another remarkable set of constitutional events in recent days. We have seen claims that the UK Parliament is ‘taking back control’ of the process of exiting the EU, as the UK constitution is overloaded by activity.

The government has been found in contempt of the House of Commons, for failing initially to release the Attorney General’s legal advice on the implications of Theresa May’s draft Withdrawal Agreement – an unprecedented event in the modern constitution.

We have also seen the Commons vote to accept an amendment which attempts to rewrite enacted legislation by parliamentary motion, and give Parliament the power to instruct the government regarding any further steps in the Brexit process.

Yet even these major events could come to be seen as the calm before the storm, given the extreme constitutional uncertainty concerning what happens next if (or when) the draft deal is rejected in the Commons.

In combination, these developments signal that Brexit has overloaded the UK’s constitution, and while this is still very obviously accelerating, it has also been the case for some time.

What makes this period of constitutional overload so challenging is that it is also based on varying clashes between constitutional principles, competing institutional claims, and underpinned by different ideas of democracy.

The events of this week are clear examples of this tendency.

First, the dispute about whether the government would release the Attorney General’s legal advice was explicitly framed as an ‘acute clash of constitutional principle’: the necessity of a government retaining the confidence of the Commons by respecting its expressed will, and the constitutional convention that the Law Officers’ advice is protected by an enhanced level of confidentiality.

The current minority government was unable to resist the opposition parties’ censure motion in the Commons, and the (relatively unremarkable) legal advice was then disclosed.

Yet the government has also referred the broader question of the constitutional purpose of the procedure for a return by humble address to the Committee of Privileges, which could see the re-evaluation of the mechanism by which the legal advice was obtained, and its use possibly scaled back.

Second, we have seen a clash concerning alternative understandings of the democratic role of Parliament. The EU (Withdrawal) Act 2018 requires the government to report to parliament on its future plans within 21 days following the rejection of a withdrawal deal.

This legislation did not, however, give the Commons the right to instruct the government on its next steps. Yet now, as a matter of parliamentary practice, Dominic Grieve’s amendment (d) to the business motion on the ‘meaningful vote’ reverses this position.

This would give the Commons a power to amend the government’s motion setting out its next steps, potentially giving Parliament the right to set new negotiating priorities, or impose new conditions, relating to the UK’s exit from the EU.

But this also has the potential to set up a clash between Parliament’s legislation and the will of the House of Commons, and is rooted in different ideas of the democratic role of the legislature: should Parliament hold the government to account for its decisions, or direct its activities?

The distinctive nature of the UK’s current constitutional overload is that these underlying constitutional tensions are almost impossible to resolve definitively. These different institutional claims, clashes of constitutional principle, and democratic ideas simply run on and on, emerging repeatedly in ever new contexts.

This means there is no singular Brexit process, fixed in advance and then followed consistently – instead the domestic process of delivering Brexit is something negotiated in real time, as it happens.

There are some advantages to this approach. As we have seen this week, it presents the UK Parliament with plenty of opportunities to write itself into the Brexit process in different ways.

Parliament may not have taken control of this process, for there are so many different actors and entities involved here, from the UK’s central political institutions, to the devolved governments, the domestic courts, the electorate, and even (indirectly) the EU’s institutions and court.

Yet Parliament is clearly now leveraging its influence over the process very effectively, and shaping the government’s decision-making in significant ways. Ultimately, the House of Commons is now the key forum where the direction of Brexit will be determined.

However, there are also clear disadvantages to the UK’s constitutional overload. There is major, pervasive uncertainty concerning what happens next, both in terms of the outcome and the process of EU withdrawal.

We might conceivably see a general election, a change of government, a change of Prime Minister, an attempt to renegotiate with the EU, an extension of the Article 50 negotiating period, a second vote on the draft deal, a second referendum on Brexit, negotiated withdrawal of the exit notice, unilateral withdrawal of the exit notice, or simply (the current default option as a matter of EU and UK law) a no deal Brexit.

In the UK’s overloaded constitution, at this point almost everything and nothing could be constitutional. There are barriers and objections to every way forward, and paradoxically, we are therefore in a period of both turbulence and stasis.

The risk of a genuine constitutional crisis, where the authority of the varying political actors is either shattered simultaneously or in irreconcilable conflict, is real.

In constitutional terms, however, the key challenge at present is surprisingly simple: is there a government that can get a majority of the House of Commons to support a plan, whatever that may be, for the next steps in the Brexit process?

It remains to be seen whether anything can cut through the current constitutional overload, and satisfy this increasingly impossible demand.

One year to go: is the EU settlement scheme working for children?

Can the Brexit transition period still be extended?

FCO, DfID, and the dismantling of UK aid law