Corbyn’s Brexit dilemma is not yet resolved 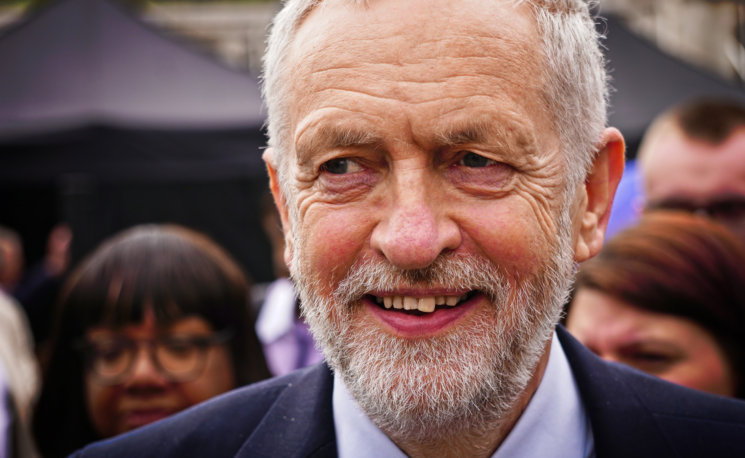 For Jeremy Corbyn and his many supporters in the Labour party, the next few months hold out the possibility of seizing a once-in-an-epoch opportunity. This has nothing to do with Brexit. The great prize for Corbyn is to lead a transformative socialist government.

Handled in the right way Brexit could actually make a Labour government under his leadership more likely. It might however scupper the chances of a full-blown socialist becoming Prime Minister for the foreseeable future.

To achieve the greatest prize of all – a Commons majority – Corbyn is ultimately therefore willing to be pragmatic about an issue many others see as the defining issue of our times.

To Corbynites Brexit bluntly represents a second order matter. The Labour leader and his closest advisors have their own views about the EU.

Wishing to wage war on capitalism at home, they see the EU as committed to maintaining an economic system they consider the cause of millions of people’s ills.

Indeed they blame ‘neo-liberal’ capitalism for creating the conditions that led many poor Britons voting for Brexit in 2016.

But most concede Brussels has promoted other forms of social and economic regulation that has often frustrated British enthusiasm for a completely free market.

Overall, it is likely that in his heart-of-hearts Corbyn would like to be out of the EU, to be able to build completely unimpeded a socialist Britain.

That was certainly the ambition of Corbyn’s mentor Tony Benn; indeed the party’s 1983 manifesto – a kind of Urtext for Corbynism – included leaving the European Economic Community.

But Brexit poses some tricky issues for the Labour leader. First, the overwhelming majority of Labour members want to stay in the EU and favour a second referendum as a means of securing that end.

Corbyn is publicly committed to a member-led party: in fact promising to represent members’ wishes was a significant reason why they voted for him as leader.

Second, the result of the 2017 election, which saw Corbyn unexpectedly deny May a Commons majority, was largely due to Labour winning over many Remain supporters.

Corbynites hailed 2017 as a moral victory and it certainly secured his position as leader for some time to come.

But if he is to turn these good results into actual power Corbyn needs to hold on to those Remainers who flocked to Labour, while also attracting Leavers whose votes caused the party to lose a number of seats in the north and midlands.

At least until recently, Corbyn enjoyed some lee-way in regard to these issues.  His social democratic opponents within the party, who mostly enthusiastically support a second referendum, have little credibility with Labour members.

Until they can build bridges with the rest of the party and come up with a viable alternative to Corbyn he can rely on most members’ support. Similarly, Remain voters have currently nowhere else to go apart from Labour. The Liberal Democrats might support a People’s Vote but are still flat-lining in opinion polls.

The creation of a new centre party, perhaps led by Labour social democrats frustrated by Corbyn’s cavilling over Brexit, might threaten his chance of power but they have yet to make their move.

So far, as his solution to these various imperatives, Corbyn has followed a policy of ambiguity, nodding to Leavers that he respects the referendum result while hoping Remainers will accept that all he can do is mitigate the worst aspects of Brexit.

Perhaps deliberately it is an approach that confuses not only most members of the public but also some of his own Shadow Cabinet.

In what is an essentially binary choice, one that as the Prime Minister has discovered wins you few friends and makes a lot of enemies, Corbyn has managed to stay floating above the fray.

As the meaningful vote on 11 December draws near, ambiguity is an increasingly incredible approach. Everybody expects May will lose this vote and then very likely lose a second one. With a deadlocked Commons the chances of a no deal Brexit rise.

But it is unlikely the government will allow a general election to help resolve matters. In these circumstances, Shadow Chancellor John McDonnell recently indicated, Labour should support a referendum with remaining in the EU as one of the options.

This was quite a turn-about for McDonnell. However, he was quickly slapped down by Corbyn’s spokesman, who indicated Labour policy as agreed at the 2018 conference remained that in such circumstances all options, not just a referendum, were still on the table.

McDonnell’s comments suggested that some in the Corbyn leadership were prepared to clarify its position but the reaction they provoked confirmed that proponents of ambiguity still rule. There are clearly tensions at the top of the party in a situation of unprecedented uncertainty.

We are long way from Corbyn deciding to throw his weight behind a second referendum. One suspects his ideal resolution is for a May-led Brexit, with a deal not dissimilar to the one she presently proposes.

Corbyn can oppose this in Parliament to maintain kudos with Remainers while claiming he is still respecting the Brexit vote to at least not alienate Leavers – and be free to criticise any of the negative consequences of such a deal.

But ironically this is exactly the kind of ‘catch-all’, pragmatic approach, Corbyn would have criticised were he still on the back benches. It is certainly at odds with the ‘straight talking honest politics’ he promised in his 2015 campaign to become leader.

Steven Fielding is professor of political history in the School of Politics and International Relations at the University of Nottingham. He is writing The Labour Party: from Callaghan to Corbyn for Polity.