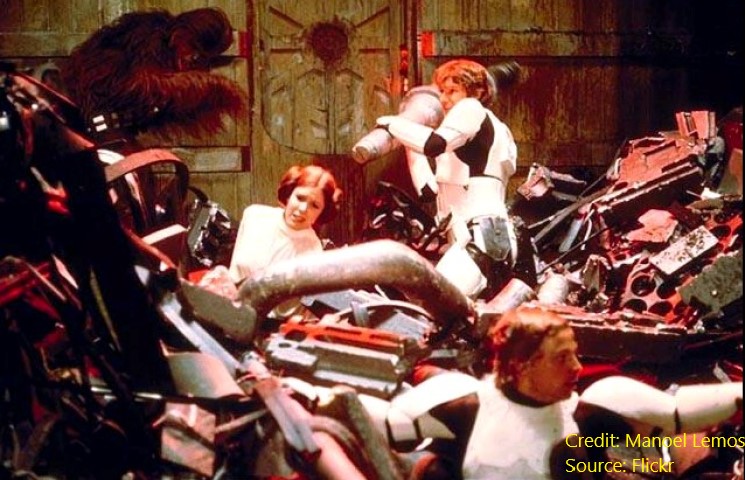 Before its president, Lady Hale, delivered the Court’s bombshell verdict on the government’s unlawful prorogation of parliament on Tuesday morning, the mood in the party had matched the dreadful weather that was battering Brighton, where it was meeting for its annual conference.

The previous day, Conference had decided to ignore the overwhelming desire of Labour’s grassroots membership that it not only reiterate its support for a second referendum but also commit to campaigning for the UK to remain in the EU should a so-called ‘People’s Vote’ take place – something that no-one now should rule out.

Some three quarters of members think the party should officially campaign in favour of remaining in the EU, but a motion to that effect was not carried.

This came as a huge relief to Jeremy Corbyn but not to all of his colleagues, many of whom believe passionately (and are prepared to say publicly) that Labour is bound to suffer electorally as a consequence.

One of them, the party’s foreign affairs spokesperson, Emily Thornberry, put their feelings best. Speaking as the rain lashed down on the Sussex coast, she admitted:

“I’ve been thinking about this quite a lot and I keep running through lots of films. You get the hero who is standing in the middle and the walls are coming in.

“It is used lots of times, it’s used in Indiana Jones where the walls are coming, or Zorro, and I think there’s also a bit in Star Wars where they’re in the crusher.

“And the answer is not just stand there and go ‘oh well, I know I’m right’ – the idea is to get out of there and that’s kind of where we are with these two sides pushing us.”

The two sides of the crusher are Boris Johnson’s Conservative government and Jo Swinson’s Liberal Democrats. And, right now, it’s hard to say which of them constitutes the bigger threat to Labour.

Parliament, it seems, has (at least temporarily) blocked a no deal Brexit.

Meanwhile, the obstacles to Johnson pulling off a last-minute deal with Brussels remain formidable – especially after his performance in the recalled House of Commons enraged so many Labour MPs, at least some of whom he needs to vote for any revised Withdrawal Agreement.

Yet the Tories are still promising voters that the UK is going to be leaving the EU on 31 October.

Perhaps the Prime Minister has a few tricks up his sleeve that will allow him to fulfil that pledge even after he was given what must rank as the biggest legal reprimand delivered to a sitting head of government in British political history yesterday.

But the fact that he and his colleagues continue to reiterate it regardless of the difficulties involved is a reminder that their electoral – indeed, their survival – strategy is still centred on grabbing back the people Theresa May lost to Nigel Farage’s Brexit Party and uniting Leave voters under the Tory banner.

That strategy makes a lot of sense – not least because the UK’s electoral system means the Conservatives don’t need anywhere near all of the 52 per cent of the electorate who voted Leave in 2016.

Around 35 per cent should do it, especially if Labour (and its leader) is polling as poorly as it is currently.

The decision by Her Majesty’s Opposition to sit on the fence is unlikely to do much – indeed anything at all – to turn around its dire ratings.

Certainly, it offers little to tempt diehard Leavers or even Leave-leaners into voting for Jeremy Corbyn, unless, perhaps, they are habitual, tribal Labour supporters toying with the idea of straying to the Tories or the Brexit Party but desperately looking for a reason to stay loyal.

As a defensive strategy, that might, just, have some merit; but Labour lagged some 55 seats behind the Tories in 2017, so it should be on the offensive.

Defensive or otherwise, Labour’s position is in any case likely to be tested to (or beyond) destruction ‘on the doorstep’ at any general election.

Not only is it neither one thing or the other, it is also really hard to explain to the average voter – as anyone who’s seen its spokespeople trying to do so will attest.

So to the other side of the Star Wars-style crusher, the Lib Dems. When they stopped rubbing their hands over Labour’s decision on Monday not to decide, they presumably used them to crack open a few bottles of champagne.

Just as Johnson has decided to appeal almost exclusively to Leave voters, Swinson has done the same, just in reverse.

The decision of the Lib Dem conference held in Bournemouth last week to call for immediate revocation of Article 50, which served notice to the EU that the UK would be leaving, was catnip to diehard Remainers, many of whom were losing (or had already lost) patience with Corbyn’s equivocation and for whom his big ‘win’ in Brighton will be the final straw.

Of course, the Lib Dems stand virtually no chance of winning a majority – the last time they did so was in 1906 and they are currently polling at, give or take, 20 per cent).

So, in reality, they are still relying on a hung parliament forcing a second referendum, at which point they will once again campaign hard for Remain. But as a branding exercise, revocation has got an awful lot going for it.

It has exactly the kind of clarity that Labour’s strategy so badly lacks.

And, especially when combined with Swinson’s apparent unwillingness to help Jeremy Corbyn into office, stands a reasonable chance of pulling in pro-European Tory voters, of whom, it is easy to forget, several million – a fair few of whom are located in Remain-voting constituencies where the Lib Dems came a not-too-distant second to the Conservatives last time around.

The only drawback of Swinson’s strategy is that in other seats, the Lib Dems’ aggressively pro-Remain position will, by virtue of its appeal to many disaffected Labour pro-Europeans, effectively split the ‘progressive’, anti-Conservative vote, thereby allowing the Tories to pick up some seats by coming through the middle.

But to put it bluntly, that is simply not Swinson’s problem. It is Corbyn’s.

And while the Supreme Court’s criticism of the government may have temporarily knocked his party’s travails off the news agenda, it does nothing to alter the fact that, in trying to have it both ways, Labour risks being not simply squeezed but crushed.

By Tim Bale, Deputy Director at the UK in a Changing Europe and Professor of Politics at Queen Mary University of London.