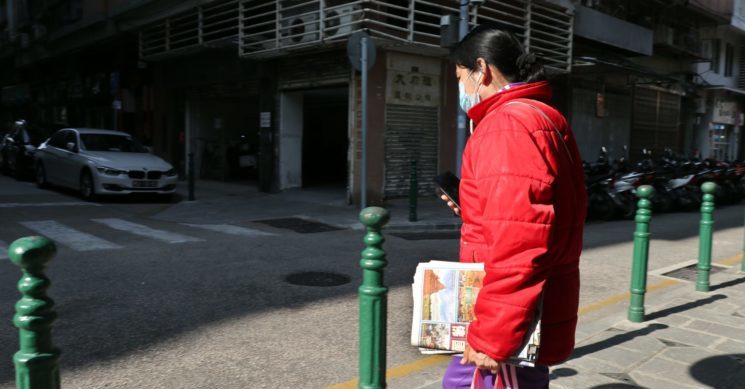 Beginning with reports of several cases of pneumonia on 31 December 2019 by health authorities in Wuhan, China, coronavirus (2019-nCoV) spread to Europe and the UK. One recent UK case involved a suspected so-called ‘superspreader’, who contracted the virus in Singapore, and passed it onto other Britons at a chalet in the French Alps, before returning to the UK.

All this took place just as the UK was leaving the EU. The spread of the coronavirus to the UK underlines the gaps and flawed ideology in the government’s stance on the future relationship(s) with our closest European neighbours, who remain part of the EU and its highly integrated health protection structures.

Here, I build on my recent work with others to review how that system operates and explain how and why the government’s stance threatens to undermine future health security. I pay particular attention to existing arrangements for European countries that are not in the EU, and that therefore have in place looser cooperation with its structures than EU member states.

It is imperative that the government revises its stance in negotiations on the future relationship(s) to reduce the scope for fragmentation in the current system of pan-European cooperation, thus better protecting the UK and, indeed, Europe as a whole.

This remains unlikely while the UK’s position is underpinned by a particular and limited understanding of the exercise of sovereignty as ‘taking back control’. This conflicts with the understanding of sovereignty within the EU’s health protection system – mirroring the EU’s constitutional legal order – where it is more a resource to be pooled and shared through common standards and decision-making mechanisms.

At the global level the response to major outbreaks of infectious diseases are based on the International Health Regulations (IHR) and coordinated by the World Health Organisation (WHO). The EU regime for communicable disease control is coordinated by the European Centre for Disease Prevention and Control (ECDC) in Stockholm.

The ECDC works closely with the WHO and plays a central role in EU-wide planning and response to health threats. Whatever its future relationship(s) with the EU, the UK will continue to participate in the WHO system – but this entails far less cooperation than is provided through the EU-wide health protection system.

The deep cooperation under that system reflects the close relationships that exist within the EU, especially in relation to the freedom of movement of goods and persons. The ECDC oversees the Early Warning and Response System (EWRS), and the wider EU preparedness and response regime that includes an emergency mechanism for the approval of pandemic medicines by the European Medicines Agency (EMA), and joint public procurement.

Any health risk that poses a serious threat, and has spread across national borders, is notified via the EWRS. Data on such risks are collated into regular reports (such as the one on coronavirus) by the ECDC, which then inform the decisions of Health Security Committee – comprising the member states and the Commission.

Now that it has left the EU, the UK no longer has any say in the EU’s decision-making processes, although it will continue to participate in EU arrangements – including the EWRS – until the end of the transition period. The UK is no longer part of the EMA or the joint procurement arrangements, and so does not have the same level of access to medical countermeasures, including those developed through the urgent market authorisation procedure.

Moreover, manufacturers of these countermeasures are likely to prioritise obtaining market authorisation in the EU over the UK’s far smaller market.

Health security does not appear to be a central component of the UK government’s negotiating position with the EU.

It seems committed to non-alignment with EU single market rules, and to avoiding oversight of the future relationship(s) with the EU by the European Court of Justice – or equivalent arrangements under the European Economic Area (EEA), which includes EU countries and also Iceland, Liechtenstein, and Norway. These three also participate in the EU’s health protection regime, as they are members of the single market, and work closely with the ECDC.

As a consequence of the UK’s approach, it will be unable to participate in the exchange of much of the data required for effective surveillance, or certain mechanisms to coordinate responses. This is the situation faced by countries beyond the borders of the EEA: although several also participate in some of the activities of the EWRS, their participation is under the framework of the IHR, rather than the deeper cooperation provided by EU arrangements.

The position of Switzerland is particularly helpful in illuminating the implications of the UK’s stance on its future relationship(s) with the EU. In addition to being outside the EU, Switzerland is also outside the single market, and as a consequence is excluded from many elements of the EU’s disease control structures. The emergence of 2019-nCoV has prompted the Swiss government to ask the EU to give it temporary access to the EWRS.

However, Switzerland is unlikely to obtain permanent access because it does not adopt single market rules automatically, and this provides an important lesson to the UK government in light of its negotiating position. The experience of Switzerland also points to the importance of having in place the necessary level of access to EU-wide health protection systems before a public health event occurs.

The ECDC cooperates with other countries, including the USA, China, and Israel. However, the degree of cooperation, especially in the key areas of data exchange, medicines authorisations, and vaccine procurement, is far more limited than that between member states. Overall, the stance of the UK government has potentially dire implications for the ability of the UK – and the EU – to cooperate as closely as possible in relation to cross-border public health threats.

Although cooperation makes perfect sense from a public health perspective, and could not be more vital, the UK government’s ideological approach to future arrangements between the UK and EU threatens to undermine health security.

The UK is able to access the EWRS, and ensure timely and rapid communication and coordination between UK public health authorities and their EU-based counterparts, until the end of the transition period. However, future access by the UK remains uncertain and imperilled by its own negotiating position.

The mutual interest of the UK, EU institutions, and the remaining EU member states, in continued close cooperation in health protection systems, does not necessarily guarantee that other interests, and ideologies that are antithetical to public health, will not prevail. Switzerland’s experience makes this abundantly clear.

Continuing and even strengthening health protection systems between the UK and the rest of Europe remains imperative if lives and health are to be safeguarded. The UK government’s stance on the future relationship(s) with the EU makes this unlikely.

A focus on the exercise of sovereignty as ‘taking back control’ is more likely to lead to a loss of control over future cross-border public health threats. This would have potentially dire consequences for the health security of the UK and, indeed, the continent as a whole.