Could Brexit disturb the peace in Northern Ireland 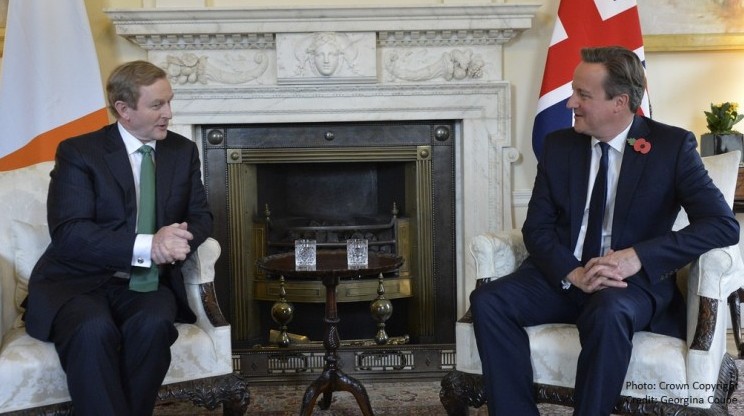 The Brexit debate may unwittingly be reviving tensions between the two communities.

The Irish government has repeatedly expressed its view that a Brexit is not in the economic interests of Ireland and Enda Kenny, the Irish prime minister, has argued that a Brexit could actually endanger the stability of the peace process in Northern Ireland.

Such interventions have aroused criticism from Unionist politicians and maybe overstated, but is there potential here for a Brexit undermining key elements of the political settlement within Northern Ireland and heightening tensions between the two communities?

As the only part of the UK to share a land border (300 miles) with another EU member state, the argument and debate over Brexit are not just playing out differently in Northern Ireland but are unique to this region. Maybe we should be talking of a NIexit rather than Brexit. In theory, Brexit will entail the imposition of a hard border between Northern Ireland and the Republic of Ireland.

The nature and impact of a hard border are hotly debated and it would have repercussions for trade, tourism, cross-border workers and impact on mind-sets but – it also has implications for the ongoing peace process.

Eighteen years may have passed since the Good Friday agreement of 1998 which sought to bring 30 years of conflict to an end through support for a new political settlement.

The process of conflict transformation has not always been easy, but it has brought about greater political stability and garnered growing business confidence.

The EU has played an active role in facilitating the peace process by encouraging much better community relations through its unique peace programme that was designed to support peace and reconciliation in the border region. Peace IV has just been approved and has earmarked some €269m to this end until 2020.

The Good Friday agreement was predicated on both Ireland and the United Kingdom being members of the European Union and the devolution settlement created a number of cross border institutions to facilitate political interaction in areas of common concern, both north and south. In the event of a Brexit such cross-border institutions would find it somewhat more difficult to work across the border and the sustainability of other existing EU programmes would need to be revisited.

A Brexit would also deprive both the British and Irish governments of a regular and neutral venue, in the form of the European Council, whose meetings have provided the prime ministers of both Ireland and the United Kingdom to enhance Anglo-Irish relations and to discuss Northern Ireland.

In wider terms membership of the European Union has enabled the dilution of the concept of sovereignty in Ireland, led to the Irish Republic’s claim to the six counties comprising Northern Ireland being dropped and in turn, has helped to reduce the stakes in the old battles between Irish unification and UK unionism. The devolution arrangements have helped to ease tensions and build growing confidence.

The Brexit debate may unwittingly be reviving tensions between the two communities. Support for the UK’s membership of the EU is currently stronger in Northern Ireland (at some 5-58 per cent) than for the UK average.

However, closer examination reveals that there is a very strong majority of the nationalist community (over 90%) supporting the UK’s EU membership. Support among the unionist community is much smaller (some 24 per cent) with a narrow majority favouring Brexit.

The EU referendum and Europe debate in 7 charts

The scenario of the UK leaving the European Union, when a majority of the population of Northern Ireland have opted to remain (and especially if there has been a decisive vote in favour among the nationalist community), may exacerbate tensions, fuel demands for a border poll on Irish unification and challenge the durability of the peace process.

The implications of a Brexit for Northern Ireland form a unique angle in the British government’s approach to the EU question.

Dr Lee McGowan is a commissioning fund awardee of The UK in a Changing Europe. This piece originally featured in The Telegraph.