Could Brexit spell the end for “just-in-time” production? 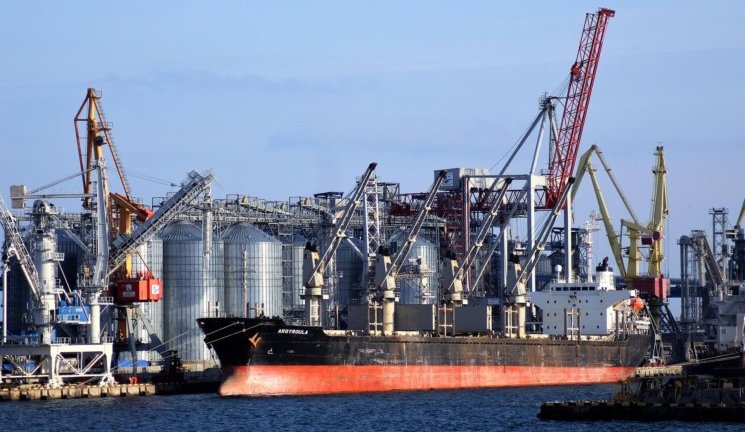 We all know that Brexit poses challenges, but the technical detail is often poorly understood. One problem you may not have heard of relates to “just in time” production. And it’s a big one.

Throughout the UK, industries are deeply interconnected with those in the rest of the European Union through complex cross-border supply chains. Such supply chains comprise intricate processes of value-adding by firms in different countries, with component goods and services crisscrossing borders multiple times before reaching the consumer.

The most deeply embedded and integrated of all supply chains are those which are known as just-in-time (JIT) supply chains. These production systems first originated in the Japanese automotive and electronics sectors, and are now widespread across whole areas of UK manufacturing, engineering, retail and consumer goods markets, and especially those sectors highly integrated with the rest of Europe.

In JIT supply chains, firms hold little or no inventories. Supplies are delivered in very small quantities at very high frequencies from suppliers which are located in nearby regions or countries. As well as reducing costs, a key advantage of such JIT systems is maximising product and service quality.

JIT systems allow for errors in production or machining to be identified immediately and for problems to be rectified as they arise, thereby ensuring maximum quality and ultra cost-efficiency.

Many thousands of UK firms depend critically on JIT systems to ensure their products and services are competitive on global markets. But for JIT to work, the whole delivery system has to be seamless or frictionless.

The frictionless trade enabled by the EU’s customs union and single market allow such pan-European JIT supply systems to operate smoothly, and today these systems are almost ubiquitous in many areas of UK and EU manufacturing, engineering, logistics and retail.

They are especially important in those regions of the UK with strong manufacturing bases such as the Midlands and the North of England—more on that later.

One example of JIT in operation is the Swindon assembly plant of Honda UK. In evidence to the Business Select Committee late last year, Honda said that it retained just an hour’s worth of parts at the Swindon production line, and it required 350 trucks’ worth of components to be delivered every day from Europe.

The Japanese-owned firm stated that every 15 minutes of customs delay would cost it up to £850,000 a year, and that it would take 18 months to set up new procedures and warehouses if Britain left the customs union. Even then, with 2m daily component movements, just minor delays at the Channel Tunnel and Dover would force hundreds of its trucks to wait for the equivalent of 90 hours a day.

Honda’s government affairs manager, Patrick Keating stated that “outside of the customs union, there is no such thing as a frictionless border. I wouldn’t say that the just-in-time manufacturing model wouldn’t work, but it would certainly be very challenging.”

As a result, even short hold-ups at customs borders will likely cause big problems for the fine-grained supply chains involved in UK manufacturing, and will likely make Britain a less competitive place to assemble cars.

Indeed, if the UK leaves both the customs union and the single market it is very difficult to see how such cross-border JIT systems can survive in their current form. Customs processes, however short, are simply incompatible with these systems because of the uncertainty associated with delivery time variations. If seamless cross-border JIT systems cannot be ensured, many European producers will cut many of their supply links with the UK.

It gets worse. Our research suggests that—ironically—it’s the economically weaker Leave-voting regions of the Midlands and the North of England that are the most exposed to Brexit trade-related risks. That’s because the current structure of the UK’s supply chains means that their economies are more connected with the rest of the EU.

These are also the regions whose advanced manufacturing sectors are the most embedded in “just-in-time” (JIT) systems—probably Nissan in the North East is the most obvious case, but there are many others including Toyota in Derbyshire, Jaguar Land Rover in the West Midlands, Ford in Bridgend and Honda in Swindon.

In all likelihood, therefore, any Brexit-related trade shocks will most adversely affect these Leave-voting regions, and especially those areas whose advanced manufacturing activities are operating “just-in-time” (JIT) systems.

So it is little surprise that the Business Select Committee concluded in its report “The impact of Brexit on the automotive sector” that “non-tariff barriers, in the form of border delays and increased bureaucracy, will… affect UK competitiveness. We recommend that the government should, in its negotiations, place a high premium on securing frictionless trade for the automotive sector.”

Moreover, it is hard to see how technology can provide solutions, given that individual truck-containers will not only contain supplies and components from numerous different suppliers, but also the composition of each container will differ from day to day and even hour to hour.

As such, enforcing compliance with EU requirements will make cross-border JIT systems almost impossible to operate.

By Philip McCann and Raquel Ortega-Argilés part of The UK in a Changing Europe. This piece originally featured in Prospect.