Could international trade law support a frictionless border between the EU and Northern Ireland? 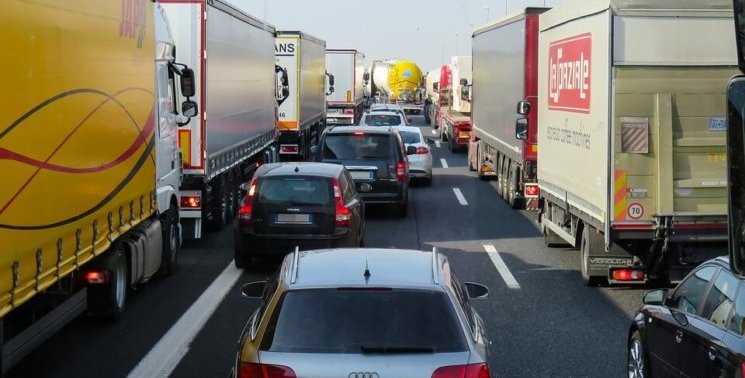 A number of international trade law issues could arise in relation to the UK’s border with the Republic of Ireland in a Brexit scenario in which the UK left the customs union and the single market.

Most of these relate in one way or another to the Most Favoured Nation (MFN) principle of Article I of the GATT. This rule requires that Member states of the World Trade Organization (WTO) must treat goods from all countries the same way – you cannot engage in favouritism when it comes to trade, unless you have established a formal free trade agreement or customs union.

Backstop: A border in the Irish Sea

First, there has been a suggestion that Northern Ireland (NI) could remain in the EU’s customs union, while the rest of the UK leaves. There are already a number of differences in regulation between Great Britain and NI, notably in relation to certain agricultural products.

Adding more such disparities in order to preserve regulatory alignment between NI the EU could be achieved legally, as the situation is fairly common to federal states (as in the US and Canada).

But a different tariff regime between Great Britain and NI could conceivably violate the international law principle of ‘best in-state treatment.’ Under Article 27 of the Vienna Convention on the Law of Treaties, there is a general presumption that a treaty applies to the whole of the territory of the state, regardless of whether it contains subdivisions, as between England and NI.

In other words, exporters would be entitled to the better of the NI tariff (the EU one, essentially) and that applied by Great Britain anyway, rendering a differential tariff regime meaningless. It could be possible to escape this obligation through the creation of a Special Economic Zone or Free Trade Area, but it is unlikely that such an area could cover all of NI.

Returning to the actual NI / Ireland border, there has been some debate as to whether the EU or the UK would be able to implement simplified customs procedures (the so-called Maximum Facilitation strategy) to minimize disruptions following Brexit, or whether this could be construed as a violation of MFN because it would amount to favouritism among two WTO members outside of a customs union or free trade agreement.

Such preferential treatment, some have argued, may be justified on the basis of the ‘frontier traffic’ (meaning common land border) exception of Article XXIV.3 of the GATT. There is no definition of ‘frontier traffic’ in the GATT, nor has there been any case law, but authoritative commentary on this provision suggests the area affected should usually be limited to a distance of 15 kilometres from the frontier.

Although the concept of ‘frontier traffic’ should not be defined too narrowly, it seems most likely that this exception was meant to cover goods produced and consumed near the border, or somewhere near to the border region. It would probably not cover all of Ireland and would certainly not work as a backdoor to Europe.

Maximum facilitation and the Irish Border

Article XVIII of the GATT recognizes the need for minimizing the incidence and complexity of import and export formalities (for both tariff and non-tariff barriers) and for decreasing and simplifying import and export documentation requirements.

Article 7 of the new Trade Facilitation Agreement further obliges WTO members to minimize customs formalities through technology, including pre-inspections and electronic payment – many of the ideas contained in the Maximum Facilitation concept.

Additionally, regarding health and safety inspections for food products crossing the border, the WTO Agreement on Sanitary and Phytosanitary Measures (SPS) provides that WTO members must ensure that regulations and inspection procedures must be applied only to the extent necessary to protect health and cannot be maintained without sufficient scientific evidence.

The extent of scientific risk is not predicated on membership of the customs union or the single market. Furthermore, WTO members must ensure that their food regulations do not arbitrarily or unjustifiably discriminate between members where identical or similar conditions prevail, including between their own territory and that of other WTO members.

Since the UK intends to maintain regulatory convergence with the EU immediately following Brexit, the EU should not treat products from the UK via NI differently than they did before Brexit. Similarly, the WTO’s Technical Barriers to Trade (TBT) Agreement states that technical regulations shall not be more trade-restrictive than necessary to fulfil a legitimate policy objective.

Therefore, conformity assessment procedures (as at the Irish border) should not be prepared, adopted or applied with a view to, or with the effect of, creating unnecessary obstacles to international trade. All of this suggests that a Maximum Facilitation-style border between NI and Ireland is not only legally defensible but may even be obligatory.

Were the EU to implement border procedures of the kind anticipated by Maximum Facilitation this would not amount to a breach of MFN if it did not to do so on some of its other external borders, for example that between Latvian and Russia.

Article 10 of the Trade Facilitation Agreement speaks of taking into account legitimate policy exceptions and changed circumstances – meaning that the special circumstances of the border with NI (existing regulatory alignment and political / social sensitivity) could justify differential treatment relative to other border states.

Finally, with respect to the suggestion that simplified Irish border formalities and procedures could operate as a violation of the MFN provision because they are inherently preferential, it is worth drawing attention to the rarely used (but recently high profile) essential security provision of the GATT.

Under Article XXI of the GATT, WTO members are entitled to take such actions which are necessary ‘to prevent any contracting party from taking any action which it considers necessary for the protection of its essential security interests taken in time of war or other emergency in international relations.’

While the essential security provision was clearly intended only to be used on an exceptional basis, it is important to recall that many are concerned that a hard (or harder) border between the UK and Ireland would be detrimental to the maintenance of peace, potentially leading to a return to armed hostilities or even war.

If derogation from MFN could prevent such eventualities, then this is arguably justified on the basis of national security as envisaged by the GATT.

In conclusion, there are a number of provisions of international trade law which should support a mostly frictionless border between the EU and NI without violating the MFN rule.

Consequently, this issue should not be viewed as an impediment to the UK’s departure from the EU’s customs union and single market after Brexit.

By David Collins, Professor of International Economic Law at City, University of London.