Could the EU or the UK ban Russian citizens from entry? 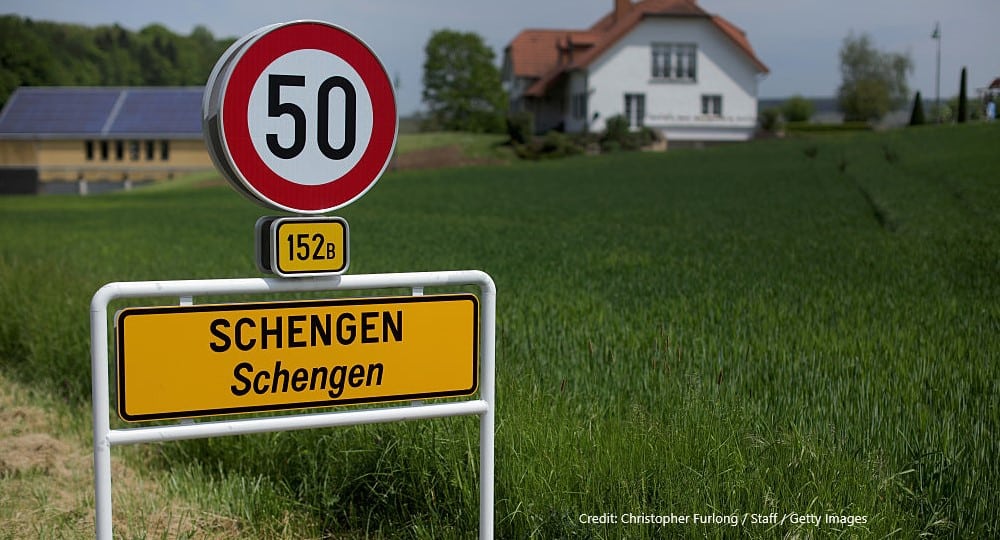 Ukrainian President Zelensky has called for a ban on all Russian travellers from entry to the West. Echoing the call, Danish Foreign Minister, Jeppe Kofod, shamed Russians sunbathing and ‘living in luxury’ in the south of Europe while Ukrainian cities were destroyed. Estonian Prime Minister, Kaja Kallas, tweeted that ‘visiting Europe is a privilege, not a human right’, and she joined countries including Latvia, Lithuania, Denmark, Finland, and Poland in demanding the suspension of Schengen visas for Russian tourists. A ban on entry would be seen as both a punishment against Russian aggression, and a means of placing pressure on the Kremlin.

The Schengen zone is an area of 26 countries in Europe without internal borders, allowing for free movement of people between them. Schengen visas allow time-limited entry to the Schengen zone for third country nationals outside the EU. The visas can be for individuals to visit family, or for the purpose of business or tourism. 22 (of 27) EU countries are part of the Schengen zone, in addition to the non-EU countries of Iceland, Lichtenstein, Norway, and Switzerland. The visas are governed by the Schengen Agreement.

The foreign ministers of EU Member states are expected to discuss a ban at their informal meeting on 30-31 August. The European Commission has said that the question of whether to issue a Schengen visa is a decision for each Member State, while EU foreign policy chief, Josep Borrell, said that a total visa ban ‘is not a good idea’.

As a matter of EU law, there is no precedent for a ban based on nationality, and no current legal guidance. There has been heated academic debate as to whether it is legally possible, ethically permissible or politically feasible to ban Russian citizens.

Arguments against the legality of a ban emphasise the disproportionate and unethical nature of ‘collective punishment’, and contend that it would be a violation of the EU Treaties’ foundational values of human rights, non-discrimination and the rule of law. They underline that holding a passport should not mean personal responsibility for the actions of the government which issued it, as citizenship is like ‘a lottery ticket you have not chosen’.

Under the current rules underpinning the Schengen Agreement, it is a matter for individual countries as to whether to issue a visa. Visa rules also already discriminate by nationality: UK citizens can currently travel to the Schengen zone without a visa, but Russian citizens, along with many other third countries, require one.

Changing the rules to ban Russian citizens would require a degree of agreement among members that does not currently appear to exist. The German Chancellor, Olaf Scholz, rejected the proposal, highlighting Russian refugees who have fled the regime. Indeed, an estimated 200,000 Russian citizens left in response to the war by March 2022 alone. The Biden administration has similarly rejected the possibility of a ban, instead wanting to offer ‘refuge and safety for Russia’s dissidents or others who are vulnerable to human rights abuses’.

The UK was never part of the Schengen zone and is not bound by EU migration rules. With the Republic of Ireland (an EU member), the UK forms the Common Travel Area (CTA) allowing similar freedom of movement between the countries. Irish Foreign Affairs Minister Simon Coveney highlighted that reducing Russian visas to the CTA would need to be discussed with the UK.

On the UK-side, the government introduced the power to ban individuals based on their nationality directly in response to the Russian invasion of Ukraine. The new Nationality and Borders Act 2022, which became law in May, has expanded the discretion of the Home Office over the issuing of visas. It created a new power for the Home Secretary to slow, suspend, invalidate or add a penalty surcharge on visa applications from citizens of a state that she determines to be a ‘risk to international peace and security’.

The definition of what the Home Secretary may deem to be a ‘risk’ is broad. It can include any action by a government which gives rise, or is likely to give rise, to a threat to international peace and security, armed conflict, or a breach of international humanitarian law.

Before making visa penalty provision in relation to a specified country, the Home Secretary must give the government of that country reasonable notice of the proposal to do so. The Home Secretary must also inform Parliament, who have 40 days to disapprove of it through a resolution. Disapproval by either the Commons or the Lords requires the Home Secretary to make such changes as appears to her to be required – a less strict form of parliamentary oversight, reflecting the deference to the immigration policies of government. Parliament can ultimately reject a change in the rules, but this has rarely happened.

The Act requires that the Home Secretary review her decision every two months, and revoke any penalty she has applied if she determines it is not ‘necessary or expedient’, even if the country’s government is continuing to take action which placed it under the provisions in the first place.

The intention behind the new power was to create ‘domestic dissatisfaction’ among the state’s citizens, and so pressure on the government to change its behaviour. It was intended to exist along other measures adopted by the UK government to influence other states’ behaviour, for example, sanctions.

Despite strong support shown for Ukraine by the UK government, there has been little political discussion of a ban on the entry of Russian citizens to the UK. Prior to the Russian-Ukraine war, the UK carried over certain sanctions relating to Russia introduced during EU membership as part of retained EU law. Since the invasion, the UK introduced targeted responses in the form of additional sanctions against certain Russian companies and individuals, as well as trade, finance and transport sanctions.

In contrast to the uncertain EU legal position, UK law is clear. The Home Secretary could ban the entry of all Russian citizens. However, the question of whether government can do something by law is very different to the question as to whether they should take those steps.

Despite introducing the power to ban a nationality because of the Russian invasion, it is unlikely that a ban on entry to the UK will be introduced. It is also unlikely that the EU will ban Russian citizens, though individual EU member states may adopt increasingly restrictive policies on issuing visas. However, as Schengen visas allow entry to all countries within the zone, and so this would not prevent Russian citizens from entry through another Schengen member with less restrictive policies.

By Dr Joelle Grogan, Senior Researcher at UK in a Changing Europe.