Covid-19 and Brexit: the transition period could have been extended 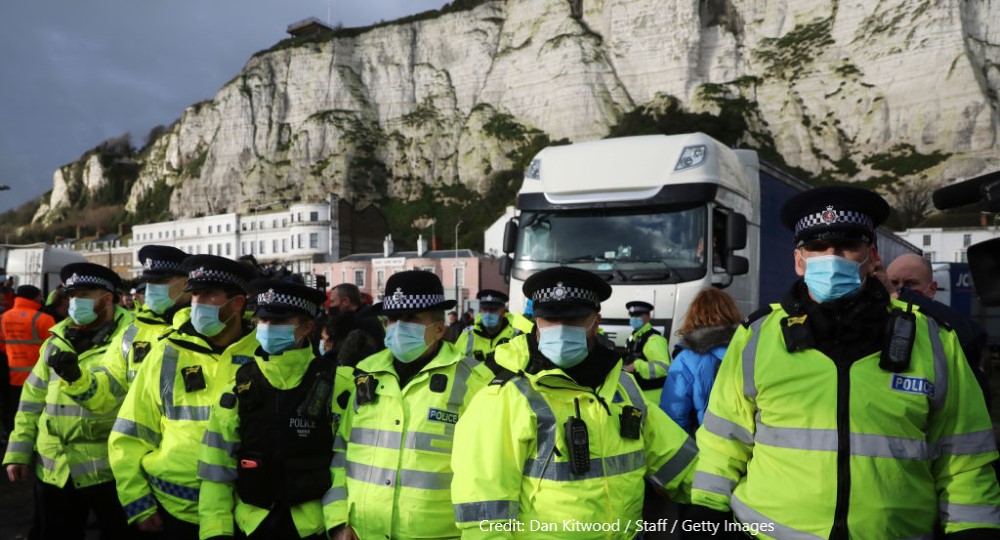 On March 24, 2020, the day after the first Covid lockdown, chief executive of the Road Haulage Association Richard Burnett wrote to Michael Gove to call for an extension to the UK’s transition period for leaving the EU.

His explanation: “The coronavirus outbreak means that we are simply not in a position to give the complexity of future trade arrangements with the EU the necessary focus.”

He noted, too, that trying to negotiate a trade deal in 11 months and “preparing for our exit on January 1, 2021, was always going to be a challenge for government, operators and stakeholders.”

So, in his view, Covid was already draining government and management capacity.

By June 2020 the calls for an extension grew much louder, including from Stormont and the Welsh and Scottish parliaments. Mike Russell, Constitution Secretary in Holyrood, said it was reckless for the UK government to continue negotiations, pushing forward its plans for a hard Brexit, at the height of the coronavirus crisis.

An extension would have been possible. Article 132 of the Withdrawal Agreement allowed for this: the Joint (UK/EU) Committee may, before July 1, 2020, adopt “a single decision extending the transition period for up to one or two years”.

However, the Conservative manifesto, drafted pre-Covid, made clear that Boris Johnson would not ask for an extension, a commitment enshrined in law by the EU (Withdrawal Agreement) Act 2020.

The recently repeated mantra – when the facts change, our position changes – did not seem to apply in June 2020 and the government refused to request an extension to the transition. The door shut. UK-EU negotiations continued but with the contentious issues – fish, level playing field and governance – unresolved.

Meanwhile, the number of Covid cases was falling and the UK was opening up. The sun was shining and the government was keen to put the ghastliness of lockdown and the thousands of Covid deaths behind it. Johnson told the Daily Telegraph in July 2020 that Britain can aim for a “significant return” to normality in time for Christmas.

But scientists were considerably less optimistic. In June 2020, the BBC was already reporting concern about a second wave, deadlier than the first. Yet the government was determined that negotiations should continue and, if they failed, that the UK was prepared to leave with no deal and it would prosper mightily.

However, the arrival of the new mutation of the virus, the queues at the borders, travel bans being imposed by many countries, severe restrictions on Christmas movements and the likelihood of a third national lockdown, indicates that the appetite by the UK for a deal has increased, not diminished.

Yet the crucial deadline of 11pm on December 31, 2020, when the transition period runs out and the EU treaties cease applying, is less than ten days away.

There is no deal at the moment. If there are puffs of white smoke there is no time for either the European Parliament or Westminster to scrutinise and ratify a major document, which will shap UK-EU relations for at least the next decade.

Can anything be done to buy more time, even a few weeks into the new year? Various routes have been suggested.

One is to use Article 50, the legal basis for the Withdrawal Agreement. It has been argued that, under international law, extending the transition would constitute an amendment to an existing agreement so Article 50 could still be used as a legal basis.

However, some EU lawyers argue that Article 50 was turned off, for the UK, on Brexit day, January 31, 2020, and so cannot be used.

Another possibility is for the EU or heads of state and government and the UK to enter into an international agreement to agree to an extension.

However, this is difficult legally because an extension of the transition would extend EU law and so the EU would need a “legal basis” (that is, a provision in the EU treaties) to act. Article 50 would be the easiest legal basis – which takes us back to the problem with the application of Article 50 described above.

Others have suggested that a simple exchange of notes between the EU and the UK would suffice to ensure the continued application of EU law for a few days or weeks.

Again, this is legally problematic but ultimately it would be for the ECJ to decide. Quite a lot of legislative change will be required in the UK too to change “IP Completion day”. Not to mention the wrangling over the UK’s financial contributions.

So far, No.10 has rejected calls to extend the transition. Theresa May said the same, but in March 2019 had to change her mind. Johnson said he would eat his hat in October 2019 if forced to request a transition, which he then did.

Things may look rather different on December 31, 2020. It did not have to be this way. The failure to ask for an extension in June has compounded the current crisis.

By Catherine Barnard, senior fellow of UK in a Changing Europe and professor of EU law at Cambridge University. This piece was originally published by HuffPost.