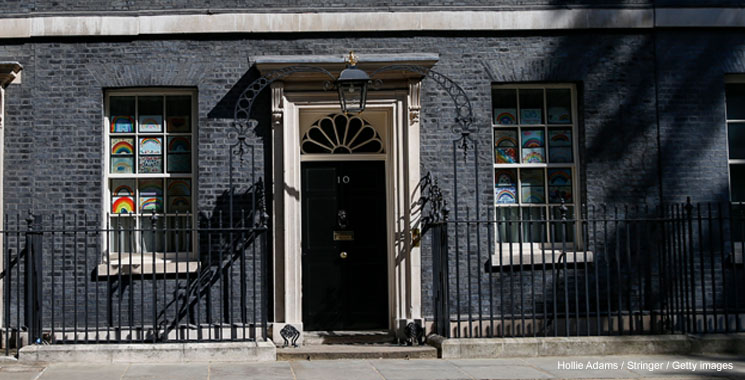 It’s an ill wind, they say, that blows nobody any good. And the coronavirus crisis is no exception. It’s too early to tell how – or how much – it will change UK politics in the long term. But we can at least make some educated guesses about the short- to medium-term opportunities and threats it presents to the Conservative government and to its Labour opposition.

Both the Brexit referendum and the 2019 general election proved that Boris Johnson is a phenomenally gifted campaigner. But doubts remained – even among his colleagues – about his capacity to handle the infinitely harder task of actually running the country.

Covid-19 provides him with the chance to put an end to those doubts once and for all – and to show a sceptical electorate that he’s not just someone they can’t help but like but someone they can trust as well.

More broadly, the crisis provides the chance for the Conservatives to convince people that the NHS really is safe in their hands – something they’ve had an awful lot of trouble doing since it was created by Labour nearly three-quarters of a century ago.

Then there is the opportunity that the crisis gives the Conservatives to hit the reset button on a relationship with the BBC that was rapidly becoming poisonous, as well as on plans to reform immigration which looked set to cause major disruption to the labour market – especially in low-paid but crucial sectors like social care.

And talking of social care, the coronavirus crisis presents the government with the perfect opportunity to grasp a nettle that it might otherwise have shied away from.

Truly profound changes in the UK often come about not as the result of cross-party initiatives but as a result of one or other of the two main parties making the running, leaving the other with nothing else to do but to play catch-up.

If they can do it, knitting together health and social care could pay as big an electoral dividend for the Conservatives as creating the NHS has always done for Labour.

Finally, the obvious need to repair the public finances after the crisis has passed presents the Conservative Party with another opportunity – the chance to shed its reputation as the party of austerity by raising (and just as importantly reforming) taxation instead of hitting the poorest hardest with yet more, largely counterproductive spending cuts.

None of this is to say, of course, that Covid-19 doesn’t present a serious threat to the party. For one thing, any post-mortem that takes place could end up revealing that its leader really was as reckless, as lazy and as uninterested in the detailed business of government as his critics feared.

And it could end up reminding voters big-time that, during a decade in power, the Conservatives spent far too little on the NHS.

There is also a clear and present danger that the party’s fixation with getting Brexit done could see the UK refuse to extend transition and, just as it’s struggling to get back on its feet again, effectively crash out of the single market and customs union without having secured some sort of deal with the EU.

Nor is there any guarantee that the Conservatives will eschew austerity as a means of balancing the books in the post-Covid-19 era, so blowing whatever opportunity they might have had to make a reality of their promise to level up Britain.

By the same token, they could easily fall back into banging on about immigration and BBC bias. Old habits, after all, die hard.

The same, of course, goes for Labour. Just as many in the party assumed, after the financial crash and then after nearly a decade of austerity, that the facts of life were socialist, the party could all too easily place too much faith in the idea that the public, having now seen what an active and high spending state can do, will want it to do more in perpetuity.

It is also entirely possible that any public enquiries into the UK’s handling of Covid-19 don’t end up doing the Conservatives as much damage as some suppose they will.

It remains entirely possible that voters, having decided for now that the government is making a reasonable fist of a very challenging situation, don’t change their mind, allowing Johnson and his colleagues a relatively easy ride back into office in 2024.

The coronavirus crisis also presents Labour with a more immediate threat, namely that very few voters are listening to what it has to say at precisely the time – just after a change of leader – that it might have been hoping to garner a little more of their attention.

That said, the crisis nevertheless presents Labour with some opportunities – and they go beyond distracting the electorate from what might otherwise have been a seriously damaging renewal of factional infighting following the leak of a deeply embarrassing internal report a couple of weeks ago.

Most obviously, assuming that report can indeed be made to go away, everything prior to Covid-19 will seem like a very distant memory.

That includes not just the Corbyn era but many of those faces associated with it. Meanwhile, their successors in the shadow cabinet will have more than enough time, given how little legislation is likely to be passing through parliament any time soon, to read themselves properly into their portfolios.

And while, as we have noted, there is a danger of Labour presuming too much about the state spending and intervention occasioned by the virus inevitably creating a more benign environment for a social democratic party, it still remains possible, at the very least.

Finally, there is the fact that the crisis could put more of a premium on competence than on charisma – which should suit Labour’s new leader.

Keir Starmer’s constructive, measured and forensic style might well make him a formidable opponent not just in the weeks and months but also in the years to come.

Given the double-digit swing he needs to win an overall majority, his colleagues will be hoping and praying that’s the case.

By Tim Bale, deputy director of UK in a Changing Europe and professor of Politics at Queen Mary University of London. This piece was originally published in The Times Red Box. 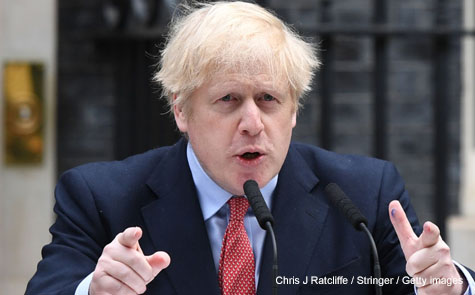