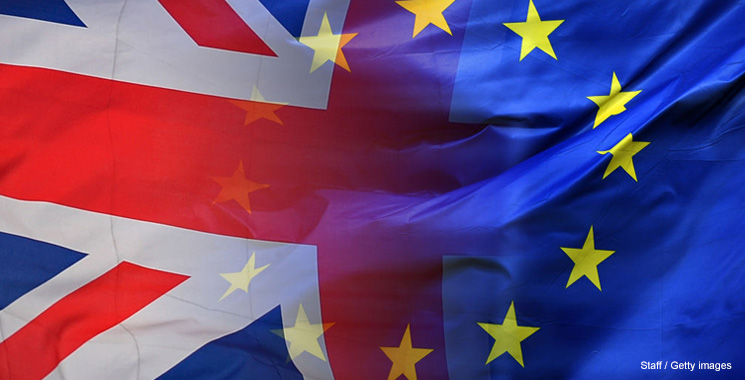 From the referendum in June 2016 to the Withdrawal Agreement negotiated in the autumn of 2019, the UK’s approach to Brexit was described best by Boris Johnson.

The then Foreign Secretary famously summed up his position towards the economic and political choices implied by Brexit as what became known as “cakeism” – pro having cake, and pro eating it.

Less humorously, but more significantly, this view was fully incorporated into the UK’s negotiating strategy. David Davis declared that his ambition was to sign an agreement with the EU that would deliver ‘the exact same benefits as we have’.

And the Government’s Chequers proposals purported to deliver frictionless trade while allowing the UK to leave the EU’s customs union.

Nor were the Government alone in practicing this kind of dissimulation. The opposition colluded in this game.

Jeremy Corbyn insisted that Labour would seek a deal that would allow the UK, outside the EU, to ‘maintain the benefits’ of the single market and the customs union – but with additional controls on free movement and, to top it off, a voice in the negotiations of EU trade deals.

It was fitting, therefore, that it was Johnson who wrongfooted Labour, the Democratic Unionists, and those within his own party and the business community who hoped to maintain a close economic relationship with the EU, by definitively jettisoning cakeism.

First, he flew to Dublin to negotiate a Brexit deal that grudgingly accepts that Northern Ireland will remain, de facto, within the EU Single Market and customs union, and provides for a hard border in the Irish sea.

Second, and more fundamentally, he has been clear that in negotiating the future relationship between the UK and the EU, choices will need to be made between sovereignty and trade – and the government made the former its priority.

In his much-vaunted speech in Brussels, David Frost, the Prime Minister’s ‘sherpa’, declared that ‘the British Government ‘understand the trade-offs involved’, adding that ‘there is going to be friction, there is (sic) going to be greater barriers’. Less “we can have our cake and eat it”, more “to govern is to choose”.

But now the government faces another crucial choice. The transition period foreseen in the Withdrawal Agreement and that sees the UK continue to trade with the EU as if it were a member state (albeit with no seat at the table) is due to end at the end of December.

The UK can seek an extension for up to two years, but it needs to request this before the end of June.

To date, the line from Downing Street has been clear: the Prime Minister has no intention of asking for an extension, and has gone so far as to enshrine this determination in law.

Only last week, Frost declared on Twitter that the Government would not ask to extend transition, and, where the EU to request an extension, Johnson would say no.

Yet laws are easy to change when you have a majority. Advisers (even those who seem to have the right to define policy in public) are easy to overrule.

Remember that this is the same Prime Minister who eventually accepted Michel Barnier’s original plan for Northern Ireland, with a few convenient fig leaves; and was richly rewarded politically for this about-face.

And now the Covid-19 crisis has presented Johnson with what looks like a perfect excuse. Even the most Brexit-obsessed, both Leave and Remain, have other things to worry about.

It is hard to see a u-turn – justified, as it would be, by an unprecedented health and economic crisis both here and in the EU – generating a huge political backlash. Most of us would simply shrug.

Given the scale of the compromises required, on everything from fish to financial services, agreeing a trade deal by the end of this year seemed exceptionally challenging before the pandemic, for both political reasons (and these are not confined to the UK) and purely practical ones.

So if, in current circumstances, the Government decides not to seek an extension, the EU may well take that as a signal we’re simply not serious; a leaked document from the German EU Ambassador to Berlin described as ‘fantasy land’ the idea of sealing a deal by the end of December.

So, no extension almost certainly means no trade deal. We have previously estimated that moving to WTO terms for the UK’s trade with the EU would, over the long term, reduce UK by up to nine per cent.

At present, we have little idea what the medium to long-term impact of the Covid-19 shock will be on the UK, EU and global economies.

But whatever they are, it hardly seems sensible to overlay a further and entirely self-inflicted hit to the UK economy.

Business, in particular – already resentful that its interests have largely been ignored in formulating the UK’s negotiating position – would find such a decision incomprehensible.

There will, however, be arguments on the other side. If trade, travel, immigration, and tourism are already depressed, and perhaps still subject to some health-related restrictions, perhaps some extra friction will not impose much in terms of additional costs.

Davis, former Brexit Minister, has argued the pandemic “means that cross-border traffic will be depressed and customs will be more than able to handle the traffic”.

And there’s a political aspect to this too – it will be difficult, if not impossible, to make sense of economic statistics in the UK for some time to come, still less to definitively attribute any particular economic outcomes to Brexit rather than to the much more immediate impacts of the pandemic and its aftermath.

On balance, the pandemic probably does make the economic risks of exiting transition without a trade deal larger.

Businesses, both UK and foreign, will be seeking to reestablish themselves in international markets and to rebuild their supply chains.

If this phase is combined with the sudden imposition of new trade barriers – as well as a rapid drop in the immigration of workers and students that has helped power the UK’s growth in recent years – then the UK may lose out in a big way.

The necessary post-Brexit restructuring of the UK economy could be less of a “slow puncture” for the UK economy, and more of a sudden blowout.

As ever, Brexit is about choices. This Government has shown that it is capable of making them.

But, as we’ve seen, those choices have consequences which extend beyond tomorrow’s headlines.

The choice of whether to extend the transition could have profound consequences for the future of the UK economy, not just for next year but for decades. It shouldn’t be treated as a political game – either here or across the Channel.