Covid-19: opportunity or nemesis for the EU? 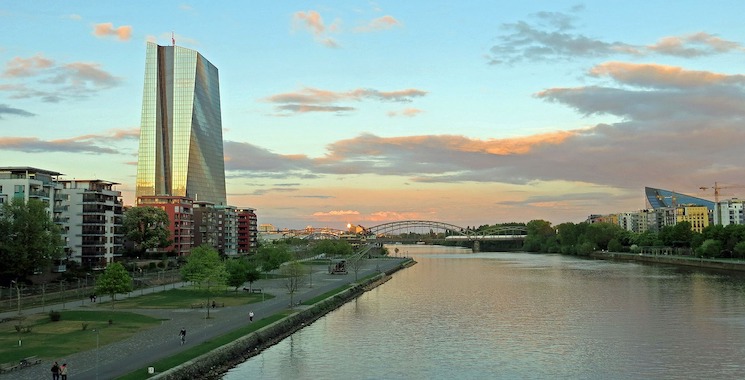 Can the EU make a significant contribution to mitigating the economic damage from Covid-19? In a press release issued just before the recent Eurogroup meeting, four of Europe’ s Presidents (of the Commission, the European Central Bank, the European Council and the Eurogroup) emphasised the ‘room for solidarity within the existing instruments and institutions’.

The four called ‘on all members of the Eurogroup to look at all possible instruments in a resourceful and constructive way’. If the finance ministers all did, what they came up with is likely to prove inadequate, despite a headline total of some €500 billion for a package to support workers, businesses and states, and an outline for a ‘Recovery Fund’.

The agreement, summarised in a Eurogroup press release, will enable the the European Stability Mechanism (the permanent bailout fund created in 2012 to deal with the sovereign debt crisis) to provide credit lines of up to two percent of a country’s GDP to allow governments to fund health expenditure related to Covid-19.

Unlike the ‘Troika’-led bailouts during the debt crisis, with their onerous demands for structural reforms, the only condition is that any credit drawn is used exclusively for this purpose, satisfying one of Italy’s key demands. However, Italy and other like-minded eurozone members could not persuade their peers to mutualise the debt, as the Eurogroup President Mario Centeno attested to on 10 April.

To support business, the European Investment Bank will have additional guarantees from EU27 members of €25 billion, enabling it to lend up to €200 billion to businesses affected by the lockdown. This new European Guarantee Fund, complementing existing initiatives, will favour SMEs, and the EIB expects it to ‘be requested by companies in the hardest-hit member states and most heavily affected sectors’, although it also says it will not have country quotas.

The third component of the package is intended to mitigate the rise in unemployment as a result of the deliberate policy decision to put economies into partial hibernation. A temporary ‘Support to mitigate Unemployment Risks in an Emergency’ (SURE) is to be created with scope for loans up to a total value of €100 billion. As explained by the Commission SURE will be ‘backed by €25 billion of guarantees voluntarily committed by member states to the EU budget’.

As yet, there is not much detail on the various measures, especially the putative Recovery Fund, or on how quickly they can be implemented, although both the ESM and EIB components could be activated within three weeks of being approved. But SURE, requiring a legislative base, could prove harder. The baton will now pass to the European Council, due to meet on 23 April to approve the package.

Clearly, though, some participants regard this only as an interim agreement, making further acrimony on Saint George’s day likely. Thus, while professing himself satisfied with the outcome, Italy’s Finance Minister, Roberto Gualtieri, said that proposals for Eurobonds were still ‘on the table’. Prime Minister Conte went further, threatening to block a deal unless it included Coronabonds.

Ranged against them are the creditor nations of northern Europe, with the Dutch having taken on the UK’s discarded mantle of ‘hard cop’. After having apologised to Italy for previously showing ‘too little empathy’, the Dutch Finance Minister, Wopke Hoekstra, remained unambiguous: he stressed ‘the word “Eurobonds” is not in the text’.

Rather forgotten in this flurry of action is the EU’s budget negotiation. Already running very late, the Multiannual Financial Framework (MFF) for 2021-2017 is now being canvassed as a further means by which the EU can respond to the Covid-19 economic crisis. There has even been talk of a Marshall Plan, although the plausible scale of any future EU budget is unlikely to be large enough.

Nonetheless, the after-effects of Covid-19 will colour the next stages of the MFF negotiations, although quite how is hard to predict. The European Parliament and some member states see an opportunity to reinforce their case for an increase the size of the budget to 1.3 percent of EU GDP and there have also been renewed calls for new EU ‘own resources’.

Commission President von der Leyen has announced plans to re-shape the MFF ‘to address the fallout of the coronavirus crisis’, but she can expect the usual range of objections. For net contributors, paying more to the EU when their own stimulus packages require vast resources will not be popular, while many groups already supported by the EU budget – farmers, for instance – will fight hard to retain their subsidies.

One way out could be to allow the EU level to borrow, despite the treaty requirement to balance the budget, perhaps by bringing forward EU spending during the next MFF. Another, proposed by Daniel Gros, could be to offer a payment ‘holiday’ to a country – his main example is Italy – facing fiscal stress, with less stressed countries paying more.

Finance ministers will, though, be wary of setting precedents that cannot easily be rescinded. Those long opposed to a transfer union will also be deeply sceptical of allowing one by the back door. There is, in addition, an obvious point to make: ‘Brussels’ often struggles to demonstrate the added value of a euro spent at EU level rather than the national level.

As Pope Francis said in his Easter message, Europe faces an ‘epochal challenge’. He may not have had the EU as firmly in his mind, but Covid-19 will test not only the Union’s ability to contribute to dealing with the immediate crisis, but also its future relevance. It needs either to move from warm expressions of solidarity to action, or to curb its ambitions.

Without the fiscal firepower of a substantial federal budget, as in the US or Germany, the EU has to rely mainly on loans. The half trillion euros proposed by the Eurogroup is a large sum and, if mobilised quickly, can help to alleviate the economic crisis. However, it is not a panacea and the EU would be well advised to manage down expectations of its impact.

There are also longer-term difficulties. Loans provided under the three headings will add to the stock of debt owed by the more vulnerable member states – even if the lending terms are better than they could obtain from markets today – and will need to be repaid. As the economic crisis recedes, markets will again target the most indebted and a collective response will be vital.

One obvious solution – whether it is called a Eurobond, a Coronabond or a European safe asset – may be on the table, but struggles to make progress when levels of trust between north and south in Europe are so low. Others, such as a radically different MFF, face too much opposition to be viable. Yet citizens expect and if their expectations are dashed, the populists will make hay.

The onus is, therefore, on Europe’s leaders to look beyond the health emergency and the ensuing economic crisis to find lasting political answers. The Recovery Fund, financed by common bonds, could be the testing ground for a new approach; let’s hope it’s not a nemesis.