Covid-19 recession: the reasons for it and the challenges ahead 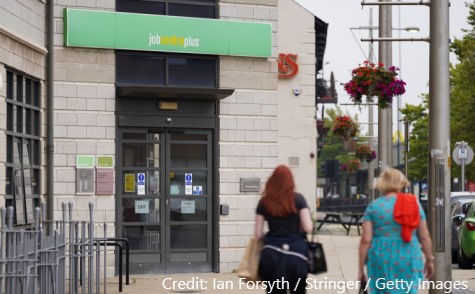 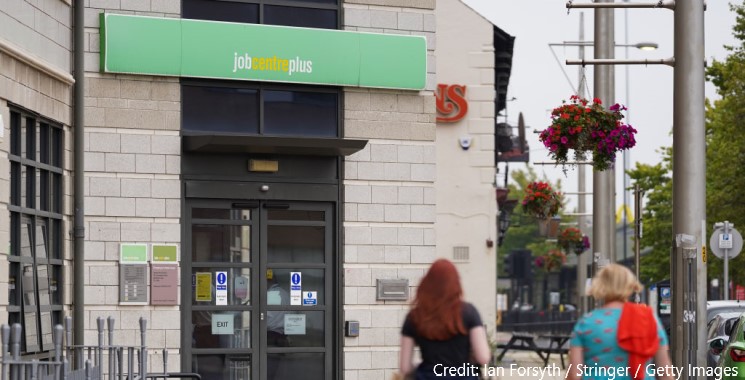 While the recent announcement that the UK has been in recession was hardly earth-shattering news for most people given the screeching economic stop experienced under lockdown, the scale of the hit was still mind boggling.

The 20% Covid-19-induced contraction in UK GDP is the worst economic hit ever recorded. It is ten times the size of what the UK experienced in the global financial crisis (GFC) and double the hit experienced thus far in the US and Germany.

It leaves the UK at the bottom of the European growth league table – in as far as we can compare such things.

Over a decade of economic growth has been wiped out in a few months; ‘hard times’ indeed as Chancellor Rishi Sunak has admitted. There are several possible reasons for this poor performance.

First, the UK economy was anyway stagnant before Covid-19. Brexit uncertainty had stalled investment and growth towards the end of 2019 and the much-mooted post-election ‘Boris bounce’ hadn’t materialised. If an economy is not growing to start with then it feels the full weight of a crash when things tank.

Second, the government dithered, initially flirting with ‘herd immunity’ as a response, as Covid-19 unfolded in Italy and Spain. The UK failed to lock down early enough (one week’s delay is thought to have at least doubled the death toll) and because the Covid-19 hit was bigger, so was the economic shock.

People started to vote with their feet and take children out of school and curb social activity even ahead of the belated formal advice from government. In contrast, New Zealand went with ‘go early and go hard’ – to great effect.

Third, having dithered for too long thus allowing Covid-19 to let rip – especially in care homes – the government then needed to impose a lockdown that had to last for much longer to try to get infections down.

In the UK it took over 80 days to reopen non-essential stores; Germany, like New Zealand, was able reopen them after 50 days. So the economic hit was again greater in the UK.

Fourth, the UK economy is heavily reliant on face-to-face services, so it is argued that it was more exposed when consumer confidence collapsed and lockdown came. At least, this is Rishi Sunak’s line.

The problem with this is that the UK isn’t very different to Spain, France or Italy in terms of its reliance on such services (think of all those restaurants in France) so this doesn’t explain why the economic hit here has been so great.

Germany, of course, is rather different in having a much bigger manufacturing share of its economy, so has a smaller hit and may be better poised to recover.

It’s worth noting that economies with balance of payments surpluses and larger shares of manufacturing in the economy dealt better with the GFC and bounced back more quickly.

The latest Office for National Statistics (ONS) figures show that the UK economy fell into decline in the second half of March and came to skidding to a halt in April. May saw growth of 2.4%, and there then followed a stronger bounceback in June of 8.4%.

Despite that encouraging June recovery, the UK economy is still some 17% below its pre-pandemic level. July and August should see further growth, but from October things will get much more difficult.

Some of the Chancellor’s measures, like VAT cuts, ‘eat out to help out’ and stamp duty cuts will pull forward spending and hence boost growth in the very short term, but job losses are picking up and fears over employment will hamper demand going forward.

As the government’s furlough scheme is being wound down, firms have to make tough decisions on staffing and even whether it is worth carrying on at all. It is thought that some three million jobs may be still dependent on the furlough scheme by the end of October.

Expect further mass redundancies which will in turn impact on consumer confidence and growth.

The Bank of England talked optimistically about a V-shaped recovery three months ago. While it now says that the hit wasn’t as great as it had anticipated, it now admits that the recovery will take much longer than it first thought.

Whether we have a V, U or W shaped recovery depends on what happens next; on consumer confidence, on whether there is a second wave, on getting a functioning ‘test, track and trace’ system in place (forget ‘world class’ – just working would do), and the extent of jobs cuts that are coming.

Some sort of employment support beyond the furlough scheme will be needed. One option is a part-time wage subsidy scheme (as happens regularly in Germany) as well as sector specific support for industries hard hit (as other European economies have done for auto, for example).

Boosting Universal Credit will be needed, and getting the job guarantee up and running to avoid a generation being scarred is essential. National insurance rate cuts for employers could help firms take on new workers. A further pressing need is for much better training and retraining to reskill workers as the economy changes.

A broader issue is investment. The UK’s performance on this score was not great even before the pandemic hit, and business investment took a big hit in the second quarter of this year.

Lost investment is likely to translate into reduced productivity down the line, and will also hamper the ability of the economy to engage in structural change.

There are some things that the government can do here. For example, boosting capital allowances is one way of helping business investment in new plant and equipment and hence boosting productivity down the line.

With recovery likely to slow because of consumption, and business investment reduced by low confidence, there is a role for government to step in.

It could also help in that such support could chime with some of the big challenges that we face, for example in greening the economy, embracing Industry 4.0 and in rebuilding supply chains in the wake of Brexit.

Think for example of the need to retrofit housing to boost insulation and sustainable energy, or on the need for a much better charging network for electric cars, or an accelerated 5G and optic fibre roll out. I could go on.

One thing that should be off the agenda is a rushed return to austerity. That didn’t work even on its own terms in the wake of the GFC under George Osborne, and hampered economic growth and in turn tax take. It led to the slowest recovery on record. Let’s not make the same mistake again.

By David Bailey, Professor of Business Economics at the Birmingham Business School, and Senior Fellow at The UK in a Changing Europe