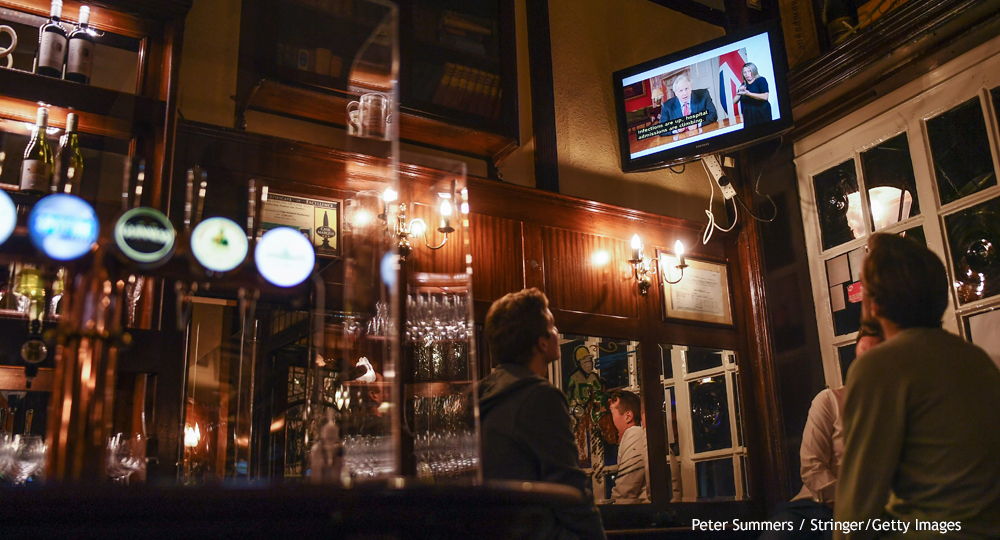 I can get on the Piccadilly line to my office. And after meeting my colleagues, and preparing to welcome students—some of whom will have come from Birmingham, some from Belgium, some from Boston—back to King’s, I can go to the pub with friends, or even attend, sweaty and unmasked, a gym class.

But I can’t have my sister’s family round, and one of my oldest friends has just cancelled his long-planned 60th birthday party. The ambiguities and the inconsistencies in the latest Covid restrictions announced by the government are legion. Are leaving drinks for a colleague a social occasion or a work one? The former is forbidden, the latter OK. Apparently, if you confine your conversation to work-related matters, it inhibits transmission of Covid.

But beyond the jokes about “mingling,” or the funny-not-funny spectacle of the government rewriting the rules at (literally) the 11th hour to ensure that grouse shooting could continue, there is a fundamentally serious point about the economics underlying the government’s approach.

The government’s motivation is clear. It wants to suppress the worrying recent resurgence of Covid, while at the same time avoiding a renewed national lockdown. In the view of the scientists, that requires Covid restrictions on activities which could transmit Covid. Fair enough.

The decision that those Covid restrictions should fall entirely on social and personal interactions—rather than ones which take place for economic, commercial or business purposes, with money changing hands explicitly or implicitly—is fundamentally a political choice not dictated by science.

But the decision that those Covid restrictions should fall entirely on social and personal interactions—rather than ones which take place for economic, commercial or business purposes, with money changing hands explicitly or implicitly—is fundamentally a political choice not dictated by science. We could have achieved the same reduction in personal contact with fewer Covid restrictions on social interactions, and more on those that take place within the formal market economy. But the government, subject to the need to suppress Covid, is trying to minimise the negative impact on GDP.

Many—both supporters and critics—would say that in doing so, it’s behaving exactly as economists would advise. Economists in general—and those at the Treasury in particular—have long been accused of prioritising GDP over everything else, on topics ranging from climate change to immigration.

This is wrong. There is no basis in conventional economics, theoretically or empirically, for setting policy to maximise GDP. Right from the basics, when we talk about what we—individually or collectively—care about, we talk about “utility” or welfare, not total output or money. For example, when it comes to how hard we work, we talk about the labour-leisure trade-off; we don’t assume that the harder you work, and hence the more that you earn, the higher your wellbeing.

What economics does do, however, is insist on the necessity of making choices, individual or collective. Between labour and leisure; love or money; and in this case, between economic and social interactions. And what that means is that we need to put a monetary value on the different choices or outcomes, whether or not there is actually a market price attached to them.

We are often criticised for this—for example, in putting a “value on life” when determining what health interventions are justified, or how stringent product safety regulations should be. But it’s precisely because we, as a society, do value life—and health and happiness—that we, as economists, insist on putting a monetary value on it.

The alternative would not be to save every life, or make every product or activity completely safe, because that would be physically and politically impossible—it would be to make such decisions on an arbitrary or random basis.

Because we don’t buy or sell our interactions with friends and family, and they don’t directly contribute to GDP, it is putting no value on them.

And this is precisely the mistake the government appears to be making now. Because we don’t buy or sell our interactions with friends and family, and they don’t directly contribute to GDP, it is putting no value on them. Usually, we don’t have to worry about this; we expect individuals to know best how to maximise their welfare, especially when it comes to their social activities.

Covid changes that—individuals’ actions have wider consequences, meaning that free choices will not be optimal from a societal perspective, and government intervention is justified. But in trying to decide how to intervene, and which of our choices it will override, the government is implicitly imposing its own value of what’s most important—GDP, rather than our social lives.

And in doing so, it is contradicting not just what outside economists say, but the Treasury’s own published guidance. The “Green Book,” the long-standing Treasury bible on how to conduct impact assessment, couldn’t be clearer: “Economic appraisal is based on the principles of welfare economics—that is, how the government can improve social welfare or wellbeing, referred to in the Green Book as social value.” Not GDP or incomes, but social value.

So the government cannot justify its choices here by pointing to the economy or economists. Quite the contrary. A proper impact assessment of these new rules would have measured the value of the damage they will do, and have contrasted that with alternatives which might have reduced GDP by more but reduced our overall welfare by less.

How do you do that? How do you value a family dinner, a birthday party, a hug? It’s not easy. But it’s not impossible. Indeed, the UK has been a world leader in undertaking some of the basic research and data collection that would allow us do this; during the pandemic, for example, the ONS has been conducting a weekly Opinions and Lifestyle Survey which contains a wealth of data on the impact of both Covid-19 and the lockdown on our happiness, wellbeing and life satisfaction.

There’s no evidence that the government has even thought about any of these issues—as opposed to the perceived need to maximise GDP—while devising the latest measures. It’s doing what it thinks is best for the economy, but ignoring what economists say and what economics teaches us is best for society.

I don’t claim to know the precise mix of Covid restrictions that best balance the government’s health, economic and social objectives. But the choice to put GDP over the wider interests and wellbeing of society is a political choice, not an economic imperative.

By Jonathan Portes, senior fellow at UK in a Changing Europe. This piece was originally published by Prospect.