Cross-party talks: what is dynamic alignment? 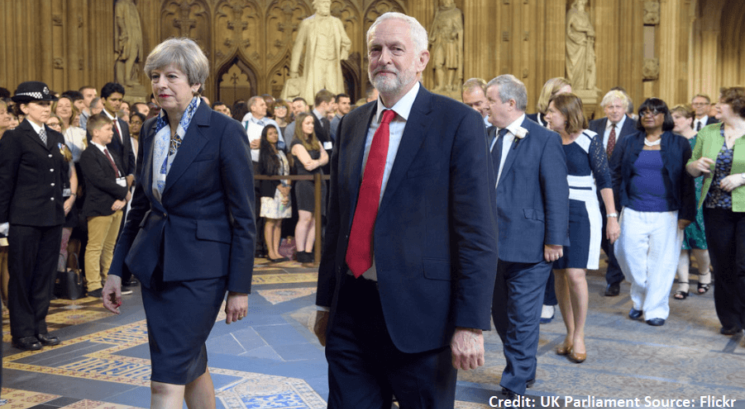 The talks between Labour and the Conservatives have apparently moved down to the technical level of individual laws and standards. Across three working groups, the negotiations are covering future security issues, workers’ rights and environmental protection.

One relatively technical but nonetheless important matter that will already have come up in the second and third groups is that of ‘dynamic alignment’. What does it mean, what are its origins and what are likely to be the implications of (not) enshrining it in UK and/or EU law?

The term first appeared in a letter written by Jeremy Corbyn to Theresa May in February 2019. In it, he insisted that there be ‘dynamic alignment on rights and protections so that UK standards keep pace with evolving standards across Europe as a minimum, allowing the UK to lead the way’.

Two important points about dynamic alignment are worth clarifying. First, it is more directly relevant to the Political Declaration (and hence the future relationship with the EU) than the Withdrawal Agreement, although as currently drafted the concept appears in neither document.

Second, dynamic alignment is different to the commitment to ‘environmental non-regression’ in the Withdrawal Agreement. This sets a fixed baseline below which the environmental standards of both parties cannot fall after the transition period, and contains no end date. Dynamic alignment, on the other hand, seeks to ensure that regulatory standards move in the same direction after Brexit.

In practice, ‘dynamic’ and ‘alignment’ should be regarded as relative concepts, to be carefully attuned to specific regulatory situations. We know this from the way in which EU environmental policy currently functions.

The EU employs the legal instrument of Regulations to govern the trade in products (such as cars, tractors and fluorinated chemicals), which set specific standards and, once adopted at EU level, are immediately effective across all member states. Regulations are thus relatively centralised, and are a more immediately effective means to achieve dynamic alignment across Europe.

By contrast, most environmental Directives deal with issues (such as water quality and habitat protection) that sit behind national borders. Directives are transposed into national legislation, tend to establish long-term goals and normally leave member states more leeway over implementation.

They offer a more open and less hierarchical approach to dynamic alignment than Regulations, generally resulting in national standards that more fully reflect national circumstances, but which nonetheless must exceed common minimum standards.

The attractions of dynamic alignment

Labour appears keen to respond to these demands by locking non-regression and dynamic alignment into the Political Declaration, which the EU has said it may be open to. But this will not be easy for the parties to agree on because dynamic alignment goes to the heart of tricky political issues that have continually resurfaced since 2016.

For Corbyn, it is a key part of Labour’s pitch for a UK-wide customs union, access to the single market, and participation in relevant EU agencies. For Brexiters, it equates to surrendering control and must therefore be forcefully resisted at all costs.

Thus in her reply to Corbyn, May pointedly refused to track EU rules, arguing that such ‘decisions should be taken in our Parliament by our elected representatives’. The problem for May is that many Remainers harbour serious doubts that the political commitment to emulate the EU will survive when her premiership ends, hence the demands for a ‘Boris lock’. Simply amending the Withdrawal Agreement Bill to endorse dynamic alignment will not provide them with the full legal certainty that they seek because it will not and cannot bind a future UK Prime Minister.

There are important lessons that can be learnt on this issue from the Norway and Swiss models. The Commission acknowledges that a variant of dynamic alignment has been tried in these two countries, but has been insufficiently robust.

In Norway, politicians enjoy a formal Right of Reservation over the dynamic application of new EU rules, but apparently have never used it, fearing that it might result in the suspension of market access.

The Withdrawal Agreement Bill could be amended to require the government to report to the House on any new EU rules, and then put a motion before the House on what it intends to do about them.

However, this would not be particularly dynamic and it may not result in any alignment if the government decided not to incorporate new rules into UK law, or if the motion succumbed to a Chope-style blocking manoeuvre. In such cases, something different – passive divergence – would be the more likely outcome.

One only has to consider the full array of environmental commitments included in the Withdrawal Agreement (to things like non-regression, ongoing monitoring, full reporting and rigorous enforcement) to appreciate how much the EU doubts the UK’s long-term commitment to aligning their respective systems.

Why the governance of dynamic alignment will matter

The technical talks may or may not result in agreement. Regardless, the issue of dynamic alignment will not go away because it is such an inextricable part of the EU’s single market, and because it touches upon so many sensitive issues in UK politics.

Moreover, if standards are to be dynamically aligned, who or what will ensure that implementation is transparently monitored and any transgressions are robustly enforced? And that is before the vexed issue of devolution within the UK is factored in.

Second, history tells us that the EU is likely to be more concerned about the alignment of standards relating to the trade in goods than ‘behind the border’ issues such as nature protection and water quality.  In the next few months and years we will see whether the emerging principle of dynamic alignment is up to this sensitive task, particularly in relation to ‘behind the border’ issues.

Prediction is a difficult business in all things Brexit-related, but the environmental sector would be wise to prepare for a future scenario in which there is more centralised and more dynamic alignment in relation to product standards, and looser governance on other issues, with a greater reliance on that most fickle of things – political commitment.