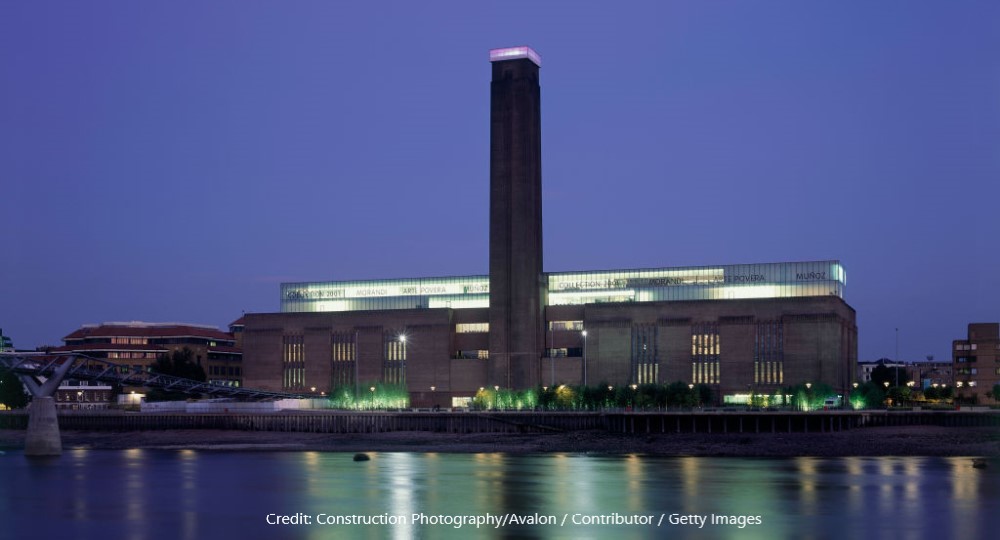 Cultural tastes and habits are a central part of our day-to-day lives, and they help us sustain our identities, give impressions of ourselves, and form links with other people. They are part of the ‘cultural capital’ that we possess, and they allow us to fit into different social contexts with more or less ease.

In Britain, people who are politically active often have particular cultural tastes and habits that make them look quite distinct from others. This is important because cultural capital is often highly visible so we can see when people have different types from our own.

Cultural capital is on display when we post photos from a trip to a gallery, walk in a park, or day at a theme park, on social media.

It is also deployed when we talk to our colleagues about what we watched on TV last night, chat to our friends about some music that we just got into, or talk to someone at a party about our favourite films.

The subject that we talk about reflect our backgrounds and interests, and we can use them to send signals about ourselves. I am much more likely, for instance, to tell a new acquaintance that one of my favourite films is the 2006 British drama This is England than that my guilty pleasure is the 1994 Jim Carrey comedy The Mask.

The signals we send are important because people are adept at picking them up and interpreting them. We are quick to notice emotional signals such as a happy smile, angry frown, or indifferent shrug.

But we are also quick to notice signals about people’s backgrounds, experiences, and preferences. When meeting someone for the first time we can use how they dress, their accent, and what topics they talk about to form an impression of them that extends far beyond our actual knowledge.

The signals that we send and receive about cultural capital allow us to form links with people who share our interests or experiences. They also allow us to fit into environments that are populated by people with whom we have similarities, which sustains ‘bonding social capital.’

However, not everyone can send the same signals. Boris Johnson’s cultural capital is clear when he sprinkles Latin phrases and references to classical literature into his sentences. But most people have never learnt an ancient language or developed a familiarity with Greek mythology.

This opens up the possibility that cultural capital can be exclusionary if we find ourselves in contexts where most people have tastes and preference that we do not share.

What if politics can be an exclusionary environment, in which it is difficult to fit in if you cannot signal that you possess certain types of cultural capital? This question is the focus of my current research project, Capital, Privilege and Political Participation in Britain and Beyond.

The project analyses data from a survey that asked people about their cultural pastimes and the political acts that they undertake. The data shows that people who take part in cultural pastimes that are seen as worthy or valuable, which we can call ‘distinguished’ pastimes, are also more likely to be frequent political actors.

This is the case even when we take into account other factors that relate to political participation such as education, income, social connections, political interest, and spare time. 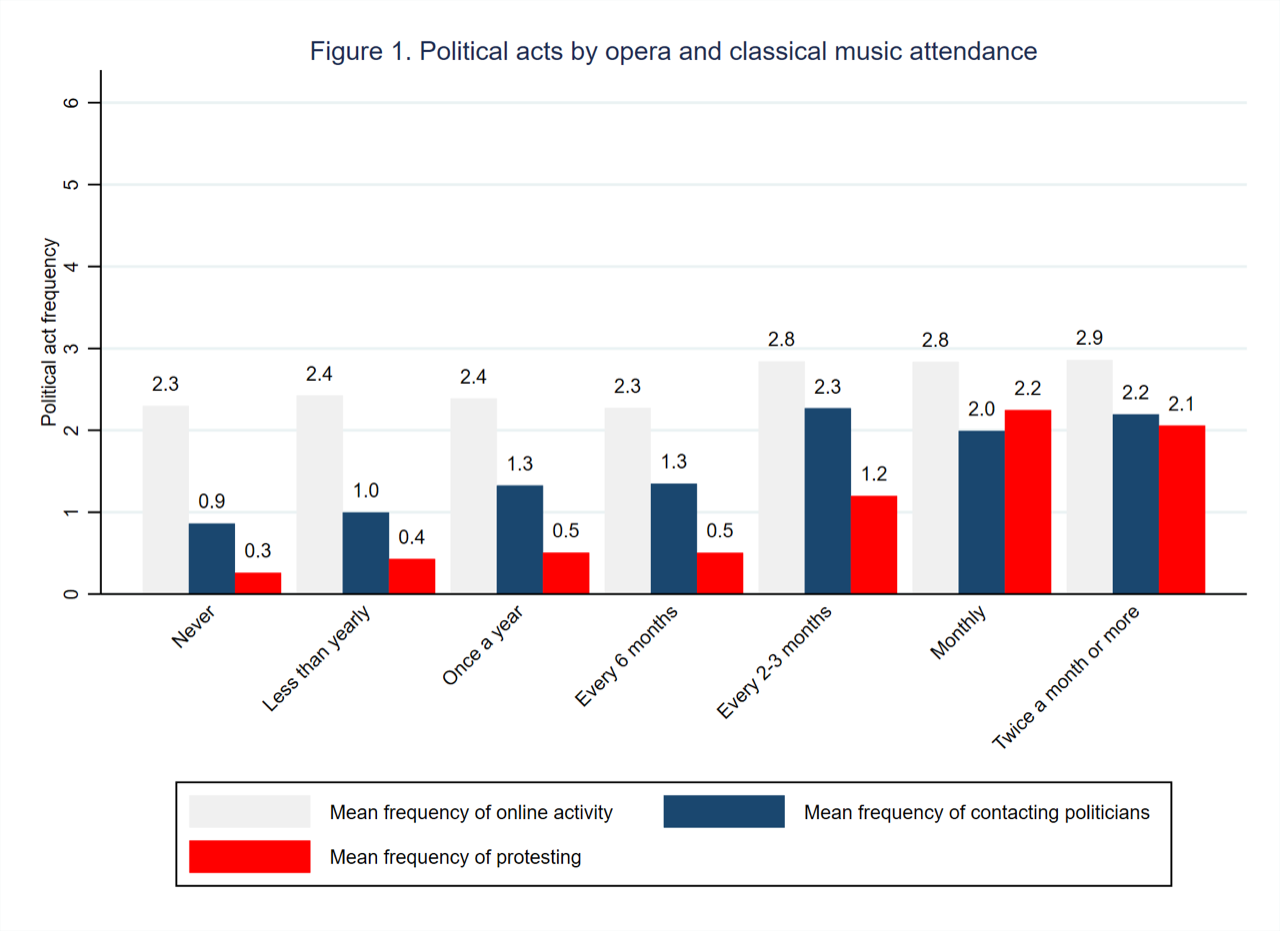 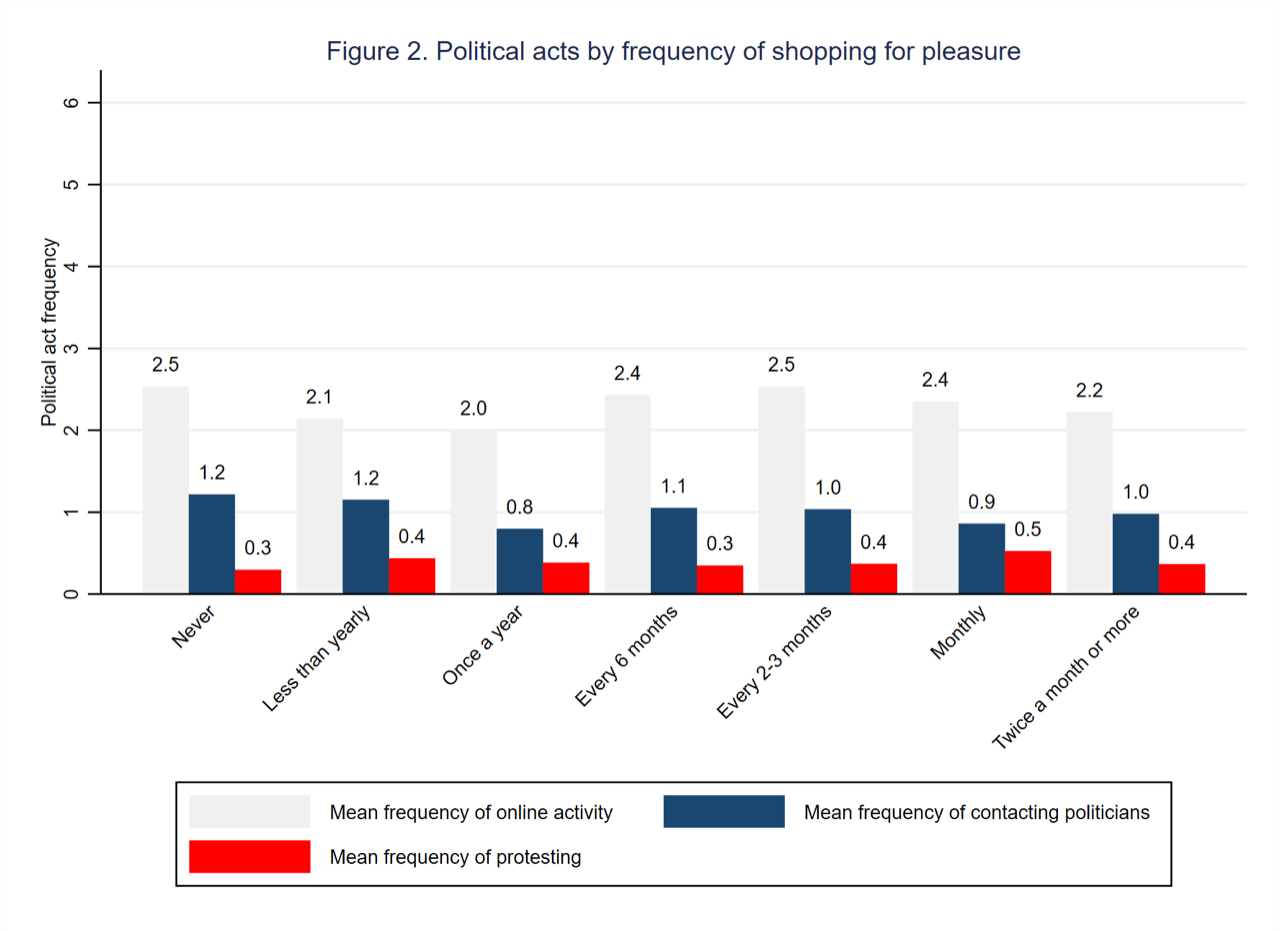 As an illustration, Figure 1 shows how often people engage in three political acts depending on how frequently they attend opera or classical music concerts.

The specific political acts are online activities such as sharing or liking political posts, contacting politicians, and participating in protests. We can see that attendance at opera and classical music performances is not strongly related to frequency of online political activity.

However, there is a strong pattern in which frequent attendance at opera and classical music concerts is associated with frequent contacting of politicians, as well as frequent participation in protest.

These patterns also extend to other forms of distinguished pastimes, such as watching dance and ballet performances or visiting art galleries. By contrast, the patterns are not repeated when we look at more widespread pastimes such as shopping for pleasure, as Figure 2 shows.

These relationships could exist for two reasons. First, the cultural capital that distinguished pastimes represent might act as a kind of resource that equips people to fit into contexts where other people have similar cultural tastes and habits.

People with those pastimes can signal a shared interest to others with similar pastimes, which allows them to feel qualified and able to participate in a range of activities with those people.

This possibility is supported by the fact that distinguished pastimes are related to forms of political participation that require interaction with others (such as contacting politicians and protesting) but not forms that can be done alone (such as online activities).

Alternatively, the factors that shape people’s cultural tastes and habits in childhood and adolescence could also influence their disposition towards political participation, and the two sets of activities could develop together subsequently.

Whatever the root of the relationship, the association between distinguished pastimes and political participation means that the daily activities that sustain our democracy are disproportionately done by people with the ‘right’ cultural capital.

This makes politics look less accessible and, as long as the relationship persists, political participation in Britain will itself be a distinguished activity.