‘Culture war’: political correctness and public attitudes in the UK 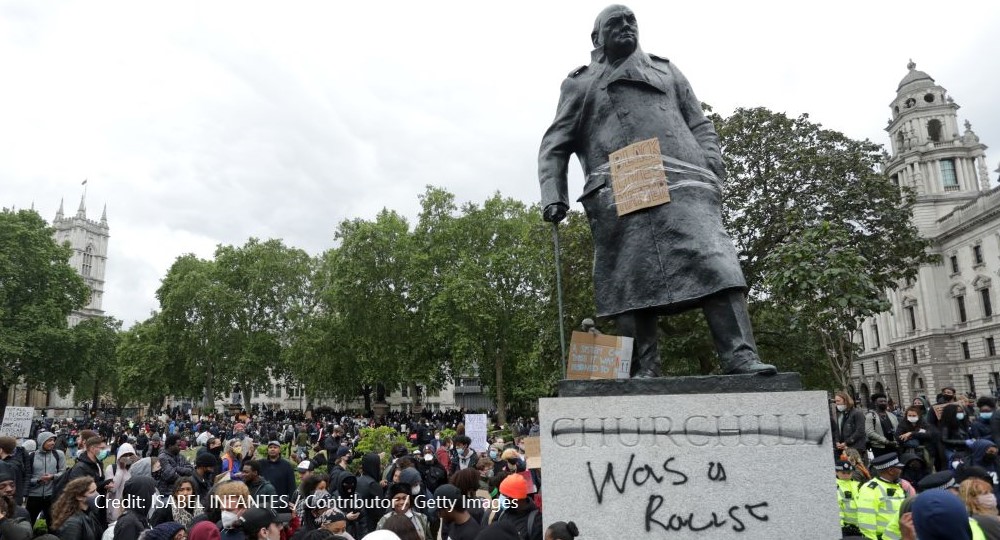 The language and images of the supposed ‘culture war’ in the UK suggest two monolithic blocs of Brits facing each other in a battle over whether being ‘woke‘ is a good or a bad thing.

But that’s very far from the reality.

Our new study shows there is much more nuance, contradiction and commonality in public attitudes and values than you’d expect from our obsession with the noisy extremes of the debate.

In fact, we’ve identified four main groups of people: the Progressives, the Moderates, the Disengaged and the Traditionalists.

The Progressives and Traditionalists make up a quarter of the population each, and have entirely different worldviews.

On one side, 97% of Progressives think equal rights for ethnic minorities have not gone far enough in the UK, and just 15% agree that ‘political correctness has gone too far’.

This is an almost perfect mirror of views among Traditionalists: only 10% of this group believe ethnic minority rights have not gone far enough, while 97% think political correctness has gone too far.

The thing is there is no route to a social or political majority in appealing to just one these two groups. The crux, then, is understanding the nuanced position of the middle groups, particularly the Moderates, who make up a third of the population.

This group has much more variable attitudes, depending on the issue.

For example, seven in 10 Moderates support the Black Lives Matter movement, and majorities support greater rights for women and ethnic minorities generally. They are much closer to the Progressives’ view on these subjects than the other groups.

Yet they differ from Progressives in important ways.

Crucially, seven in 10 Moderates believe ‘political correctness has gone too far’, placing them much closer to Traditionalists on this issue.

More generally, they are also closer to Traditionalists when it comes to their sense of national identity, with majorities saying they are proud of the UK and that too many people run our country down.

But it’s a different sort of national pride than seen with Traditionalists, as the Moderates are generally not nostalgic for the past, nor proud of the British empire. For example, only 19% of Moderates say they would like the country to be the way it used to be, compared with 61% of Traditionalists.

It may initially seem strange that so much of the recent explosion in political and media coverage of culture wars has been so focused on what might seem trivial examples. But, from a Conservative perspective, it makes sense to keep the attention on the symbols and language of ‘gesture politics’, playing to a deep suspicion of political correctness.

But this strategy of ‘taking campus politics national’ does risk turning off those in the middle, who just aren’t as worked up.

They have a real interest in continued progress on actual issues of equality, alongside a clear view that we shouldn’t be looking to roll back to an imagined golden age in the past.

Labour face their own battle to connect with these middle groups. Tony Blair recently argued that Labour’s cultural messaging is ‘being defined by the ‘woke’ left’, when the party needs to be building out from the centre ground if it’s to create a new governing coalition.

Our analysis suggests it won’t be enough to just duck difficult cultural issues, but instead Labour needs to paint an inclusive forward-looking vision, one that isn’t focused solely on the leading edge of culture change.

The risk for those on the progressive side of politics is the misperception that they only have to sit back and wait, as the younger, more progressive group grows. But this is a repeated mistake of assuming that a ‘coalition of the ascendent’ will eventually take them to a natural majority.

My many years of reviewing cultural change shows that conflict is a constant, because each generation changes as it ages, and there will always be new issues that emerge to divide us again.

These ebbs and flows don’t just spontaneously emerge, but are influenced by events and political messages: you need to engage with the debates to shape the trends.

We don’t yet have two tribes facing off, but our series of culture war studies show we’re in a dangerous moment.

We need action now that creates common ground, not messages that caricature the population and exaggerate division.

By Professor Bobby Duffy, director of the Policy Institute at King’s College London.