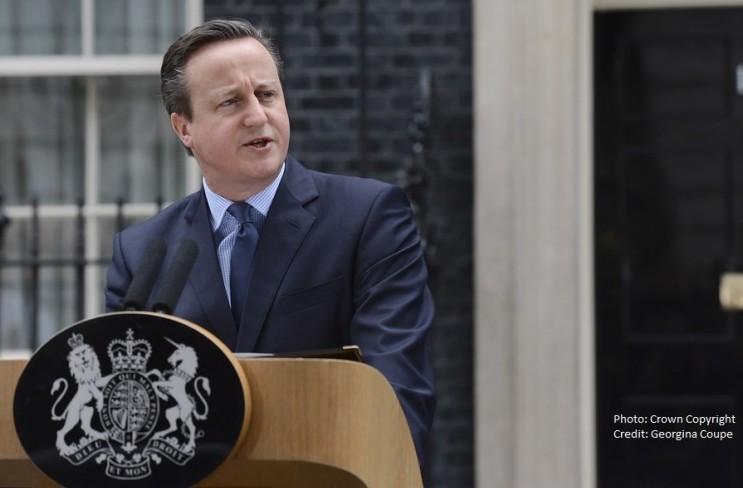 The deal that the Prime Minister struck in Brussels on 19 February to limit EU influence on British policy was intended to convince the public that the UK should remain in the European Union. However, the evidence of a unique opinion poll shows that it failed to increase support for a vote to stay in Europe.

Fortuitously, BMG Research was halfway through its monthly online omnibus survey when the Prime Minister trumpeted his achievement late on that Friday night in February. Since the survey asked the same question in the same way of all its respondents, this makes possible a more reliable before-and-after evaluation of the agreement’s immediate impact than a comparison of polls taken by different organisations using different methods before the Prime Minister went to Brussels and afterwards.

What David Cameron hailed as a major reform in Britain’s relations with Brussels gave a marginal boost to those undecided about their referendum voting intention. Whereas 14 per cent of the BMG sample was undecided before the agreement was announced, 17 percent were undecided afterwards. The doubters appeared to come from the ranks of those who had favoured leaving the EU. Their number dropped from 42 per cent to 39 per cent.

The doubts created among those who had previously wanted out of the EU had the net effect of increasing the lead for remaining in the EU. Among the before-the-deal sample, the lead was a wafer-thin two percentage points: 51 per cent wanted to remain in the EU and 49 per cent to leave. Among those interviewed after the announcement of a deal, the lead rose to five percentage points: 52.5 per cent saying they would vote to stay in while 47.5 per cent would ready to vote to leave.

The Brussels package had the opposite effect on many Tory MPs and Cabinet ministers, who had cautiously suspended judgment until a deal was reached. Michael Gove and Boris Johnson broke cover and announced they favoured Britain leaving the EU . In addition, a majority of backbench MPs have indicated that they will vote to leave.

When those MPs holding Government posts are included, a slim majority appears to back remaining in Europe – but this gives a misleading impression of divisions in the Conservative parliamentary party. Many ministers are not particularly committed to making the case to their constituents for Britain remaining in the EU. They are more committed to remaining a minister when the Prime Minister reshuffles the government after the referendum.

The price that the PM has paid for his agreement in Brussels is to publicise disagreement among leading Tories in the months leading up to the referendum. If opponents can raise strong doubts about Mr Cameron’s claim of curbing the EU’s influence, advocates of leaving the EU do not need to win lots of converts to win the referendum ballot. In a close vote, an increase in indecision among those who had previously been inclined to favour remaining in the EU can be decisive for the outcome.

Professor Richard Rose is a commissioning fund awardee of The UK in a Changing Europe and director of the Centre for the Study of Public Policy at the University of Strathclyde Glasgow. This piece was co-published with The Telegraph.

BMG Research interviewed a total of 1,517 persons online between 17 and 23 February 2016 and weighted results using data from the Office of National Statistics.