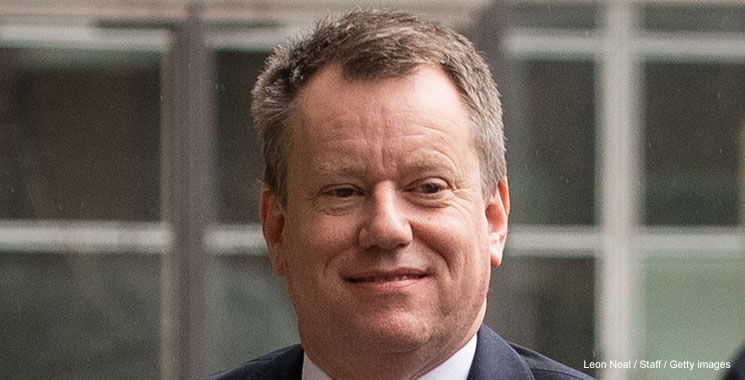 Yesterday, the UK took a step that was intended to show why member states should agree to change Michel Barnier’s negotiating instructions.

The UK side published pages and pages of draft agreements –  and accompanying (though often blank) annexes. Those drafts had been discussed with the EU negotiators last week – but both sides declared themselves disappointed by the results of that third round of discussions.

The UK drafts are pretty much as previewed – a lot of flesh on the bones of the future relationship the UK said it wanted back on February. So far, few surprises.

But what was surprising was the letter that accompanied it from UK Chief Negotiator David Frost. It started off with a reassurance – unlike the efforts of the May team, this time the UK was not  trying to go round the Commission and appeal direct to member states.

But after that the language becomes distinctly undiplomatic. Frost declared the UK “perplexed” by the EU’s rejection of the UK’s precedents from other trade deals and insistence on adding “unbalanced, unprecedented” provisions.

Indeed, Frost went on to give a list of examples where the EU was offering the UK less than it had offered other trading partners in earlier negotiations – arguing that the UK was being treated worse than the likes of Canada, Mexico, South Korea, Australia, New Zealand,  and Chile.

Then Frost came back to the familiar UK complaint about the onerous (but well-trailed) level playing field provisions, designed to ensure that the UK could not go rogue and undercut EU standards, and asymmetric rules on state aids – business subsidies.

The Frost letter reads more like the arguments of a barrister in a court of law. But the problem for Frost is that trade negotiations are not like legal arguments: there is no obligation at all on the EU to offer the UK the same as it has offered other countries before.

Frost’s complaints about the EU’s unreasonableness are unlikely to make many in the UK taskforce, or in distracted national capitals trying to cope with Covid, change their minds. The letter reads like a rather whiny child complaining that the big kid isn’t playing by the rules.

What Frost failed to set out is any of the benefits to the EU of the sort of agreements the UK was offering: why the EU would do much better to reach a position where a deal with the UK was possible, rather than let the UK float off with no deal.

And Frost failed to give any hint of any understanding of the EU’s concerns – and how the UK’s proposals helped address them.

So, with around a month to go until both sides assess progress the two lead negotiators are digging themselves into ever deeper respective trenches. This is not a meeting of minds, and on current form the prospects of any sort of agreement look small. That still looks a lose-lose.

But it is just possible that this is all a cunning plan. That David Frost is playing the bad cop towards the EU – and Michel Barnier is doing the same.

There could even now be background WhatsApp conversations exploring possible areas where the two sides could come closer, preparing for Boris Johnson to pull off another October surprise and conclude a last minute deal.

The danger is that the Frost rhetoric, which looks like preparing the way for a UK walkout, makes any political move later in the year even harder to pull off.

Let’s hope that the prime minister, and his chief negotiator, have their strategy worked out.

By Jill Rutter, senior fellow at the UK in a Changing Europe. This piece was originally published by The Telegraph.