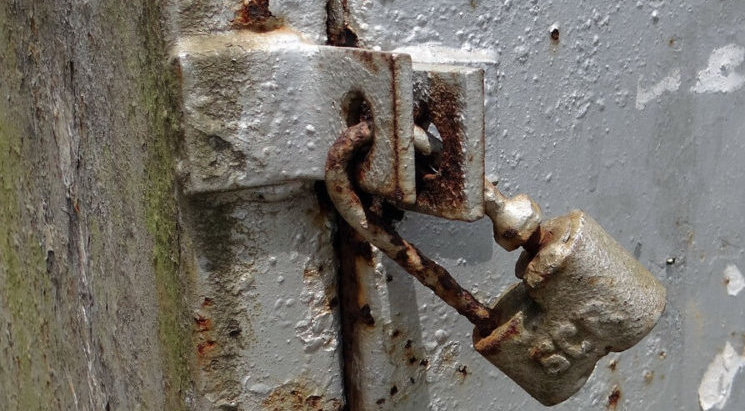 On the eve of another vote on Mrs May’s Brexit plan, there is every sign Parliament remains paralysed. The deadlock reflects increasingly deep divisions in the country – as John Curtice’s comprehensive analysis of opinion polling data shows.

One division feeds the other. Our political system’s inability find a way through on Brexit has polarised opinion in the country further. Options like ‘Norway plus’, once presented as potentially desirable outcomes by the Leave campaign are now condemned as betrayal.

Similarly, those who voted Remain are increasingly unwilling to accept the result. Westminster may be able to rule out ‘no deal’, but the lesson of Mrs May’s deal-making is that sustainable compromise is well-nigh impossible in the face of such deep divisions.

Delay is now inevitable: we’ve run out of time. Mrs May’s attempt to blackmail her own party by setting a Brexit date failed spectacularly a fortnight ago. Even if her deal were resurrected from the dead tomorrow, the necessary legislation can hardly be passed by the end of March.

As for some other plan: agree a new UK position, persuade the EU to accept it, pass swathes of UK legislation to make it work and have it ratified in 27 EU capitals – all that certainly can’t be done in the remaining eight weeks or so. Delay would be needed even to run another referendum.

If passed, Yvette Cooper’s amendment to delay Brexit until December 2019 in the absence of a Brexit plan, however, offers an opportunity. Delay on its own isn’t enough. There’s no point in going through all this again to be in the same place after more unsuccessful Westminster wrangling.

That would further exacerbate divisions in the country, and further damage trust in our politics.

Gordon Brown has proposed something different. It too begins with delay – suspend Article 50, by agreement, for perhaps a year to allow the UK to reflect in a structured way on the issues underlying the Brexit referendum, and what relationship with Europe we actually want.

During this period, run a systematic, deliberative process of national discussion through Citizens’ National Assemblies, replacing increasingly shrill and partisan debate with measured and thoughtful discussion. In parallel, the UK can engage in further negotiations with the EU on the options for its future relationship.

At the end of this process, Parliament would decide whether circumstances in the EU and the UK had changed sufficiently to call another referendum on whether we remain in or leave.

Additionally, Brown suggests, to recognise the concerns of Leave voters, the UK could, even while still in the EU, take the steps available to it to manage EU migration more tightly, and to assert the primacy of the UK courts over matters which are critical to the UK’s constitution, as other European legal systems, notably Germany, have done.

The arguments for such a plan are obvious. Delay is inevitable, so put it to constructive use: take some of the heat and time pressure out of the situation. National and international evidence shows well-structured deliberative processes, not focused on binary choices, produce real participation and more thoughtful outcomes.

Northern Ireland and the Republic of Ireland offer interesting precedents. Managed well, they could help reengage the public and the political system.

Both sides of the argument could accept this. Leavers can be reassured the referendum result stands, and it’s indeed already possible to change the UK’s approach to EU migration within the existing rules, and assert the primacy of our own legal system over the UK’s constitution.

Remainers will not have a chaotic Brexit imposed on them in a few weeks’ time, and retain the option of a future vote. And if it’s not too late, we can stop spending billions on no deal preparations, perhaps redirecting the money to those ‘left behind’ places.

… but not without challenges

Deliberative processes are now well established worldwide, and are known to work, but they have not been run on the scale envisaged here – in all the nations and regions of the UK.

They would need careful design and neutral, highly professional organisation and support. Thought would have to be given to who runs them (the government, Parliament itself, others?), how their views are aggregated and how Parliament then makes a decision on the next steps. None of these problems is insoluble.

EU member states need to agree delay, but stopping the clock is not unknown in European negotiations. Brussels may already be resigned to delay, since Britain cannot sort itself out, and would likely prefer delay for a defined purpose, including the possibility Britain might change its mind.

If not, Brussels still has a withdrawal agreement on the shelf, and may have made progress on a long-term trade relationship in a year’s time. The elections to the European  Parliament, taking place this May, present a problem: how could a country on its way out send MEPs to Strasbourg?

One option would be for UK MEPs elected in May to delay taking up their seats until the UK makes up its mind. Similarly, the UK’s European Commissioner might continue to be a discreet foreign office official, making no waves in the Berlaymont.

Dedicated partisans, notably on the Leave side, will find this unacceptable. But both in Parliament and in the country they are a minority. Those who want a referendum immediately may also be disappointed, but might recognise that a referendum now exacerbates division with an uncertain outcome, while in a year’s time opinion may (or may not) have decisively moved their way. Most people however will simply be relieved.

Business may worry about another year’s uncertainty, but in truth uncertainty is all we have today. No one knows what will happen in a just few weeks’ time, and even if we somehow move into a transition period, we still know little of our long-term European relationship. With this plan, a March cliff edge is avoided, and there is a road map to a decision.

In today’s circumstances, no course of action is unproblematic, but the UK doesn’t have many options. The idea of taking a deliberative approach has already attracted some high-profile, cross party and non-party support. It is the only proposition on the table which looks beyond a short-term fix in Parliament and attempts to address the underlying issues.