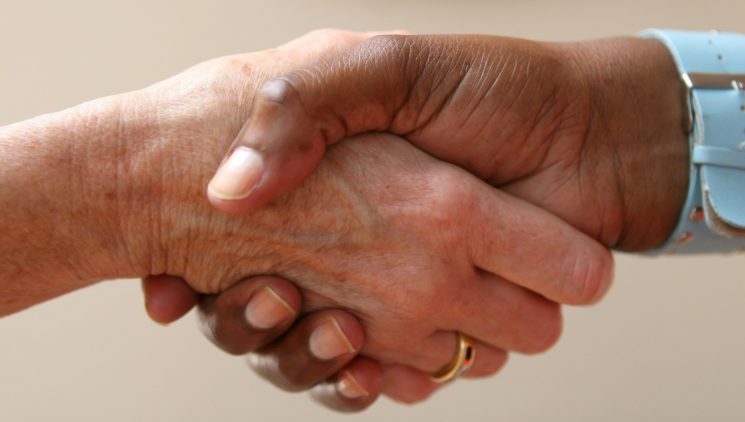 Last week both sides set out their mandates for the negotiation of the future UK-EU relationship, and it is tempting to think it is the number one topic in Europe’s capitals.

Tempting, but probably wrong: the EU is also struggling to agree its budget for the next seven years, and it is what has many in Brussels (from whence your correspondent has just returned) tearing their hair out.

The multi-annual financial framework (MFF) is invariably difficult and time-consuming to negotiate. It sets funding ceilings on broad categories of policies, such as subsidies for farmers, economic development, external action and administration. The usual sequence is for the European Commission to make initial proposals, triggering a lengthy period of sparring by the member states which then seek to reach a compromise.

The Commission published its proposals for the 2021-27 MFF on 2 May 2018. Since then, the usual process of attrition has seen a gradual convergence towards an acceptable package, but the transition to a new Commission and a new European Parliament slowed progress.

Formally, the European Parliament (EP) co-decides the MFF with the Council of Ministers, but once the member states reach agreement, past experience suggests the EP only makes marginal changes.

The MFF was the principal subject on the agenda of the special meeting of the European Council on 20-21 February 2020 at which its new President, Charles Michel, had hoped to secure a deal. As he emphasised in his letter of invitation to EU leaders, the ‘time has come to reach an agreement’.

He also warned, with justification, that ‘postponement would create serious practical and political problems and jeopardise the continuation of current programs and policies as well as the launch of new ones’. In particular, regulations for some of the bigger pots of money can only be finalised once the deal is done, delaying the launch of programmes. They include research funds and money for Cohesion Policy, most of which goes to support economic development in poorer regions.

The leaders did not heed his pleas and a chastened President Michel had to concede that ‘unfortunately, today we have observed that it was not possible to reach an agreement. We have observed that we need more time’. This can will now be kicked further down the road, and pessimists fear a deal will only be done under the German presidency in the second half of 2020.

Reaching agreement has invariably proved difficult, despite the overall budget being not only quite small as a proportion of GDP, at barely one percentage point, but also because the margins in dispute can be as little as one twentieth of a percentage point of EU GDP. To secure a deal, a mere few hundred million euros may have to shift from one heading of expenditure to another, or be allocated to a particularly obstinate member state at the expense of others.

One reason is that there has to be unanimity, giving veto power to even the smallest member states. There is also competition among the politicians involved to be seen, domestically, to win, or to assign (or avoid) blame.

In past MFF negotiations, the UK was often among the villains of the piece, objecting to attempts to increase the size of the budget and sticking resolutely, even when in a minority of one, to perpetuating the rebate first achieved by Margaret Thatcher as long ago as 1984.

This time, the finger of blame is being pointed mainly at the Dutch, ringleaders of a group of member states known as the ‘frugal four’ – also comprising Austria, Sweden and Denmark. They, essentially, want to hold down the size of the EU budget, curbing the ambitions of the Commission and the European Parliament – a stance not unwelcome in Berlin.

The ‘frugals’ are pitted against the ‘friends of cohesion’ a larger group of sixteen countries keen to maintain EU spending on economic development. As they put it in a declaration on the MFF issued in early November 2019, it is ‘vital to safeguard the funding for the Cohesion Policy at the level of 2014-2020 MFF in real terms’. The trouble is that other voices are calling for more spending on the many policy areas deemed to need attention, from border security to the digital economy.

A bit like the impossibility of simultaneously having no border In Ireland, no checks between Northern Ireland and leaving the customs union, the three demands on the MFF of more spending on new policies, no reduction in spending on old policies, yet spending less overall cannot be reconciled.

At least, this time they cannot pin the blame on the Brits…or can they? Here is what Charles Michel said: ‘we know that this European budget is a very difficult topic, it’s a very difficult negotiation, especially after Brexit and the gap between 60 and 75 billion euro’.

The reason is the loss of the UK contribution, the flip side of the infamous £350 million per week. While, as has been shown time and again, the latter figure was a fiction, the UK was always a net payer into the EU budget – to the tune of €10-12 billion per year during the 2014-20 MFF – and the figure could well have increased had the UK stayed in the EU.

For the ‘frugals’, the solution is simple: no UK contribution means aggregate spending has to fall. For net recipients, the answer is the rich must pay more.

Ironically, there is one facet of Brexit that helps, namely the ‘divorce’ bill included in the withdrawal agreement which led to the UK’s formal exit from the EU at the end of January 2020.

Because of the successive extensions of the Article 50 process, during which the UK continued to pay its contributions fully, the headline total has shrunk, but it could nevertheless be equivalent to a good two years’ worth of past UK contributions. That could, just, ease the tensions around the MFF.

Will the EU27 thank the Brits and be more receptive to a good deal on the future relationship? Or will the imperative of a budget deal induce the EU to settle quickly with the UK to concentrate on the MFF? Do not hold your breath.

The more worrying scenario would be if the in-fighting on the budget absorbed so much of the political ‘bandwith’ that a deal with the UK would be side-lined. Where would you put your money?