Dear young people: here’s why you need to vote in the EU referendum 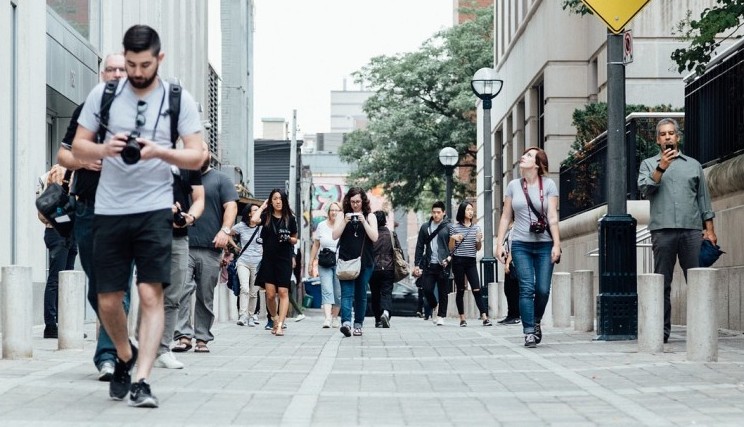 What will you be doing on June 23 this year? Perhaps you’ll be packing your tent and donning your wellies, ready for the start of Glastonbury. Or maybe you’ll be celebrating the end of your A Levels, or preparing to graduate. Otherwise, you may just be taking it easy, slipping into the long summer vacation.

But of course, June 23 is also the date when voters will make one of the most important decisions of their lives: whether they think that the United Kingdom should remain a member of the European Union, or leave. The campaigns offer two very different visions for the future: one where the UK has access to a single market and shared decision-making in a reformed EU, and one where the nation has greater control over its own rules.

I’m guessing most of you didn’t bother with the recent police and crime commissioner elections. Londoners will perhaps have voted to choose a new mayor. But no poll – not even a general election – will have such a profound effect on this country’s future as the EU referendum: especially for young people, who will have the longest to live with the consequences.

Yet survey evidence shows that 18 to 24-year-olds are the least likely citizens to be registered to vote – let alone actually go to the polls.

The problem has been made worse by a recent rule change on voter registration. Once, universities and colleges could register all of their students to vote en masse. Now, students (or their families) have to register themselves – an extra task to fit in alongside busy exam schedules and last-minute essay writing. And even those who have registered might encounter problems: according to a new poll commissioned by Universities UK, only 56% of students who are registered at their term-time address say they are likely to be there when the referendum takes place. This means that they need to get a postal vote – another demand on their time.

The timing for the EU referendum could not be worse. High summer is inevitably accompanied by a range of attractions and distractions, each seemingly more important for an individual than a vote on the future of the UK in or out of Europe. If survey evidence, cited by the Guardian, is correct, just over half of people aged 18 to 34 years old (52%) said they were certain to go out and vote. And only 43% of 18 to 24-year-olds actually voted in the 2015 general election.

Research from the Electoral Reform Society suggests that the EU referendum campaign has not engaged young people. Only 21% of 18 to 24-year-olds say they are “very interested” in the EU referendum, compared with 47% of those aged over 65.

If young people do not register to vote – and then actually vote – they may find themselves with an outcome they do not want. The decision will have repercussions for many years to come, and will have a huge role in shaping young people’s lives. So, let the result – whichever way it goes – be down to choice, not the byproduct of apathy.

Universities have a role to play in all this. Monday 16 to Friday 20 May is student voter registration week. Universities UK is working with a range of partners, including the National Union of Students, the Cabinet Office, and the Association of Colleges to promote a major registration drive at universities campuses and FE colleges across the UK.

Activities will range from on-the-spot registrations with tablets, to reminders in lectures. Various organisations, such as the ESRC’s UK in a Changing Europe programme (in which I am involved), requires its fellows to engage with the public as much as possible – in a strictly non-partisan way – informing them about the EU. This has involved everything from schools events, to town hall meetings, which attract more mature audiences.

A common complaint we hear is that the issues involved in the debate are so complicated that people feel ill-equipped to make a decision. Decades of failure by the education system to inform students about the basics of what the European Union is, and does, is coming home to roost. “What does Brexit mean?” is currently one of the most frequent Google searches about the EU.

The town hall audiences often ask for facts: clear, unvarnished, non-partisan facts. Yet this appetite for “the facts”, for greater knowledge and for understanding of the pros and cons of a debate is often drowned out by the noise of the campaign. There is a deep mistrust of politicians, and of both the leave and remain campaigns. Both sides have made hyperbolic claims – whether it be that there is a greater risk of war in Europe if the UK leaves the EU (Stronger In) or that violence will be the next step if immigration is not controlled (Vote Leave) – which have confused people further.

Yet there are plenty of sources available, many of which come with input from academics who have spent years researching the nuances of the UK’s relationship with Europe. The non-partisan, fact-checking charity Fullfact is a good source, as is the UK in a Changing Europe’s own website, and The Conversation’s EU Referendum page.

Ultimately, the way you vote is a matter of judgment: do you think that the UK is, on balance, better off outside the EU or in it? The more facts that are available to you, the more it will help you to make your decision. But if you do not register to vote you will not have your voice heard. And it is easy to register: there is a simple online form to complete. Why don’t you fill it out right now?

Catherine Barnard, Professor of EU law and employment law, University of Cambridge and senior fellow at The UK in a Changing Europe. This article was originally published on The Conversation. Read the original article.