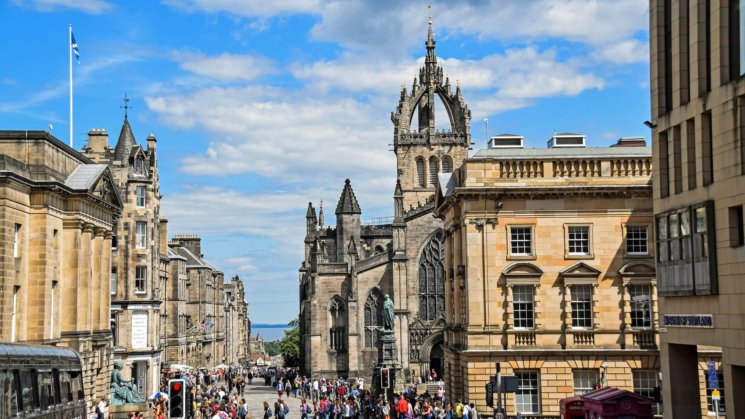 The independence referendum of 2014 divided Scotland into two camps, a division that has now become the principal dividing line in the nation’s politics. Yet it has not created a social or ethnic divide such as we see in Northern Ireland.

One reason for this, as we show in our new book Debating Scotland, is that the referendum did not hinge on radically different visions of society but on different paths to much the same destination. The debate was largely about what political scientists call ‘valence’ issues, where the argument is about which side can best realize the shared goals.

The first issue was about Scotland, identity and who could best encapsulate a vision of the nation. The nationalists may have a natural advantage here but unionists also ‘own’ Scotland and have seen themselves as equally patriotic Scots, believing that the nation is best realized through union (and not, for example, through assimilation). Since the turn of the century, however, they have lost the ability to articulate a vision of union as anything more than ‘Britishness’,

The second issue is about union, which might seem the natural property of unionists. Yet the nationalists appropriated the language of union, even speaking of the six unions to which Scotland belongs (political, monarchical, monetary, defence, European and social) and proposing to withdraw only from the political one.

Third is the economy, where everyone shares the aspiration to a more prosperous future. On this one, the two sides managed to argue each other to a standstill with a blizzard of statistics and projections based on contestable assumptions. Ignoring the caution of economists, they took economic models for predictions and produced exact figures, which the citizens rightly took with a large pinch of salt. The uncertainty and risk around these helped the No side, which merely had to warn of possible consequences while the Yes side had to present assurance.

Fourth is social welfare. While in other contexts, we might expect a clash between pro-welfare and a neo-liberal visions, the Scottish debate revolved around shared visions of social democracy. No warned that the union was needed to sustain sharing and provide the resources. Yes claimed that the welfare settlement was threatened by a right-wing government in London and could be saved only through independence.

This left the constitution as the main area of disagreement but even here there was convergence. The Scottish Government’s proposals envisaged an attenuated form of independence (which some dubbed ‘indy-lite’), with a currency union, leading to harmonization of fiscal policies, shared institutions, the monarchy and cooperation in defence. Both Scotland and the UK would remain in the European Union.

For their part the No side promised more devolution, notably in the last-minute ‘vow’ to make the Scottish Parliament the most powerful devolved legislature in the world. Both sides knew that the public clustered in the middle ground of ‘devo-max’ or ‘indy-lite’ and sought to get as close to it as possible.

In the aftermath of the referendum, all the parties were able to agree on further package of devolution, without the nationalists renouncing their long-term goal of independence.

This all confirms what some of us have been arguing for years, that independence in the modern world is not what it used to be. No state is sovereign in the sense of being able to do whatever it wants. Rather, they are all entwined in webs of interdependency in a ‘post-sovereign’ order. The United Kingdom has gone through successive phases on constitutional change without worrying too much about doctrinal issues or the final point

In this respect, the UK resembles the European Union itself. It has never rested upon the notion of a single people or a singular interpretation of its own constitutional order. It has no defined end point but has evolved over time. It shares sovereignty with its member states, only occasionally worrying about where the ultimate authority lies. It provides such a good fit for the UK constitution that both sides in the referendum debate promised to keep it, while each threatened that a victory for the other would put membership in jeopardy.

This is why Brexit poses such a challenge to our evolving constitution. The demand to take back sovereignty requires us to say where it comes back to, London or Edinburgh. While Brexit politicians in England insist on sovereignty being all in one place, our work shows that most people in Scotland are quite happy with it being divided. Scotland’s relationship with the UK can evolve over time, as powers are gradually devolved and the balance shifts. The EU is another matter; one is either in or out.

The case of Northern Ireland illustrates the point even more vividly. Although few people in London realised it, the EU was one of the remaining things holding the UK together.

Michael Keating is Senior Fellow in the UK in a Changing Europe programme and Professor of Politics at the University of Aberdeen. Debating Scotland. Issues of Independence and Union in the 2014 Referendum is edited by Michael Keating and written by the Centre on Constitutional Change team. It has just been published by Oxford University Press.