How an FTA with India might help UK pharma: deepening the ‘new special relationship’ 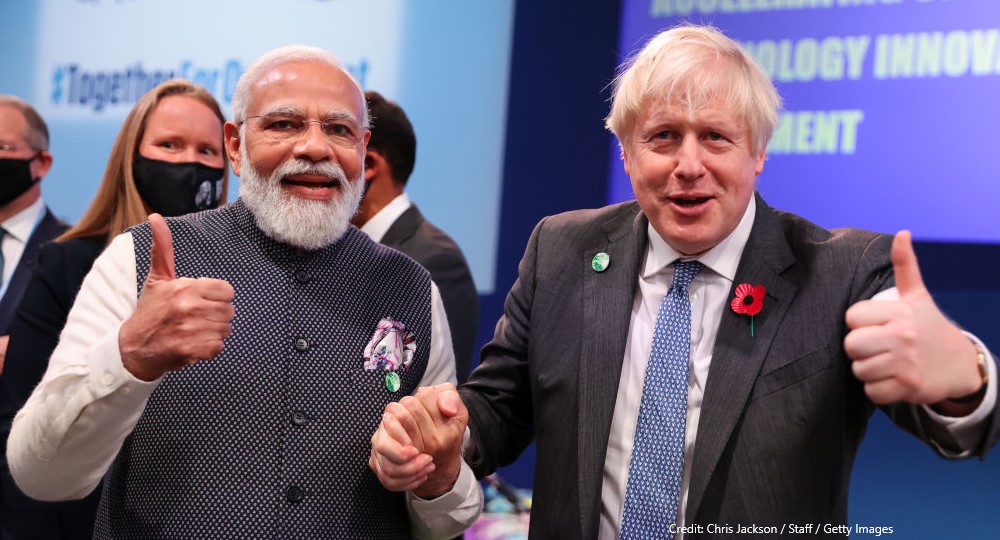 When David Cameron described Indian-British relations as the ‘new special relationship’, I wasn’t surprised. The UK has an Indian population of over 1.5 million people, including my neighbours as a child, the Kumaraswami family, who looked after me after school. My special relationship is personal, but the UK has many ties to India, and we are more connected by healthcare than you might imagine. Now, in a post-Brexit world, we have the chance to strengthen these ties even further for mutual benefit in the form of a free trade agreement (FTA) with India.

Formal talks about an FTA with India have begun. And India is, of course, crucial to the global economy as a sizeable manufacturer with an educated workforce, an international diaspora, and a growing domestic market. And given the UK’s shared history, cultural, and business ties with the country, a bilateral partnership seems increasingly logical.

So, what does a trade deal mean for the healthcare sector more broadly, particularly the NHS? The government has already made a clear manifesto commitment that the NHS, its services, and the cost of medicines are not on the table for any free trade agreement. This commitment is vital, but we must also not forget the positive opportunities which a potential deal could deliver.

A trade agreement with India would have many benefits, especially for the UK’s generic and biosimilar medicines industry, which has strong ties with the country. Our sector already contributes £4 billion annually to the UK economy, a significant proportion of which is built on Indian trade.

Nearly a third of our members are headquartered in India, while others have manufacturing bases or contract supplies from the country. Four out of five drugs used by the NHS are generic medicines – and around one-third of them come from India. Additionally, about 50% of the active pharmaceutical ingredients of all generic medicines are produced there, and so UK manufacturers rely heavily on Indian raw materials.

Given our industry’s deep linkage and mutual dependency with India, a FTA between India and the UK offers the chance to make our supply chain for the NHS even more resilient.

For example, we could supply medicines to the NHS four weeks faster: if batch testing and release can take place in India, there is no need to perform it in the UK. Removing this duplication would make the supply to the NHS nimbler, and the significance of an agile supply chain is a crucial Covid-19 lesson.

In addition, the UK’s global trade ambitions offer a concrete opportunity to ensure our commitment to reducing the impact of manufacturing on the environment doesn’t just stop at our shores. India is a worldwide producer, and the UK should seek commitments on environmental production standards. These commitments are vital for the NHS’ supply chain to decarbonise without compromising access to medicines.

In our view, there are several other high priorities for a deal, too. They include creating further efficiencies by reducing business administration, such as reducing inefficiencies in the approval of manufacturing and export licensing for controlled drugs, speeding up raw material imports, aligning units of measurement used, and better customs processes. The government, it seems, should agree: these benefits chime with its Taskforce on Innovation and Regulation Report.

Taken together, this package of changes would further speed up and improve the efficiency of supplying medicines to the NHS.

Additionally, we would like to see the complete elimination of tariffs on medicines and medicinal ingredients. A trade deal should also enable the transfer of staff in both directions, whether to support knowledge transfer on technical matters or help employees get a different experience and take on a role in another country. The UK’s generic manufacturing base lacks a sustained supply of skilled workers – tackling this shortage is a priority for our sector currently.

Lastly, the UK must not lose sight of safeguarding its position as the European base and launchpad for Indian firms. Completing a medicines mutual recognition agreement with the EU will not only support EU-UK trade, but it will bolster UK-India trade.

For example, inspection and approval of Indian manufacturing sites by the UK regulator MHRA is a very valuable business asset which enables the factories to supply many other global markets, who recognise the statement of manufacturing quality that comes from passing MHRA standards.

There are also other practical ways that a free trade agreement between the UK and India can help our strategically important industry strengthen the close relationship between the two nations. This isn’t just about supporting economic growth, important as that is, especially after the pandemic, but about creating a more flexible medicines supply system, whereby drugs are supplied more quickly, more affordably and to higher environmental standards. We urge the government to keep these priorities in mind as the trade talks continue.