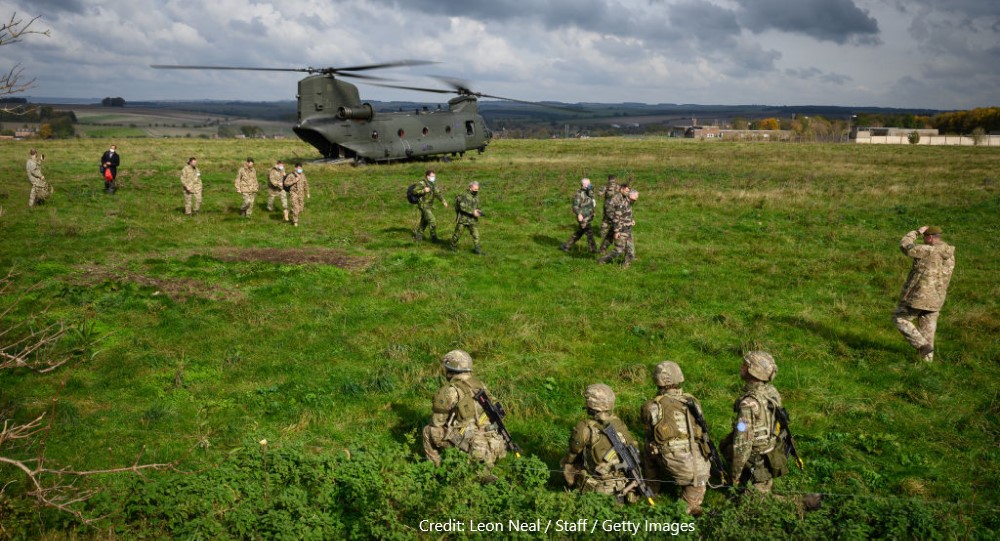 Where have we come from?

During the 2016 referendum campaign, defence played a surprisingly prominent role — largely in the form of allegations that the EU would require the UK to commit to a European army.

This was always far-fetched, although occasional bursts of enthusiasm emanating from Berlin or Brussels were seized upon as evidence that this was a real and even imminent possibility.

A defence dimension to European integration has long been an objective of integrationists but they have struggled to show how it could be made to work.

The two European countries with the most capable military establishments, Britain and France, joined together in 1998 to encourage more cooperation in security and defence. The results of this initiative were meagre compared with the efforts expended.

For this to work beyond modest, albeit valuable endeavours such as peacekeeping or anti-piracy operations, member states would need to agree to put their personnel in harm’s way for goals they did not support and be able to show how they could access wholly integrated forces when facing a purely national emergency or one affecting only a few member states.

For most countries, NATO appeared a much better bet: it did not imply the same loss of sovereignty, had an established command structure, and, most importantly, could draw upon American military strength and leadership.

Yet between 2016 and the UK’s final departure from the EU at the start of 2021, those urging a stronger European defence entity could call in aid a formidable supporting argument. Donald Trump made clear he saw NATO as yet another mechanism to get the US to subsidise countries — in particular Germany — that ought to be paying their own way.

Given his ‘America first’ doctrine, distaste for alliance, lack of consultation on issues such as Iran, and reluctance to challenge Russia, it was by no means clear that the Atlantic Alliance could have survived intact had Trump won a second term.

This argument was lost with Trump’s defeat to Joe Biden in the November 2020 election. NATO appeared to have survived its near-death experience.

As Germany celebrated the potential revival of warm transatlantic relations, President Macron of France warned that nothing could be taken for granted and Europe needed greater strategic autonomy.

Yet the management of the various international crises in and around the European area during 2020 gave little encouragement to hopes that the EU had a shared strategic view.

Nonetheless, although the prospect is now of a return to American leadership, the question of distinctive strategic interests will not go away, especially if conflict with China continues to preoccupy Washington.

In terms of UK defence policy, the EU’s limited progress on defence meant that Brexit made little difference either way, especially as, on the big security issues, London remained close to the European consensus.

There have been no suggestions that the strong bilateral defence relationships previously forged with France and Germany will not continue.

There was no tenth anniversary gathering to mark the UK-French Lancaster House agreements, which included significant areas of cooperation, including on nuclear matters, but that could be put down to Covid-19 as much as Brexit.

By contrast, UK foreign policy did diverge from that of the US, which is why a second Trump term would have caused real difficulties. Recall the breadth and depth of the UK-US defence relationship.

The UK’s Trident missiles are maintained at Kings Bay, in Georgia, and future warhead development is closely tied to that in the US. In October 2020 US Marine Corps F-35s deployed with the Royal Navy’s aircraft on the UK’s new Queen Elizabeth class aircraft carrier.

When the planned Integrated Security Review is published at the start of 2021, the incoming Biden administration will be a key audience.

To impress Biden, the Prime Minister is eager to show that the UK can be a close and reliable partner across a range of areas, and not just in the intelligence and nuclear fields.

So eager in fact that on 19 November he announced the defence component of the review, promising over £16 billion of extra money over the next four years and setting out clear priorities.

The UK is reasserting its position as a maritime power, with an emphasis on cyber, space and new high technology systems, such as drones, while army numbers will be kept down.

At one point all this was in doubt when the Chancellor decided to abandon his plans for a multi-year Comprehensive Spending Review (CSR), which risked further delay in sorting out defence priorities, including the Future Combat Air System.

In this respect Biden’s victory has already done the UK’s military establishment a good turn.

A stronger defence establishment is being presented as compelling evidence of ‘global Britain’, contradicting any impressions of withdrawal from an international role. The UK is going out of its way to demonstrate that it remains an ally of good standing. What this will mean in practice remains to be seen.

The Biden administration may well be much more active than its predecessors, and it will inherit unstable situations in the Middle East. Indeed, Trump has gone out of his way to aggravate tensions in Afghanistan and Iraq as a parting gift.

Alliance is tested most keenly at times of crisis and when operations are under consideration rather than when drawing up budgets and affirming solemn agreements. This is as true for the UK’s European allies as it is for the Americans.

The history of defence reviews — the Falklands after 1981, the Gulf after 1990, 9/11 after 1998, Libya after 2010 — is that you can never be truly sure of whether the priorities are right until the next conflict comes along, which may be in a place and in a form that is quite unexpected.

By Sir Lawrence Freedman, Emeritus Professor of War Studies at King’s College London. This article is from our ‘Brexit and Beyond’ report.