Defence procurement: The forgotten battleground in the EU conflict 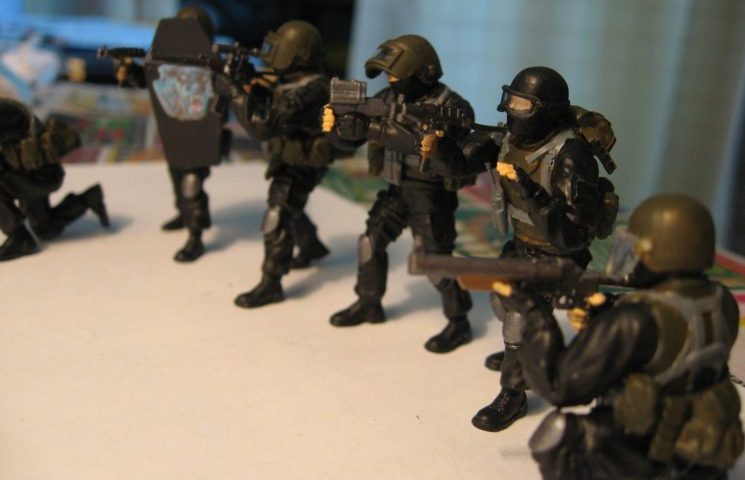 A key battleground in the EU referendum campaign is the UK’s National Security. Some argue that a Brexit would leave the UK weakened and vulnerable to external threats; others claim it might have the opposite effect by acting as a spur to drive the UK to invest greater resources and effort in its own defence. But the thing everyone seems to have forgotten about is defence procurement and the defence industries. These matter: they ensure that the UK has the freedom and independence to act where and when it chooses. With an annual turnover of £30 billion, including exports worth £11.9 billion, the defence and security industry directly employs 215,000 predominantly highly skilled personnel and supports a further 150,000 jobs in a variety of supply chains.

We argue in the International Affairs journal published by Chatham House that the battle lines are drawn up over the age-old EU divide: integration and competition versus sovereignty. The integrationist logic advocates limiting of the use of Article 346 provisions of the Lisbon Treaty (which allow EU states to ‘set their own rules’ in tendering for defence contracts), and supports European Commission-led proposals for a European defence technological and industrial base (EDTIB) to protect EU defence markets from external competition and develop the Common Security and Defence Policy (CSDP).

On the other side are those who prioritise national sovereignty in the production and trade in arms. They push back on open markets, and are strong supporters of Article 346 because it enables the realisation of national security, economic and employment benefits of defence procurement at the national level.

The Factions within the Camps

This position argues that ‘leaving will not undermine the UK’s defence procurement options or industrial capabilities’. It assumes that the UK currently operates a de facto ‘sovereign’ defence procurement policy because Article 346 trumps the influence of EU common market and EDTIB initiatives. As such, it argues that a Brexit would require no modification to Britain’s existing Defence Equipment Plan, national choices about where it buys its defence equipment from, the composition of the domestic defence industrial sector, or incur any dislocation to UK defence export markets – most of which are outside the EU.

This position argues that ‘there’s nothing to lose by staying in, but there are plenty of risks for the UK in leaving’. This pro-Remain faction frames its arguments using the same underpinning assumptions of its pro-UK, pro-Brexit opponents to reach the opposite conclusion. It responds to the pro-Brexit case that the UK would not be worse off it were to exit the EU by pointing out that if this is indeed so, then the UK would be no worse off if it remained. It is likely to echo the pro-Remain claim made elsewhere that the dislocation and uncertainties created by a Brexit risk the future prosperity of the defence industry by citing the findings of recent research which suggests that a Brexit would jeopardise future foreign direct investment in the sector. It also advances the arguments that an EU exit would not liberate the UK from compliance with EU regulations when trading within Europe and, that as a non-member, the UK would have no direct influence over the future content of EU legislation.

This camp claims that ‘leaving will undermine the EU’s defence industry so that the EU and UK will rely on the US to an even greater extent’ by mustering three core arguments. The first is that collective defence and the industry and armaments production to support it is a common endeavour among the EU states in the development of a credible CSDP. The second is that EU security policy should be developed within the framework of the CSDP by fostering joint defence acquisition programmes developed among EU states only. The third is that EU defence market liberalisation should prioritise intra EU defence production and restructuring to create an EDTIB reaching economies of scale approaching levels achieved within the US defence-industrial base. On this basis, it claims that Britain’s exit from the EU will undermine the emergence of a genuinely competitive and strategically autonomous EDTIB, which, in turn, risks undermining the future of ‘security of supply’ of defence equipment sourced from within Europe, leading, in turn, to greater EU reliance on US-sourced defence systems.

This perspective argues that ‘a British exit will remove a barrier to other member states’ desire for “ever closer union” and a European Defence Union’. It is likely to emanate from frustrations in European member states among those who feel that the UK is an impediment to EU integration – a sentiment evident in a 2013 survey responses by a minority of Members of the European Parliament.

In practice, arguments raised by those in Faction 4 are likely to be irrelevant in UK debates or for British voters because it advocates a Brexit because it would be best for the EU. Those in Faction 1 and Faction 2 use the same arguments, but reach opposite conclusions because they are based on different attitudes towards integration. This means that ‘Faction 3’ will be the ‘kingmakers’ in the defence battleground. Faction 2 will pick up on faction 3’s arguments to suggest that a Brexit means the UK will have to rely on US defence technology; the ‘Leave’ campaign will be forced to reiterate that a Brexit offers greater independence in defence procurement and defence-industrial choices. So where does this does this leave the British voter? The short answer is nowhere; the arguments presented by each faction are just that – arguments. There is no hard evidence on which the voter can base their choices, or on which to make informed decisions. So the upshot is that this key, but forgotten battleground in the referendum is going to be competing narratives and spin rather than data and evidence.

By Dr Ben Wilkinson, Senior Research Fellow at the Policy Institute at King’s and Professor Matt Uttley, Professor of Defence Studies. This piece was co-published with Jane Defence Weekly.