Defining Mayism: one nation Conservatism with a hint of papal purple and a dash of Labour red 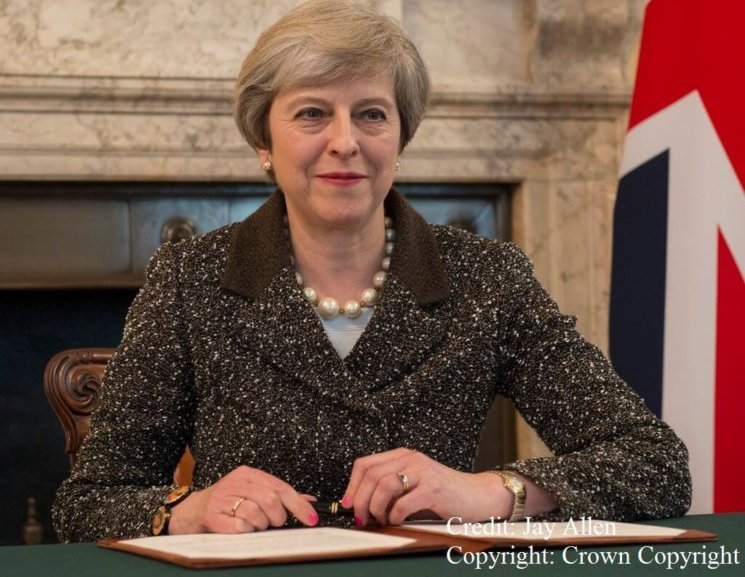 With great modesty, the leader who transformed the Conservative Party into ‘Theresa May’s Team’ told journalists that ‘there is no Mayism’ but only ‘good solid conservatism’. Theresa May’s clarification was received with amused surprise, but she was right in stressing that party leaders are rarely the creators of ideologies.

This being said her demure dismissal of an incisive question posed by a journalist did not hide the fact that she wants to take the Conservative Party in a new direction that is quite distant from Thatcherism. After all, as she made clear in the speech that launched her leadership bid to the Conservative Party, her brand of Conservatism marks a departure from the individualism and market fundamentalism of the last three decades.

We believe everybody – not just the privileged few – has a right to take ownership of what matters in their lives. We believe that each generation – of politicians, of business leaders, of us all – are custodians with a responsibility to pass on something better to the next generation.

The Conservative manifesto launched yesterday, as well as the several speeches May delivered since she announced her bid to the leadership of the Conservative Party, suggest that her particular brand of Conservatism is mostly One Nation, but is also inspired by Christian democratic thought and by the social democratic agenda of the former Labour leader Ed Miliband. From these three ideological traditions May extracted different elements and blended them in a manner that is entirely consistent with conservatism.

What seems to have motivated this ideological change of gear was the result of the referendum on EU membership. May claimed that Brexit was ‘not just about a vote to withdraw from the EU’ but it ‘was about something broader – something that the European Union came to represent’.  In an attempt to convince the sceptics in her party about the need for change she warned them about the consequences of ignoring the Brexit vote: ‘If we don’t respond – if we don’t take the opportunity to deliver the change people want – resentments will grow’ which will be exploited ‘by those parties who embrace the politics of division and despair.’

She also presented Brexit as an opportunity to address Britain’s long-term economic problems – namely, low productivity and an overreliance on the financial services industry based in London – which would be exacerbated by Britain’s withdrawal from the EU.

From One Nation Conservatism she extracted three key elements. The first element is the One Nation laser focus on the party’s electability. As Robert Walsha reminds us, One Nation Tories always saw themselves as ‘guardians of electability’. This focus informed an ideological malleability that is reflected in Disraeli’s support for trade union rights and for the Reform Act of 1867, in Stanley Baldwin’s support for the welfare state, for state intervention in the economy and in industrial relations and now for May’s blatant incursions into the 2015 Labour Party manifesto.

This ideological plasticity does not mean that anything goes for One Nation Tories. One Nation Conservatism reflects a traditional conservative approach to politics. That approach is sceptical of human nature and of the idea of progress. This scepticism informs the One Nation’s dismissal of ideological grand plans to solve society’s problems and it shapes its rejection of equality as an attainable political goal. This attitude is the second trait that May borrowed from One Nation conservatism. Indeed, the Conservative manifesto bluntly guarantees that a May government will not pursue ‘ideological crusades’ and ‘will not be allowed to drift to the right’.

The third trait May borrowed from One Nation conservatism is this tradition’s commitment to seeking some balance in society. The search for balance means that One Nation Conservatives are of course supporters of private enterprise but believe that the state has a role to play in the economy. As the late One Nation Tory Ian Gilmour put it in his book Inside Right ‘there is no ideal extent of government intervention (…) what position should be varies from time to time and from country to country’. So, when the pendulum swings too much in one direction One Nation Tories tend to advocate a move in the opposite direction.

Reflecting this One Nation instinct May seems to be trying to balance the pendulum that in the last decades swung too much in the direction of free markets. In this One Nation spirit May claims that the state ‘can be a force for good’, defends an active industrial policy, and the representation of employees’ interests in the boards of companies  and taxation as a ‘sign of a civilised society’. She even promised to tackle the ‘irresponsible behaviour from business’.

Incidentally, One Nation Conservatism shares this ideological pragmatism and concern with balance with Christian Democracy, a Continental political tradition that Conservatives prefer to ignore for its associations to ‘Popism’. As Van Kespergen showed, Christian democratic parties (parties that place themselves in the centre-right) implemented co-determination rules (which enable workers to participate in the management of companies) all over Western Europe.

Christian democracy’s support for co-determination reflects a particular understanding of the role of the state that is shared by the Prime Minister. For Christian democrats the state should supplement, not supplant, non-governmental bonds of solidarity. Thus, Christian democrats are keen to enforce corporatist bargains between labour and industry, defend poverty relief for those in need, property ownership for workers as well as their involvement in companies.

But perhaps the strongest inspiration Mayism takes from Christian Democracy is the sense of communal moral purpose. The idea of ‘common good’, expressed in May’s assertion that ‘true Conservatism’ means ‘a belief not just in society but in the good that government can do; a respect for the local and national institutions that bind us together’, is at the heart of Christian Democracy and it reflects the Catholic roots of this doctrine.

The third element of Mayism is, as observed by many commentators, Milbandism. May’s foreword to the Conservative manifesto was written many times by Miliband, in particular her promise to create the conditions for ‘a Britain in which work pays, with a higher national living wage and proper rights and protections at work’. May stole other themes (the squeezed middle, predator capitalism), ideas (intervention in energy markets, the entrepreneurial state, vocational education, regulation of executive pay) from Miliband.

Above all, she borrowed ideas from his predistribution agenda – which was an extensive programme that went from the idea of fixing markets, protecting workers from job insecurity and low pay to the promotion of an active industrial policy.

But whilst May stole the ‘means’ of Milibandism she rejected its ‘aims.’ Miliband saw predistribution as a mean to reduce inequality, but May used it to address the weaknesses of the British economy and to face the economic challenges created by Brexit. Like One Nation Conservatives and Christian Democrats, Theresa May does not believe in equality. Instead, she prefers to talk about fairness and meritocracy.

In short, the Conservative Party manifesto confirmed that Theresa May’s brand of Conservatism is One Nation blue to its fingertips, but with a hint of papal purple and a dash of Labour red.

Dr. Eunice Goes is Associate Professor at Richmond University and she is the author of The Labour Party Under Ed Miliband: Trying but Failing to Renew Social Democracy.