Deputising for the Prime Minister 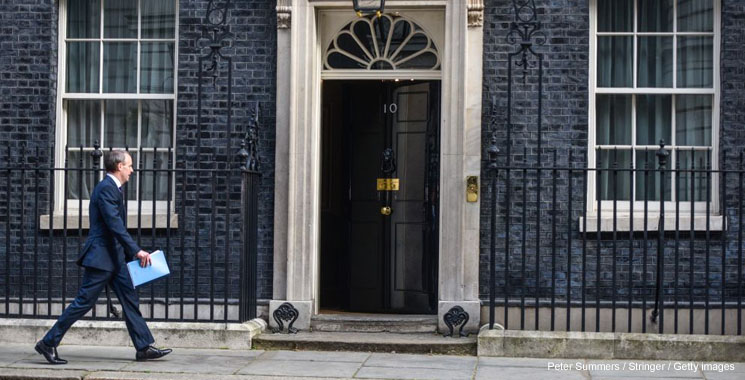 The Prime Minister heads the government, but exercises no statutory powers. His position derives from being the monarch’s first minister and exercising powers that still inhere in the Crown.

There is one prerogative power that still formally rests with the monarch and is not exercised under advice (though the monarch may seek advice) and that is the appointment of a Prime Minister.

Usually, the choice is determined by convention, with the monarch selecting the party leader returned with an overall majority of seats at a general election.

However, sensitivity as to the exercise of the prerogative has limited the scope for the appointment of a minister as the Prime Minister’s deputy.

Although since the time of Clement Attlee during the Second World War, some ministers have been titled Deputy Prime Minister, it has been precisely that – a title and not a salaried ministerial post.

Even as late as 1989, when Geoffrey Howe was offered the title, the Prime Minister’s private secretary, Charles Powell, contacted him to say that Buckingham Palace ‘had had a little difficulty in accepting the official description “Deputy Prime Minister”.

They were proposing to follow the precedent of Eden with Churchill and use the form of words: “Sir Geoffrey will act as Deputy Prime Minister”. Was that all right?’

Although the title has now been more formally recognised (think Heseltine, Prescott, and most recently Clegg) it carries no automatic rights or duties; not only is the title conferred by the Prime Minister, so too are the tasks associated with it.

It confers no independent constitutional authority to stand in for the Prime Minister when the premier is absent, and above all no right to succeed the Prime Minister. Succession remains formally a matter for the Crown.

The same applies with the post of First Secretary of State. This was created by Harold Macmillan for R. A. Butler in 1962 as a salaried ministerial post. The title denotes seniority: the First Secretary outranks other Secretaries of State.

However, the title also determines the status of the office holder in relation to other ministers, not the Prime Minister.

The Prime Minister determines who, if anyone, holds the post and what duties the First Secretary will perform, typically chairing Cabinet committees and co-ordinating policy within government.

As with the title of Deputy Prime Minister, the post of First Secretary confers no right of succession, or indeed any right to deputise for the Prime Minister in the premier’s absence.

The holder need not be the Foreign Secretary – indeed, George Osborne held the title for a little over a year, in the second Cameron government.

In short, in the absence of the Prime Minister, there is no minister who by virtue of their position is the automatic understudy.

Furthermore, there is no designated period for which someone can deputise for the Prime Minister.

A Prime Minister may be away for a very short period of time, or the period may run into weeks or months. Churchill, in both wartime and peacetime, was variously out of action because of ill health, on one occasion for about three months.

Throughout, the Prime Minister remains as such. Whoever stands in for him chairs Cabinet and ensures, through the Cabinet Office, the co-ordination and implementation of government policies.

The Cabinet remains, as defined by the Haldane Committee in 1918, the body that collectively determines the policy of government.

The Cabinet may look to the Prime Minister for leadership, but there is an infrastructure for the conduct of business regardless.

The Prime Minister’s position as premier to designate someone to stand in for him is well established by precedent.

It is premised on the Prime Minister being temporarily unavailable and able to resume the reins of office when they return.

Even when away, they may still stay in contact, as appears now to be the case with Boris Johnson as he recovers from Covid-19. What happens in the event on permanent incapacity engages different constitutional considerations.

The constitutional position has not kept pace with the political reality of party leaders being elected by party members, a process that may take weeks or even months. In that instance, an interim or acting Prime Minister may be appointed.

There is no constitutional bar to such an appointment by the monarch (and there is a precedent deriving from 1834), and it is within the monarch’s prerogative. Less clear, though, is who would proffer the name to the monarch to fulfil that position.

By Philip Norton, Lord Norton of Louth, Professor of Government at the University of Hull and a Conservative peer.