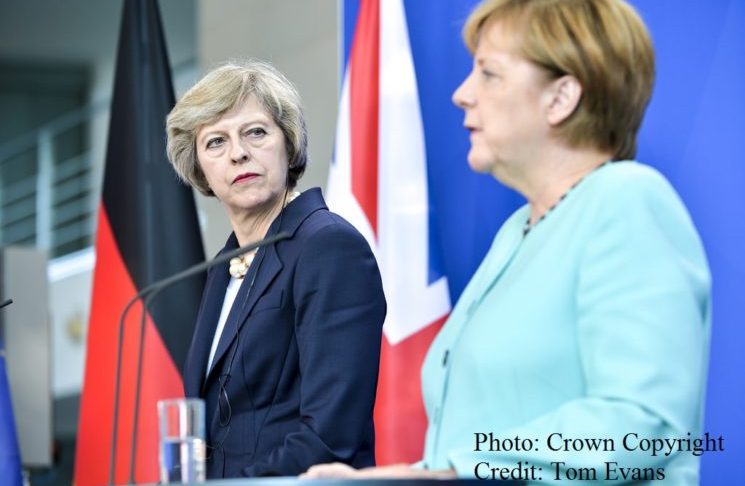 An urgent task facing the new Prime Minister, Theresa May, will be to submit Britain’s formal notification of intent to withdraw from the European Union as set out under Article 50. That will trigger the beginning of a two-year negotiation process agreeing the terms of Brexit itself and, we believe, the post-membership UK-EU relationship to follow. How speedily the government will launch this process is not entirely certain, although indications are that this will not be until early-2017, once the UK negotiating position has been agreed. Delay has the attraction of buying the new government some time to prepare itself for complex negotiations ahead. On the other hand, postponing unduly the start of Brexit talks risks adding to potentially damaging uncertainty for the wider economy.

Since the EU referendum most expert commentary has focused on the nature of the UK’s future relationship with the EU. Less has been said of how, once initiated, the negotiating process between the UK and the EU-27 might unfold. Article 50 is silent on this.

Reports indicate an EU preference for sequential rather than parallel negotiations, i.e. settling the terms of the UK’s exit from the EU before the terms of any new relationship are discussed. For some this reflects a strict reading of Article 50, i.e. that it is designed to handle the process of exiting the EU and not to address the content of any future relationship between the UK and the EU27 (that being tackled subsequently under the auspices of Article 216 or 217 TFEU). But this would greatly complicate matters and is arguably not in the interests of either the UK or the EU27 who both might lose under such a strictly demarcated strategy. This suggests to us that a negotiating structure accommodating both elements of these discussions is required and, moreover, one that is sufficiently flexible to ensure the negotiations are complete by the end of the 2-year window.

One approach that would meet these objectives is to adopt a “reverse enlargement” model. The enlargement process provides a structured model of engaging applicant states in both high-level political negotiations that precede formal accession negotiations on a chapter-by-chapter basis, once political principles are agreed. Further, EU enlargement provides for a post-membership transition phase during which various elements of national laws and policies in the candidate country are aligned to the acquis communautaire. We suggest that this model could work in reverse and structure negotiations for the disassociation of a current member state.

This model has four principal advantages.

First is its familiarity to the Commission and member states. As with the enlargement process, the Council agrees a negotiating mandate and tasks the Commission with undertaking the detailed work with the UK. The negotiations would be grouped around the conventional “chapters”, each being provisionally closed once preliminary agreement had been reached. This leaves open the possibility that “nothing would be decided until everything had been agreed” by the Council. However, binding agreements could be reached on specific “fiches” at any stage in the process, e.g. protecting the rights and interests of migrant workers and their families.

Second it allows the two strands of the Brexit negotiations (exit and a new relationship) to be progressed in parallel. This is the only sensible approach insofar as a sequential negotiating process would be highly inefficient and extend the uncertainty considerably. By contrast, as the parallel chapter-by-chapter negotiations proceeded, the terms both of Brexit and the new relationship would be under consideration. That would allow certain elements of the current relationship to be preserved post-Brexit where there was agreement.

Third, the Brexit negotiations could provide for a “legacy” phase to follow the conclusions of negotiations but prior to a formal exit from the EU. Thus, particular EU programmes could be wound up smoothly during the legacy phase, and a transition made to the provisions under the new post-Brexit relationship. This would not involve extending the negotiating period, but rather implementing the agreed transitional measures set out in the formal Brexit agreement pending formal Brexit on a date some years hence, when the UK formally ceases to be a member state. Phasing out UK membership in this way permits a more orderly exit than all policy cooperation suddenly coming to an end at the end of, say, 2018. The length of the legacy phase need not be defined in advance, though based on enlargement transitional phases it could be anything up to 5 years.

Finally, and solely from the UK perspective, this “reverse enlargement” model offers a pragmatic framework for the internal Brexit negotiations within Whitehall and the devolved administrations.

Within Whitehall it would entail the ‘Brexit minister’, David Davis, and his officials dividing up responsibility for individual chapters to individual departments. The existing Cabinet Committee on Europe—either with expanded membership (or a dedicated Brexit sub-committee) would bring together ministers from affected departments to discuss specific policy issues relating to the negotiations in Brussels. A dedicated official-level committee would undertake the groundwork. The existing inter-ministerial structures on EU policy were in fact adapted from the original arrangements for negotiating entry; now they would also be reversed.

The devolved administrations would need to participate in discussions around the specific chapters that impact on their competences, including regional and social policies, and agriculture and fisheries. Subsequent to Brexit these devolved policies will be able to diverge much more across the UK. The UK government’s reserve on EU policy—the existing centripetal feature—will no longer apply and the scope of the devolved administrations’ powers will expand accordingly.

Negotiations on other chapters—for instance foreign policy—would be the exclusive remit of UK Government, while some others might have a limited role for the devolved administrations. In any event, it has already been agreed by the new Prime Minister that the devolved administrations should play a role, and this structure offers a way for them to do so. The precise method for their engagement would need to be elaborated but could be overseen through regular meetings of a greatly upscaled Joint Ministerial Committee on Europe. Each negotiating chapter would also need to take into account the impact on Gibraltar.

The process of Brexit and its consequences promise to be complex, time-consuming and far-reaching. However, we suggest “reverse enlargement” would bring some order at both EU and UK levels in handling this complicated agenda.